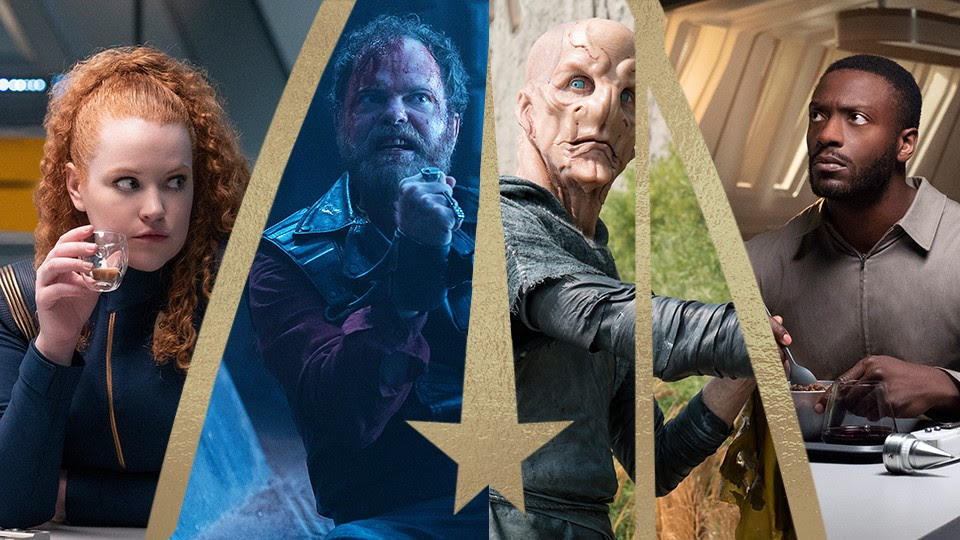 Star Trek Discovery tried an innovative approach in keeping it’s audience’s attention and building interest- it put out four shorts (each approximately 15 minutes long), one each month starting in October. They were non-linear, with three of them showcasing fan favorites.

Ensign Sylvia Tilly was featured in the first episode, with a short that featured Tilly befriending a stowaway alien.

Tilly, in all her awkward glory, has become a favorite of the Discovery crew for many viewers (including me!). In this short, she accidentally meets a new species of alien that can turn invisible. When the two encounter one another in the mess hall, chaos erupts, but when other crew members arrive for a meal, the shambles can be attributed to Tilly being known for unintentionally being a magnet for mayhem. I had to have a huge suspension of disbelief that Tilly never reported this alien, even for the somewhat valid reasons for her being there, and got away with transporting her back to her home world. Wouldn’t there be logs of those kind of transmissions? But I digress. The friendship between the two and the character development you see in Tilly make up for these issues, and it was a sweet slice-of-life short.

This short proved to be the most atypical as it is set 1000 years in the future and is set on the empty USS Discovery, and the title name refers to a story in Greek mythology.

An unnamed human soldier, who later goes by Craft,  is found drifting in an alien shuttlecraft and inadvertently comes near the USS Discovery.  A tractor beam brings him inside the ship and he awakens in sick bay. Wary, he tries to escape, but he is calmed when the female speaking through the intercom is friendly and non-threatening. We find out the ship had been abandoned 1000 years prior by the crew, and the AI has evolved in that time and calls herself Zora. Craft shares that he was escaping a battle and wants to be reunited with his wife and child, whom he hasn’t seen in ten years. Craft and Zora (in holographic form) bond, and there is a poignant scene in which the two recreate a dancing scene from the movie Funny Face.  The ending harkens back to the title of this episode, and if you aren’t familiar with that myth, look it up!

Commander Saru gets an origin story that explains how the first Kelpien joined Starfleet.

We first meet Saru, living a quiet agrarian life with his father and sister, but the village lives in fear as an alien nation demands tributes on a regular basis. When the alien ship drops some technology Saru examines it on the sly, refusing to accept that this life is all there is. His questions to his father are rejected but he continues trying to send out a message to others beyond his home planet.  Time goes by, but he eventually receives a message from an unknown ship that they will arrive the next day. I gasped with who stepped out of the shuttle, and I’m sure all Trekkie fans started checking their Star Trek canon to see if the years matched up. While this story had a bit of a discrepancy with what Saru previously shared about his home world (edit- and a comment in the first episode of the second season didn’t match either), this was a lovely origin story. His last quote “I saw hope, in the stars. It was stronger than fear. And I went towards it” was perfect.

Harry Mudd, an expert on long-cons, pulls the wool over many bounty hunters and renegades in a clever way in this last episode.

Mudd is a recurring scoundrel in the Discovery series, based off a character that only appeared twice in TOS. Actor Rainn Wilson is having fun with this role, so his inclusion in one of the shorts was welcome. In this episode Mudd has been sold by a bounty hunter to an alien that was previously wronged by him. We see Mudd also trying to get out of previous jams with other aliens, so we don’t know if this current alien will fall for his tricks. The way he was begging not to be taken to the Federation made me think of Brer Rabbit, and the reveal at the end of exactly how this rogue got out of trouble again was ingenious.

All four of these shorts were strong, and each had a different feel. They were a wonderful lead-in to the start of the second season of Discovery and I hope they continue making them for future seasons. In the meantime, live long and prosper, my friends!