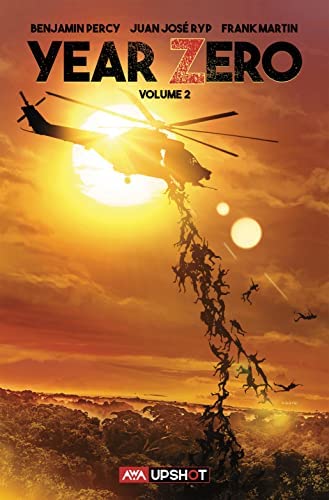 I’m a sucker for zombie stories, so I picked up this new Year Zero series, which proved to be World War Z in graphic novel form.

In the first volume, the outbreak had just occurred and we were introduced to five different individuals all over the world. While I expected this second volume to pick up with those characters again, instead we meet four new ones a few months into this new apocalyptic world. There is the sadistic Columbian drug lord, a pregnant woman trapped in an Arizona big-box store, a Rwandan doctor consumed with guilt, and a Norweigan sea captain and her two grandchildren who are trying to elude pirates on their fishing boat. The fates of these new survivors were more at risk than in the first volume, which made it harder to connect with them, as some died and others had implied grim endings. We also get some world-building in the form of a few letters throughout this slim volume.

While Benjamin Percy remained the author, the artist and colorist changed to Juan Jose Ryp and Frank Martin. The art remains strong with great details, with coloring shifts for each location change, which helps somewhat with the constant back and forth. I do wish Percy spent more time with each character at a time, for often it shifted every two to three pages.

While I still remain interested in this series, I’m not up for volume three to introduce even more characters. I hope they start to connect the characters still left alive from these first two volumes, and begin to braid their stories together as they learn to cope with the new world order. 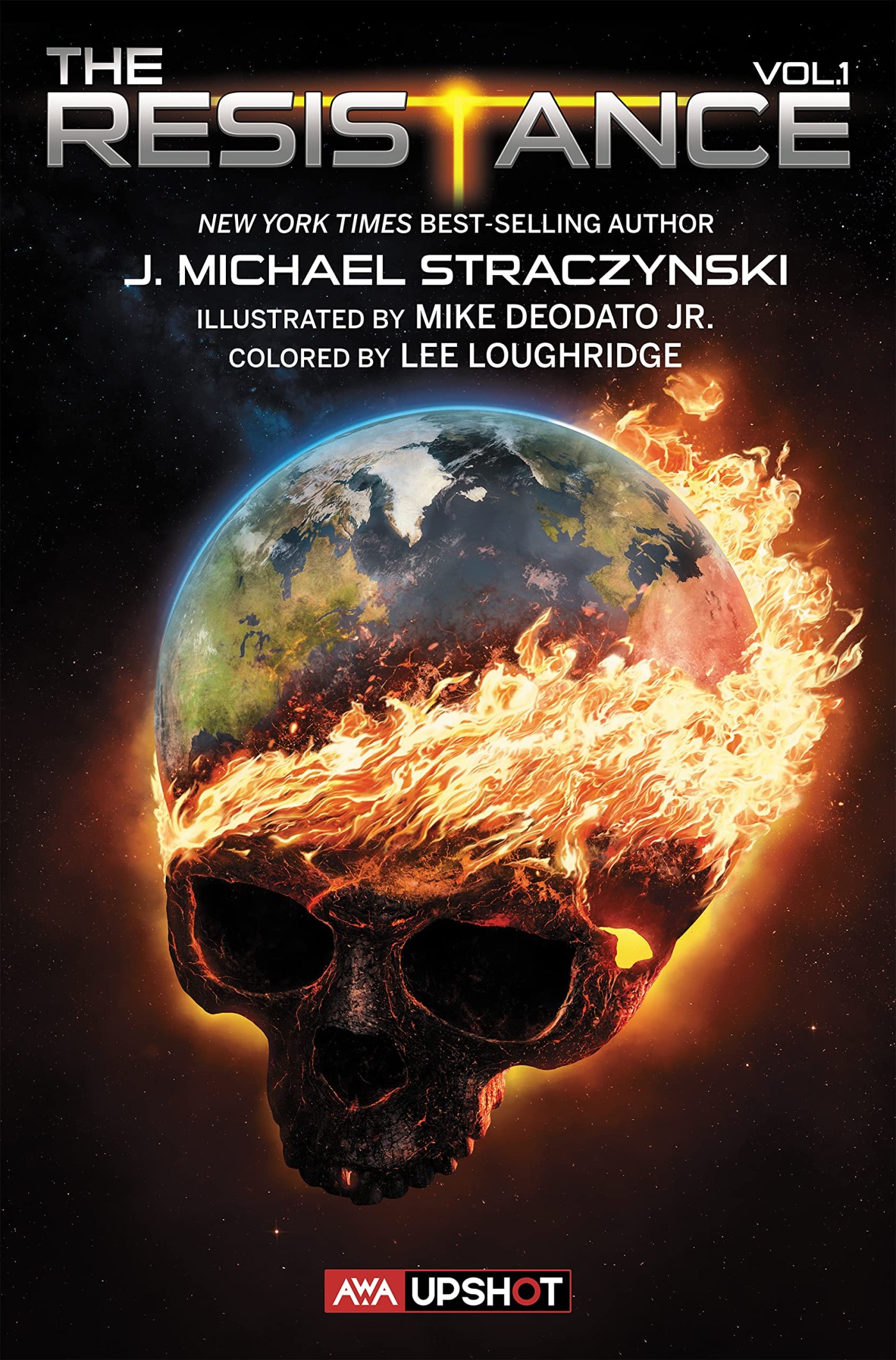 Back in 2020, I read the first issue of The Resistance through Free Comic Book Day, and I said, “The evocative cover drew me in, and this story ended up being my favorite FCBD issue as it was a complete first issue of a new series, not just a taste like so many FCBD stories are. In fact, the narrative is eerily similar to what we are going through now, as a pandemic sweeps through the globe. In this tale, the pandemic is even more deadly, with a 95% fatality rate. But suddenly, the virus stops- as if a switch were turned off. The remaining world needs to regroup, with hints that there might be a mystical or otherworldly reason for what happened.”

Reading the entire graphic novel after a solid introduction was enjoyable- the world building was strong, for while the first chapter showcased a pandemic that changed the world order, the remainder of the book deals with the fallout. With only 5% of the world population remaining, political alliances are in turmoil, when suddenly millions of survivors begin to manifest superhuman powers (shades of the Marvel X-Men). What do these new powers symbolize- will these evolved humans bring hope to a fragile Earth, or are they super soldiers that were mutated by some aliens who plan to overthrow our planet? Governments step in to control these “reborns”, but many are cautious of the authority that is placed upon them, thus a resistance is born.

The art is solid and was appropriately shadowy and moody considering the storyline. The artist Mike Deodato Jr is very fond of grid overlays (see bottom picture) and it works very effectively. Deodato is an established artist, and his work reminds me both of Michael Gaydos’s work in the Jessica Jones graphic novels and a grown up version of the scratchy art I recall from Image’s early days in Wild C.A.T.S. and Youngblood.

Author J. Michael Straczynski offers fresh commentary about heroes and villains and ties it all into our current pandemic and certain fascist regimes. But he also has fun with it, as one of the chapters is just plain entertaining as you follow James, a new reborn being introduced to a superhero school, and he gets a behind-the-scenes look at how fake and controlled the heroes are. He was obviously inspired by the Marvel, DC, Invincible and Jupiter’s Legacy hero worlds, but makes it all his own. In his afterword, he mentions this will be a new universe that other AWA Upshot authors can connect into, so I look forward to this continuing story plus other tie-ins!