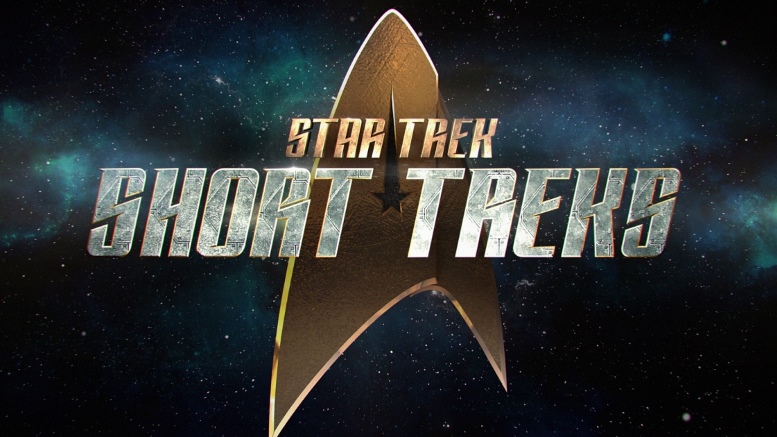 Star Trek Discovery tried an innovative approach in keeping it’s audience’s attention and building interest- it put out four shorts (each approximately 10-15 minutes long), between Discovery’s season one and two. This second time around there were six episodes, two of which were animated, and timed to coincide with the premiere of Star Trek Picard.

The first episode took the popularity of season two’s young Spock, Number One and Captain Pike and gave them their own prequel to us meeting them on the U.S.S. Discovery. Spock is beaming aboard the U.S.S. Enterprise for the first time as an ensign and meets Number One who he gets trapped in a turbolift with. Their prim and proper conversation takes a turn for the personal, with a fun but odd singing rendition of I Am The Very Model Of a Modern Major General by both of them. They later pretend to meet for the first time in front of Captain Pike. I did have two problems with this episode- they should not have been wearing those uniforms yet, but most importantly, I like them so much that I want them back on Star Trek Discovery in season three (or even better- a spinoff of their own)!

The Trouble With Edward

This episode was hysterical! I was laughing so hard that my oldest son sat down with me to finish watching the episode after I gave him a quick overview of the iconic TOS episode The Trouble with Tribbles. While my three children are all Star Wars fans, I’ve never gotten them interested in Star Trek (to my everlasting shame) so having him watch this short trek with me was a victory indeed!

New Captain Lynne Lucero is assigned to the starship U.S.S. Cabot (and is escorted there by Captain Pike) where she meets scientist Edward Larkin who is conducting some morally questionable experiments on alien Tribbles, for he wishes to use them as a food source on a starving planet. Ordered to stop, he does not, and the Tribbles start to breed out of control, eventually overtaking the entire ship. While Starfleet officers are usually professional, Edward’s ego got the best of him (as did the Captain’s frankly), and the sequence of events afterward is comical. Captain Lucero’s explanation to an admiral board of review is accurate and a perfect ending to this episode. (BTW, this is the first time chronologically we see a Trill alien in Starfleet)

The third Short Trek with dreamy Captain Pike! When Starbase 28 is attacked, Cadet Thira Sidhu is tasked with guarding a mutinous prisoner who no surprise is Captain Pike. Pike attempts to convince Sidhu into releasing him, but she refuses despite her husband being on board the starship in danger. Pike then reveals that this is a simulated test, and because of her fortitude she is welcomed aboard the U.S.S. Enterprise as an engineer. We even get a brief look at Spock and Number One when she beams abroad. While I very much enjoyed this mini-episode, the likelihood of a captain taking the time to screen applicants for his ship like this is extremely unlikely. But I’ll let is pass, as this might have been our last opportunity to see Pike, Spock and Number One together.

I was unsure about the animated shorts, but this first was adorable! Set in TOS timeline, a mother Tardigrade wants a safe place to lay her eggs, when The Enterprise disrupts her, so she follows the starship to see if it would be a viable location. She is witness to some iconic episodes- Space Seed (Khan!), The Trouble With Tribbles, The Naked Time (shirtless Sulu with a sword), Who Mourns For Adonis? (giant green hand in space), The Doomsday Machine (the big planet killer), The Tholian Web (orange energy cube), and The Savage Curtain (hey, whats President Lincoln doing in space?!), along with some other shoutouts to TOS happenings.  A droid, Dot, tries to stop her but later realizes her intent and there is a heartwarming ending. The animation was colorful, amusing and will appeal to all ages.

The Girl Who Made the Stars

As much as I loved the previous animated short, I did not like the second one at all. In this episode, we are shown Michael from the Star Trek Discovery crew, as a young child who is afraid of the dark. Her father wishes to reassure so he tells a tale of a young girl from Africa who brings stars to her tribe, as a gift from an alien she met. This story rubbed me the wrong way because a problem I have been having with the Discovery series is that Michael is just so earnest, and she and she alone is the savior of her ship and mankind. This cloying fairy tale-esque episode reinforced that issue which makes me wonder if Star Trek Discovery will fall to the wayside for me soon. 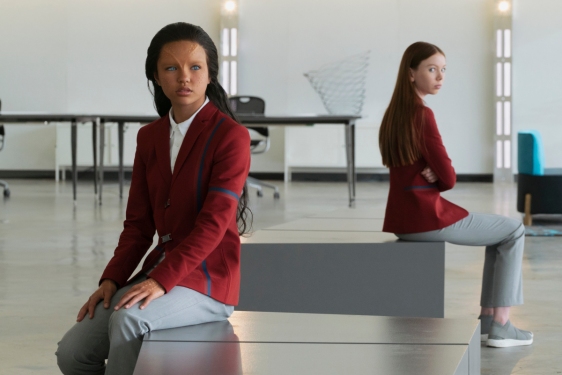 This mostly wordless episode ties in with the Picard series as a prequel to Picard’s timeline, set in 2385, when Mars was attacked by deviant synthoids. The story begins with two girls who attend boarding school on Earth, speaking with their parents who are workers on Mars before they leave for school. The girls get into a skirmish at school and escalate it until they are truly fighting in the hallways.  As they are awaiting punishment from the Vulcan principal, the news is announced and the girls each realize they have lost a parent, and link hands in solidarity. We briefly see Picard on a screen when he was still an Admiral and this all fits into the mystery of Picard’s storyline. This episode was effective on many levels- it showed youth in school as we don’t see many children or family units in the Star Trek world, the catastrophe will sadly remind viewers of iconic tragedies such as 9/11 or the Challenger explosion and ties in neatly with the timeline and reasons for Picard leaving Starfleet.

All in all, I found five of the six episodes strong. These shorts allow some additional ideas to be developed that there is no time to explore in regular episodes. Fan favorites such as Pike, Spock and Number One got more character development, and threads that connect to the newest series were introduced. It a smart move by CBS to produce these mini-episodes to keep interest strong in the franchise and keep subscribers from dropping the paid platform. However, for me, I waited until Picard premiered to re-up my subscription and just caught up with these shorts at that time. So, soon enough you can expect a Star Trek Picard post from me. In the meantime- live long and prosper!

I have a secret…although I profess my love for Star Trek, I have had a hard time following this new series, and have only very recently finished the second season although the finale came out months ago. In theory, I DO like this series, as I’ve shared in the posts I wrote about the beginning of Season One and then when I finished it. But each season I’ve had some time constraints that popped up mid-season and I had to put my watching on hold, and then I struggled with finishing the final episodes.

The first season was atypical to what most Star Trek series have been like, and I came to think of it as more Star Trek-inspired than truly a Trek show. With a mid-season break, the creators seemed to do a bit of course correction and tried to hew the last few episodes of season one towards established canon. Captain Pike, the predecessor of the Enterprise’s Captain Kirk, was introduced and it seemed as if season two might try to actually be more Treky. They even cast a new Spock to be introduced as a pivotal character as the foster brother to Michael Burnham, the lead of this series. I truly enjoyed the four Short Treks that started off the season as teasers for the regular episodes to come. But alas, season two went off the rails with an extremely convoluted storyline.

*Spoiler alert* At the end of season one, Discovery meets up with Enterprise that had been on a faraway mission and sat out the recent war with the Klingons. With Captain Lorca no longer with the ship, Captain Pike is sent over to captain the USS Discovery as the USS Enterprise is docked for repairs. This sets us up to meet a young Spock who is in the midst of a mental breakdown and not anything like what we expect from TOS. Spock and Michael are brother and sister as Spock’s parents took in an orphaned Michael as a child and their connection is forced and ridiculous. There is a huge absurd storyline about a Red Angel visiting at pivotal battles to help and it ends up with the two of them needing to save ALL HUMANITY with a time-traveling space suit. In the midst of all this,  a character is brought back from the dead and my favorite character Tilly has to fight the most annoying alien ever. Three of the Short Treks tie into the narrative at the conclusion, and in the end, the crew splits up, with some of them having to go to the future with the USS Discovery.

It doesn’t bode well that many of my favorite characters were left behind in their present-day, while Michael and many of the younger crew members were sent to the future. I assume that’s not to say we will never see them again, cause come on its Star Trek; but I will miss Captain Pike, young Spock, Number One, love-struck Ash, Klingon Chancellor L’Rell and mirror-universe Georgiou. Michael was really grating on my nerves, with way too much focus on her and her earnestness, so more of her next season is not appealing. This turned out to be a pretty negative review of Discovery, but I’m not ready to give it up yet. The recently announced new Short Treks look promising and I will be all in for the new Picard series next year!

Live long and prosper, my friends!