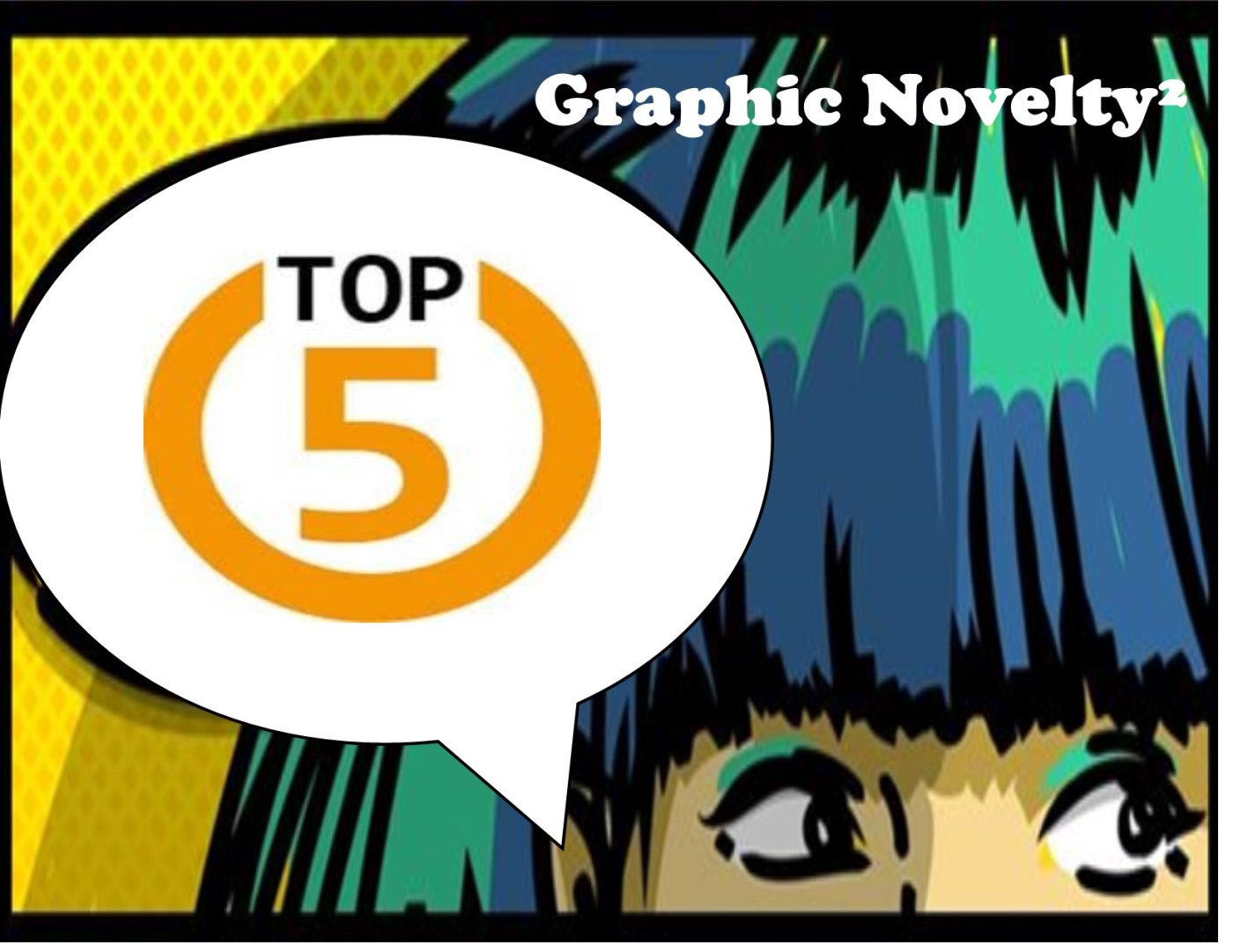 Top 5 Wednesday is a weekly meme from Goodreads, created by Lainey from Gingerreadslainey and now moderated by Sam from ThoughtsOnTomes. This week’s topic is: Favorite Non-Written Novels!

If you read our blog, you know that a bulk of it is devoted to reviewing graphic novels, so instead I will choose to concentrate on audio books this week. I have a bit of a drive to work, and a heavy course load for my masters, so audio books are a perfect solution for me to enjoy novels when I drive. What made all of these books stand out was how they were voiced. I loved how some of the books had several different actors voicing the characters, for it made it more realistic and made the stories come alive. All of these editions will make you fans of audio books, if you didn’t love them already.

Leonard: My Fifty Year Friendship With A Remarkable Man by William Shatner- read by the author

William Shatner is known for his bombastic personality, and he remains true to form in this poignant novel about Leonard Nimoy. To be honest, this is a book that most likely will only appeal to Trek fans…of which I most definitely am.  But to hear Shatner’s voice describe his friend, IMO, is the only way to read this book. WS’s well known vocal idiosyncrasies just added to the experience.

In many ways it is a love letter to Leonard, but this book is as much about WS as it is about LN and is a way for WS to process his feelings that in the last years of LN’s life, the two had stopped speaking. WS shares many details about LN’s early life, for they both came from immigrant families of Jewish heritage, and this commonality bonded them when they started working together on Star Trek TOS. In many ways though, they were yin and yang, with different personalities and ways in which they approached their acting careers. Despite many misunderstandings, jealousies, and practical jokes their friendship endured beyond their working relationship. That there was bad blood at the end (at least from LN’s perspective), was sad, but that their friendship had lasted for so long beforehand was actually the surprise. This was a lovey tribute, and I enjoyed the behind the scenes look at these two iconic actor’s lives. For all Star Trek fans, I wish for you to live long and prosper!

A fantastic YA historical fiction book, set in 1945 in the waning months of WWII. We meet four teens who converge on the ship Wilhem Gustloff to take them across the Baltic Sea to safety, and each carries a terrible secret. Joana is a nurse from Lithuania who is of German ancestry (guilt is a hunter), Florian is a Prussian art forger (fate is a hunter), Emilia is a Polish girl hiding her identity from the Germans (shame is a hunter), and Alfred is a toadish Nazi soldier stationed on the ship (fear is a hunter).

Told in short alternating chapters from each of the four perspectives that eventually intertwine, the story unfolds as the first three teens, who are refugees hiding in the countryside, slowly make their way to the port of Gotenhafen (now named Gdynia), Poland. I found the events behind the real evacuation fascinating, and it prompted me to research this little known maritime disaster. There are war atrocities detailed, and the the fate of some is sad, but this book is a well researched chapter of history that more people should be aware of.

Historical fiction at it’s finest! Set in 1241 in the countryside of Provensa France, after the bloody Crusades when religious fervor was still strong, the story details the unlikely friendship between Dolssa and Batille.

Dolssa is a woman of noble birth who is declared a heretic after she preaches of her passionate love for Jesus, whom she believes speaks to her. She escapes a public execution and is found near death by Batille, a young woman who work’s at her family’s tavern and is the village matchmaker. Batille and her two sisters hide Dolssa as she mends, although they are putting themselves in grave danger from Dominican Friar Lucien who vows to find her. Dolssa comes out of hiding to heal some villagers who were dying, and word escapes that there is a healer in their midst, for truly her beloved has given her some of His powers.

Vaguely reminiscent of Les Misérables (also French), the friar and his fellow Inquisition cohorts track Dolssa down, as they plan to burn her at the stake. The religious terror that envelops the village is gut wrenching. The book had made the residents come alive, so to see the Inquisitors torture and trick the people into betraying the young women was heartbreaking. Villagers turn against one another to save themselves, and I could see the roaring fire in my mind’s eye. Despite this, some heroes emerge at the burning, and there are still some miracles and tricks to be revealed.

This tale of friendship, love, loss and devotion will stay with you. The end of this richly researched book ends with an author’s note, and an additional reading list, for those who wish to know more of this era.

To Kill A Mockingbird by Harper Lee- read by Sissy Spacek

This book is perfect in every way possible. I had read this back in high school, and while the themes of the story had stayed with me, I had forgotten many of the details of the Finch’s lives before and after the trial. This is why it is important to reread books at various stages in your life- you can see so many different threads in the book depending on your new life experiences. The symbolism of the mockingbird in the story, of innocence being destroyed by evil, and intolerance and injustice not always being balanced by integrity was so well written. The town and it’s inhabitants seemed so alive and very real to me, so I eagerly look forward to Go Set a Watchman and dearly want to know what the future holds for Scout, Jem, Atticus, Dill, Boo and the remaining Robinson & Ewell families. (Edit- don’t read GSAW if you wish to keep TKAM pure in your mind. I wrote this review a few years ago on Goodreads before I read the “sequel”)

This book was a mix of several of my favorite genres- short stories, historical fiction and non-fiction. Every single story was amazing, even if it dealt with difficult subject matter, for the stories were based on real people or events in history. I will definitely be spending some time researching some of the information/sources that the author based her stories off. Some spoilers ahead.

Man and Boy: Jumbo the elephant & his loving zoo keeper are about to travel to the US. Onward: A lovely story of second chances and a promise of a clean slate through immigration. The Widow’s Cruse: The widow is not what she seems and plays the lawyer beautifully. Although you never find out why she did it- I was rooting for her to escape. Last Supper at Brown’s: Another story of an unlikely duo getting away with a crime. Counting The Days: So, so sad. The couple was so close to being reunited and there was no way to get a message to the wife to tell her what happened. The letters between the two showed both a loving but realistic marriage. Snowblind: A Yukon Brokeback Mountain story. The Long Way Home: A melancholy story of the limited options many women had and how they suffered because of their men’s choices. At first I misinterpreted the last scene between Mollie and Jensen, but even after I understood, I didn’t know why Mollie would want that. The Body Swap: A crime against President Lincoln’s tomb is thwarted. The Gift: Heartbreaking story about adoption through the Orphan Trains. I saw both parent’s perspectives and had sympathy for both view points. The Lost Seed: Plymouth era story of a closeted gay man who projected sins onto others and tried to cast blame on them. Vanitas: Selfish, selfish family. I cringed at the breeding comment about the slaves they owned. The Hunt: This was the most difficult story to read for it was about systematic rape that some English soldiers inflicted on women in NJ during the Revolutionary War. The men were a pack of rabid dogs and no one in command stopped them -sickening but historically accurate. Daddy’s Girl: How did any one not know? What Remains: A long-term friendship between female artists and the partnership they forged ends when one of them ‘leaves’ through her dementia.

Quick shout outs to previous audio books that I adore that I have reviewed in the past: Eleanor & Park, World War Z & Ready Player One 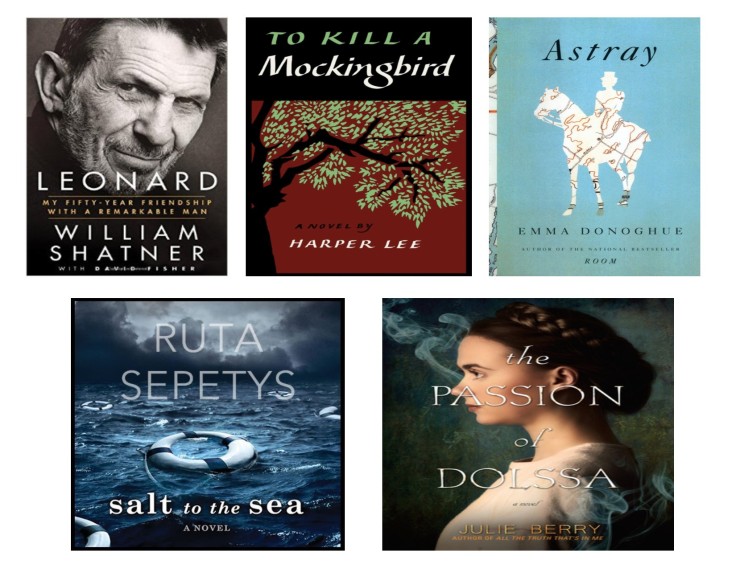 I listened to the audio version of this book back in 2014 (Goodreads review), and LOVED it beyond belief. The actors voicing each character were perfect, and made the book come alive, more than if I had actually just read the print book. When my family went on a vacation this summer, I insisted on bringing this audio book along and forced them to listen to it (don’t worry- my kids are teens), for I was determined that they would love it as much as I did. While they aren’t as rabid about it as me, they all enjoyed it.

When I first listened to it I recognized some distinctive voices right away, but some were harder for me to place. I did some Google sleuthing to match up each character and I found this blog post that gave me all the information I was looking for. All the following data came from the  blog, In a Sea of K’s, and she should get all the credit for the research!

Introduction: Max Brooks as The Interviewer

This version is the best audio book I have ever listened to. My God, it had Mark Hamill! It had Common! It had Denise Crosby! It had Jeri Ryan! It had Alan Alda! It had Simon Pegg! It had Nathan Fillion! I was swooning!

If you are looking for a great story this is your book. But put down the book, you must listen to the audio to get the full experience!