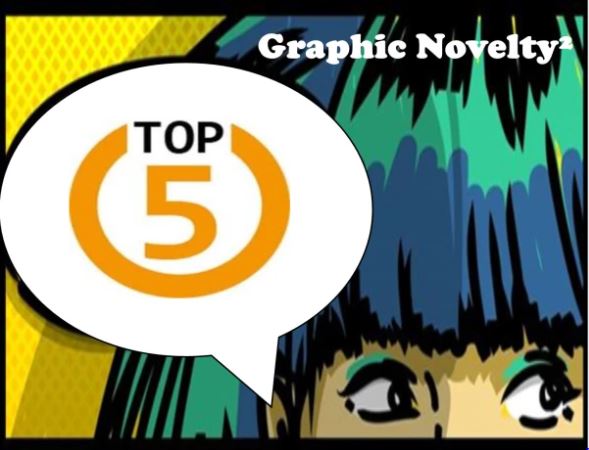 Who are my top 5 comic authors? Let’s see!

Locke & Key– need I say more? But I will! His six-volume horror/fantasy series is what put Hill on my radar years ago, but I have enjoyed many more books of his since then. With his Locke & Key series now on Netflix, and his novels and short-story collections in high demand, DC has given him a prestige project, his own label- Hill House Comics. This label had some great stories, plus adding in his very dark The Cape, has made Hill my go-to horror writer.

Hicks is a double-whammy, for she both writes and illustrates. Her historical-fiction trilogy The Nameless City is timeless, and I demand a sequel to Friends With Boys! Her first YA book Comics Will Break Your Heart shows that she is as strong a writer as she is an artist.

I almost didn’t put Wood down due to his sexual harassment allegations, but I have to be honest, I loved much of his early work. The seven-volume Viking saga Northlanders was fascinating, as was his two-volume series Rebels about colonial America. Due to the scandal, we will never know how the timely and gritty Briggs Land would have concluded.

Invincible and The Walking Dead were both long-running series that I loved. That Kirkman wrote them concurrently for many years blows my mind. They both had huge casts and had their characters’ age, which I always like in stories, so kudos to him for creating two distinct and believable universes.

Who are your favorites, and why???