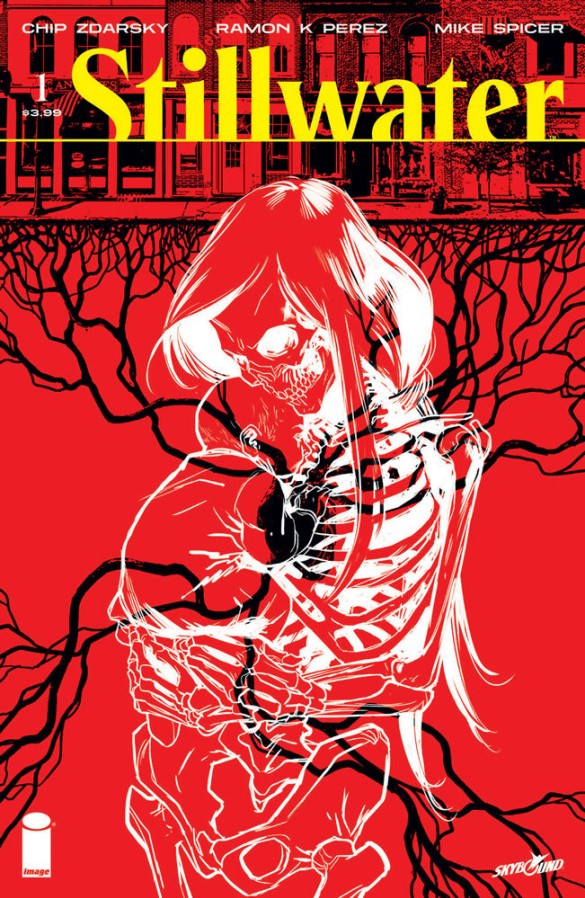 In the town of Stillwater, nobody dies. That’s not just a promise…it’s a threat.

Ne’er-do-well, Daniel, who has recently been fired and beat up by a bouncer when he was a jerk at a bar, receives a letter telling him that a great aunt has died. Hoping for an inheritance, he heads to the small town of Stillwater with his best friend Tony to investigate. The town is off the beaten track and a police officer stops them on the outskirts, warning the two men to behave. While there they witness a boy being pushed off a building and with no townspeople reacting to his fall. They are flabbergasted when the boy recovers quickly and runs away, revealing the secret of the town to the two men. Tony is killed by the formally affable police officer, but it is revealed that Daniel was a former resident of the town who was smuggled out as a toddler, so his life is spared.

Daniel, who was known as Tommy as a child, meets his mother Laura who had made the sacrifice of secretly sending him away so he could grow up and not be eternally caught in the body of a small child. No explanation is given as to why suddenly the town inhabitants stopped aging and miraculously heal from accidents. They are naturally afraid of outsiders finding out and the government swooping in to do experiments on them, so they remove themselves from society, and iron-clad rules are established to keep them safe. But this isn’t natural, and people are struggling as the decades go by. There are now some splinter groups who want to rebel and leave town, and of course, Daniel is chaffing at being a prisoner in a toxic community he doesn’t remember. Warped by power, leaders will do anything it takes to stay in control, and some plot threads are left open to build on.

The art establishes a realistic small-town atmosphere. All the characters are unique in looks and personalities, with a good artistic representation of the different walks of life within the town’s inhabitants. I enjoyed the panel configurations, there was a nice variety of small and large panels that pushed the action forward. The coloring is subdued and fits the narrative of immortality dragging on, with no new experiences or people livening their lives up.

The book reminded me of the sci-fi book Pines by Blake Crouch, in that people are trapped in a seemingly idealistic town, but a secret is rotting the town from within and the graphic novel series Revival by Tim Seely and Mike Norton in which a strange phenomenon changes a town forever. I enjoyed this first volume in this new series, and want to tune in to see how Daniel, Laura, and all the other townspeople cope with the so-called gift of eternal life.