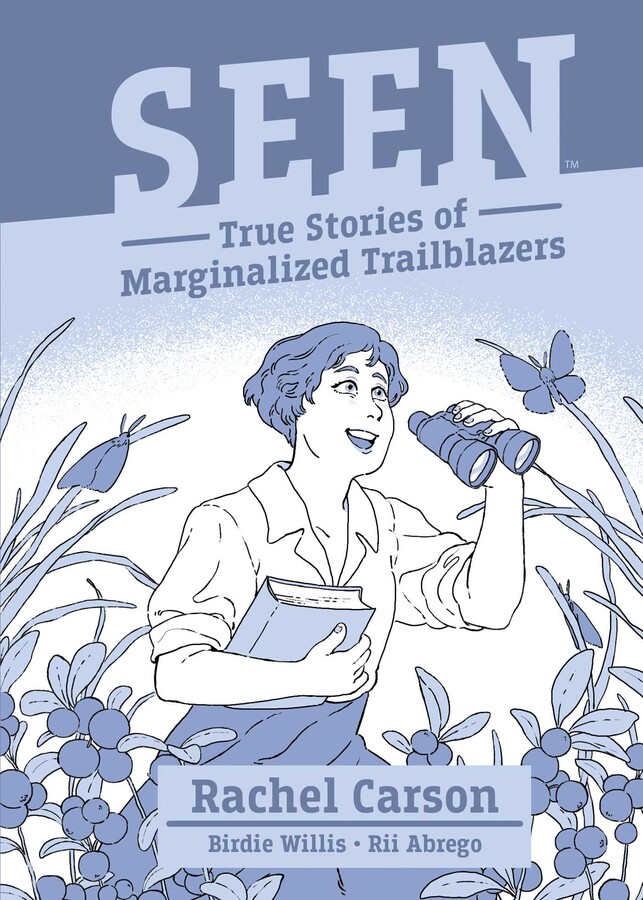 The second volume in the Seen series focuses on Rachel Carson, whose writings and accomplishments on environmental issues eventually led to the creation of the EPA (Environmental Protection Agency) in the United States. As a little girl, Rachel loved nature. She acquired a bachelor’s degree in biology, and a master’s in zoology and genetics. While working as a typist as a young adult during the Great Depression, she publishes her first article, then her first book, which unfortunately becomes overshadowed by World War II. She publishes her second book, The Sea Around Us, after the discovery and widespread usage of DDT. She goes on to publish her most famous work: Silent Spring.

Though Rachel faced public disbelief and outrage for her work, she never let it sway her. She let the facts, and sometimes lack of facts (lack of long-term effects of pesticides, for example) speak for themselves. She did her best to emphasize the potential consequences for humans as well as plants, animals, and insects. We are all connected in a symbiotic relationship and what affects one of us will affect the others. This is what Rachel strove to get us to understand before she passed away prematurely at 56 from cancer. Though she lived a short life, she lived a full one defending and speaking out about her passion.

Just like the first volume about Edmonia Lewis, the illustrations are no-fuss. There is also a bibliography and teaching guide at the end. This book is instead written in first-person as if Rachel was writing or speaking to us, as opposed to the third-person narration from Edmonia’s volume.

A wonderful second installment in a most welcome and informative series! Looking forward to the next volume.