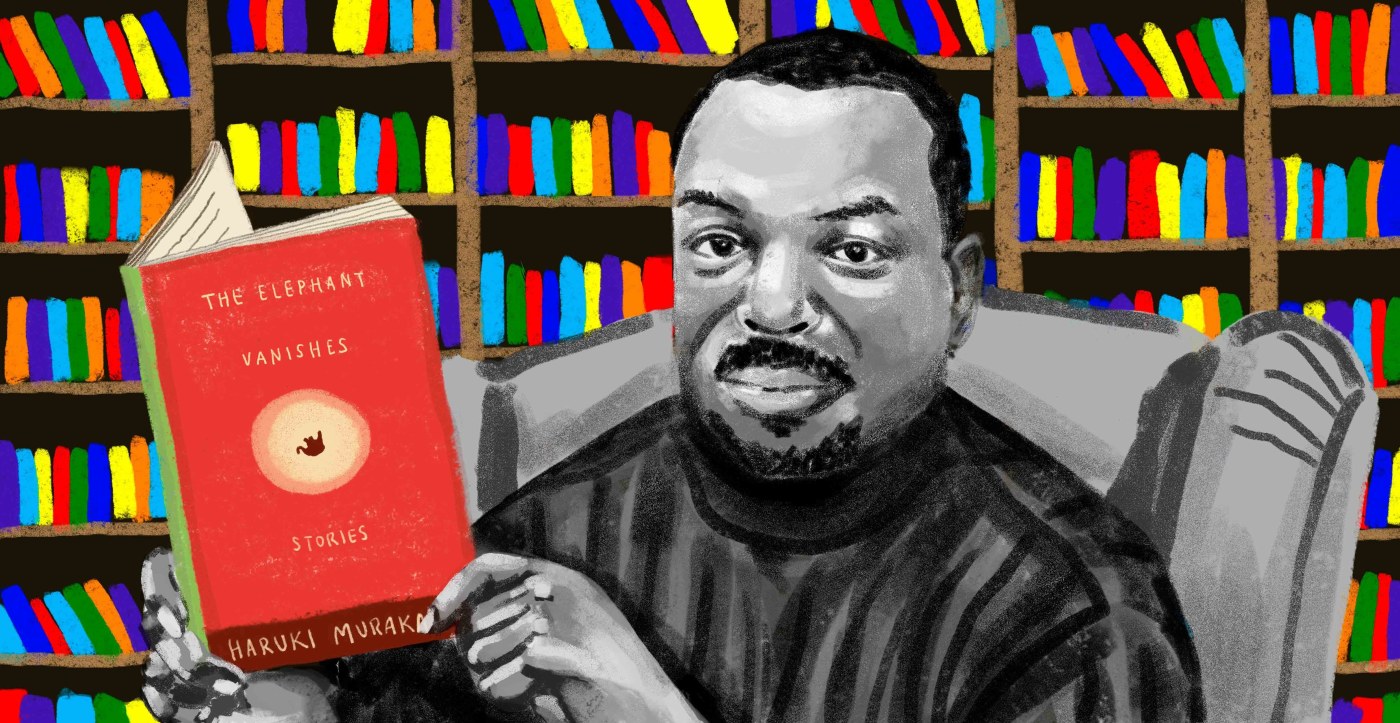 I love being introduced to new authors by LeVar’s podcast, and then serendipitously finding that author in other works and books soon after. This podcast has really expanded my reading boundaries and I look forward to listening to a new story weekly for several months at a time while each season lasts.

A young boy stops in a diner and is taken under the wing of a waitress there. Thinking he is a runaway she tries to get a few answers from him, but the conversation goes sideways when he reveals he is an alien observing Earth before a nuclear war happens and a time loop occurs. Their conversation is sweet and the ending reveals that perhaps there is a chance for Earth after all.

The Takeback Tango by Rebecca Roanhorse

Roanhorse crafted an excellent layered story set in space about a crime heist but also went deeper about the evils of Imperialism and the fight against cultural appropriation. A young woman who survived a slaughter of her people on her home planet, and then later of her adopted family, wants to take back cultural artifacts from the invaders. She meets a young man at the gala she has infiltrated and while it is predictable that he will become an ally (and maybe something more) their banter was delightful. I really enjoyed this short story.

Daddy, a short speculative fiction story, deftly combined the melancholy of caring for a parent with Alzheimer’s with teleportation. The story begins grounded in the reality of a woman whose mother and sister are dead, with her recent divorce and her father’s declining mental capabilities weighing on her. When he starts appearing at locations far away from his assisted living home, she is confused. The fantasy/sci-fi aspect of the conclusion tie in nicely to this well-written tale.

Everett is an evocative writer, he makes a town and its inhabitants come alive, so the town itself becomes a character. Robert, a Black hydrologist, needs to take water measurements in a small Utah town but runs across a racist older woman who runs him off her property but not before hurling racist insults at him. There are the required quirky small-town residents at the diner he frequents, and in the end, when he goes back with a sheriff to gain access to the property he has some compassion for the old bigot when he sees what a small life she lives. Healing and reconciliation are the themes of this short story gem.

The Regression Test by Wole Talabi

A regression test “is defined as a type of software testing to confirm that a recent program or code change has not adversely affected existing features”, and in this story, an elderly woman is asked to test some new software that is based on the mind of her mother, who was considered a genius during her lifetime. As she asks this AI some probing questions, she realizes there must be some glitches, and then the story takes a hard turn. Author Wole Talabi is also an engineer, and I like how he combined his skill set with a sci-fi twist.

Flyboys was such a poignant coming-of-age story about the changing nature of friendships. Two boys are creating an elaborate airplane and realize they need a key component that a third boy has in his family barn. The boys head over to the third boy’s house, and the narrator shares that he used to be good friends with this third boy but had recently drifted away from him as he didn’t know how to handle that his friend had some medical problems and that his big brother had died. Instead of being there for his friend, he took the easy way out and befriended the rich boy, but that new friendship wasn’t balanced. The three boys work well together and the first two head back home with the part they need. What will happen next? Will the two let the third into their project and social circle? Or will they remain a twosome, excluding the third, as he was only good for what they could get from him? This story really made me look back at friendships from my youth. There were times I felt left out and discarded, but I also know there were times I did the same to others. Friendships ebb and flow, but a sudden ending of a friendship can be heartbreaking, and this story really brings that message home.

Killer of Kings by Anjali Sachdeva

This fantasy frames the real author John Milton who wrote Paradise Lost, as being inspired by an angel who becomes his muse. The angel inadvertently reveals some doubts about God’s infallibility, which works itself into his writings, and is later replaced by another angel to Milton’s dismay. This short story is solid, but I myself was not moved by it.

An Equal Share of the Bone by Karen Osborne

An Equal Share of the Bone was a melancholy sci-fi short story that grabbed me by my heart and didn’t let go. A trio of space sailors are on the hunt to kill a theriida, a type of space whale, filled with plasm that could make them rich. When they successfully capture one and begin the harvest, things go terribly awry, and hard decisions are made. Greed, loss and regret are capably shown, but a small nugget of hope remains at the end of the tale.

Sigga is a teen who has been banished to a penal colony on an icy island because her community declared her a witch when she spoke out against some injustices she witnessed. But her quiet determination hints that she is not to be underestimated as she leaves the relative safety of the penal settlement and heads northward towards her goal. What she is seeking to obtain revenge against those who wronged her was the perfect twist in this evocative story.

In this Groundhog-inspired tale, a heist goes very wrong, and the five women are caught in a never-ending time loop. The getaway driver tries hundreds of different scenarios but the outcome is always the same. But slowly as she learns from her mistakes, she realizes the loop is expanding to include more time, so perhaps sometime far in the future she will escape the loop, so she just learns to live with what she is given in the here and now.

A young boy visits his estranged grandfather in this speculative fiction tale, in hopes of giving him a vaccine that would help him in the post-pandemic world. His grandfather resists and shares some poignant back-story to explain why. In a moment of danger, the grandfather has to make a split-second decision in regards to his grandson. While it had a hopeful and thought-provoking ending, I did feel a choice was forced upon him unfairly.

A sapphic love story about a teen who finds out that the magic she uses to help her girlfriend comes at a cost. The tale has fairy-tale underpinnings as Theresa Anne was given to her mother as a first-born price paid by some anonymous couple who wanted some wish granted, similar to Rumpelstiltskin and Rapunzel. She and her mother are witches aided by magical bees with sacrifices and destiny tied up into this melancholy short story.

This was an enjoyable season with Flyboys, Salt, and The Takeback Tango being my favorites stories. Try listening to the podcast yourself, “but you don’t have to take my word for it”. Plus, now that the season is over, give LeVar what he wants- the Jeopardy hosting gig!