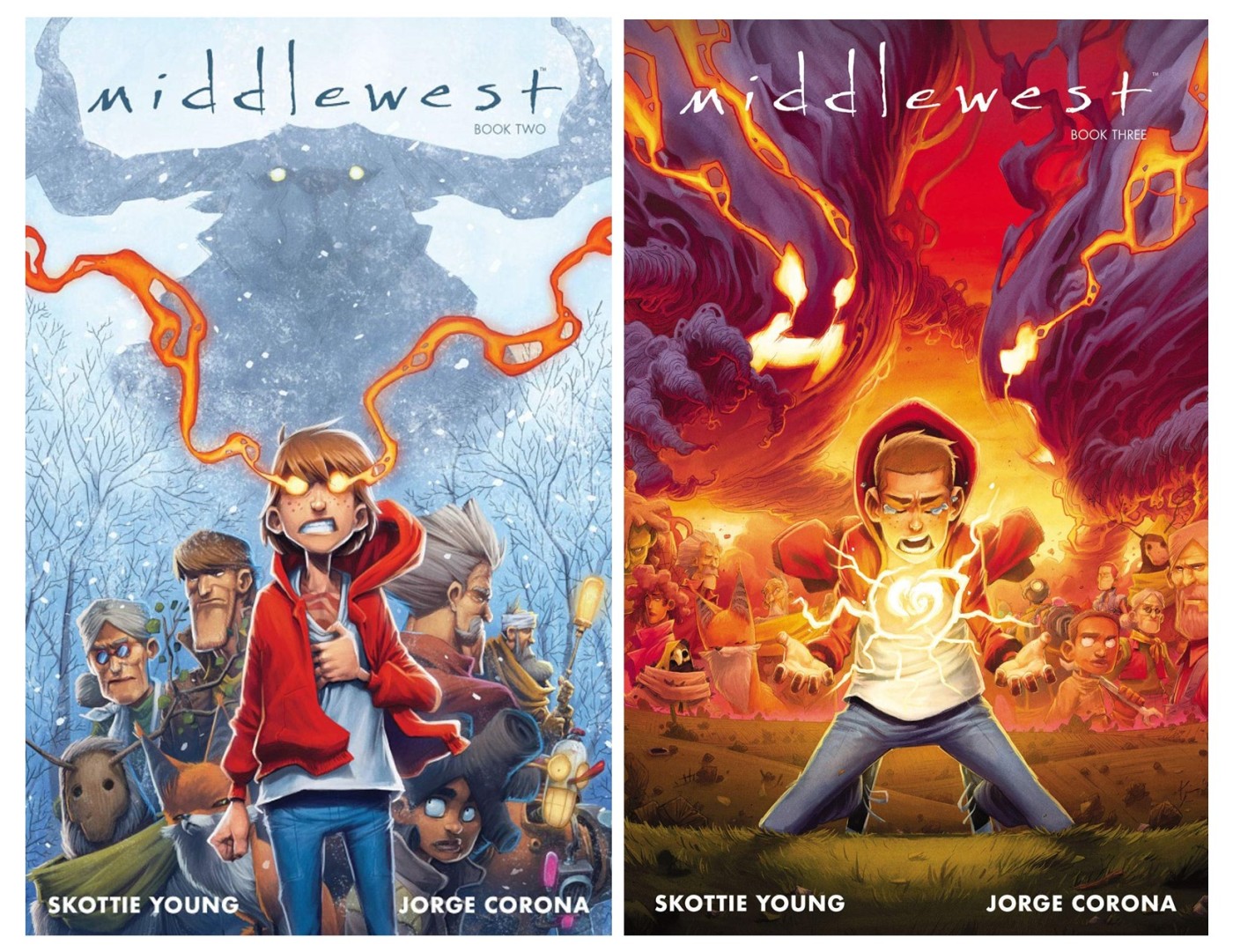 The three-volume Middlewest series was a mash-up of the classic hero’s journey, steampunk and The Wizard of Oz. The first book had been intriguing- it was about a teen runaway named Abel and how the toxic masculinity that his father has modeled affected him as dangerous magic begins to transform him into a monstrous creature.

Abel’s breakdown in book one has led to him turning into a storm monster at the carnival in which he was taking refuge from his father. Ashamed at the destruction he caused, he runs away. I thought there was some nuanced dialogue about following him, with a friend wanting to follow him immediately, but the older leader of the carnival making the decision to stay and help the survivors regroup. Abel journeys into a forest with his sidekick, Fox, and discovers his grandfather, who has transformed part of the forest into a hellish winter landscape. His grandfather shows his true colors, and his cruelness drives Abel away into a nearby city where he is kidnapped to become a slave worker in nearby farm fields. All the while Abel’s father Dale continues searching for him. A bleak story about lack of self-control and its consequences.

This last book was message-heavy! Abel gets to know the other youth trapped as farmhands, and their sad backstories make him realize he is not alone. Maggie, the carnival leader, is able to put together a group that wants to help Abel and they pick up new followers as they follow Abel’s trail. Dale has also found Abel, so all paths are converging for a battle. The generational rage is addressed, with sorrow and forgiveness concluding this three-part tale.

The art by Jorge Corona was fun and the bright colors by Jean-Francois Beaulieu incorporated a lot of pink, purple and orange that helped convey the emotional tone. This was a unique graphic novel series that brought up a lot of intriguing issues- but didn’t quite stick the landing. Dystopian and fantasy aspects tied into real and gritty personal plot threads, but I wasn’t sure at times what direction the narrative was going (and what happened to Abel’s mom?). Author Skottie Young has an interesting voice, and while this series didn’t do it for me, I will continue to seek out further work by him.