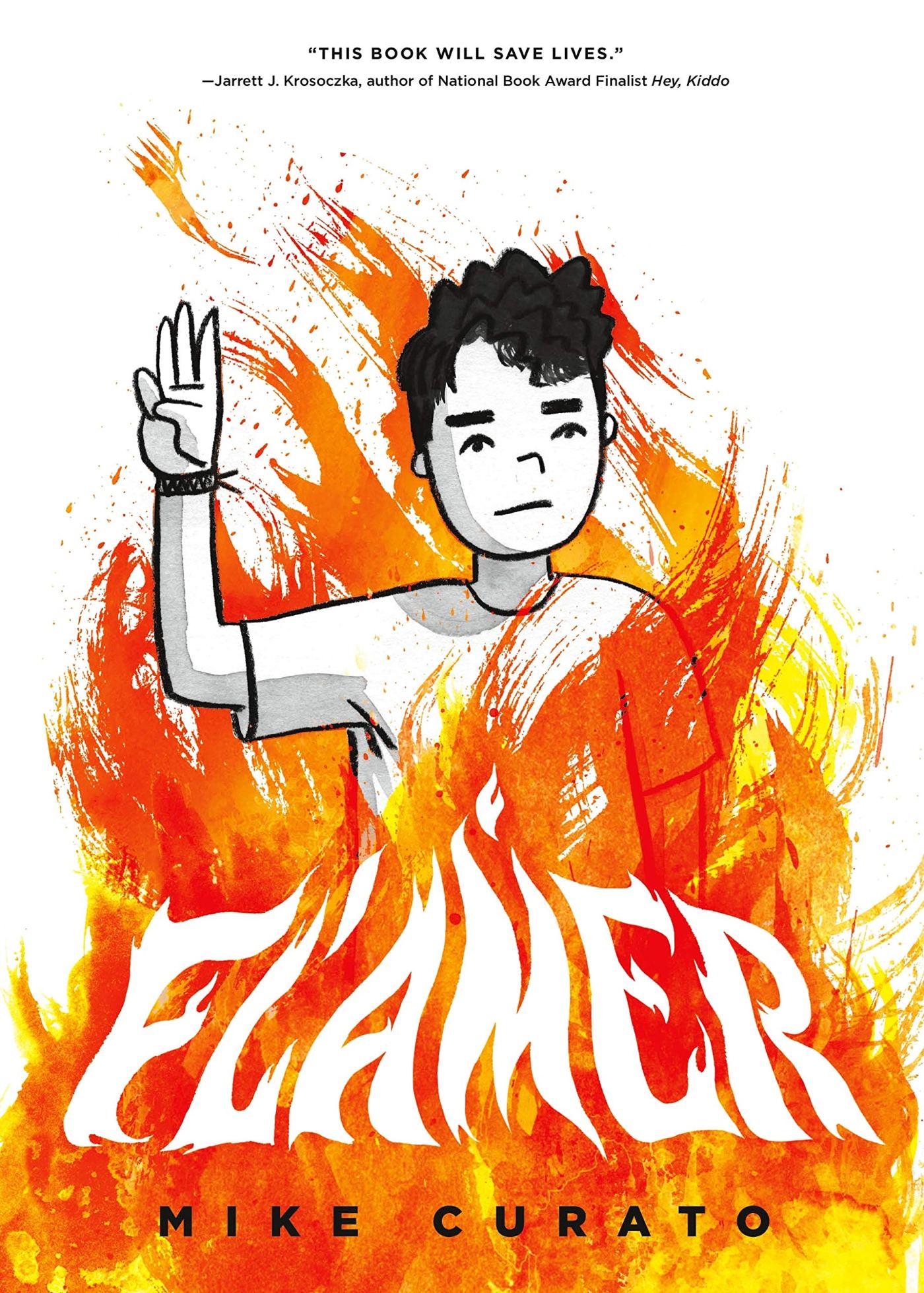 Flamer by Mike Curato is a layered graphic novel set in 1995 about a teen who is struggling with the growing realization that he is gay.

Aidan is a Filipino-American Boy Scout who is attending summer scout camp and struggles with the toxic masculinity that the other boys demonstrate. However, despite these issues, he feels more at home with his troop, after enduring worse treatment in middle school. Nervous about transferring schools to avoid his bullies, he wonders if high school will be more of the same, so this pause between the known and unknown is a time of growth for Aidan.

A devout Catholic, he finds solace in his church, but that has also fueled his worries that he will be cast out and deemed a sinner if he reveals that he is gay. Plus, all the messages that he receives from others indicate that being gay is wrong, and in addition, he worries he would be kicked out of scouts, for at that time gay males were not allowed in scouting. His attraction to males is pushed down, for he is afraid of the ramifications with his family, friends and faith if he reveals what he truly feels.

Aidan’s friendship with his friend Elias is put to the test when Aidan’s growing attraction to him is acted upon, and Elias reacts negatively. Afraid that he has jeopardized everything, Aidan debates committing suicide but is saved by an epiphany. By the end of the story, Aidan becomes more comfortable with himself and his future.

Author and illustrator Mike Curato’s narrative is all the stronger because it is semi-autobiographical and is #ownvoices as he is gay. His sketchy black and white drawings, with limited orange and red highlights, captures teen angst and will be very appealing to a YA audience. A mix of fantasy and reality is woven together to tell a strong tale of self-discovery and acceptance. At times the narrative can become very heavy and might benefit from some trigger warnings as the homophobia and suicide attempt could be upsetting to some readers. However, I believe that LGBTQ+ readers will feel seen, and others might gain a greater understanding of their peer’s lives. 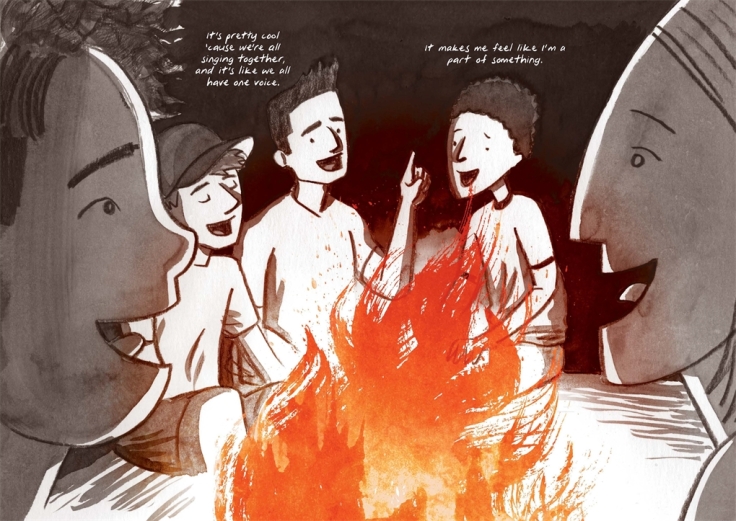