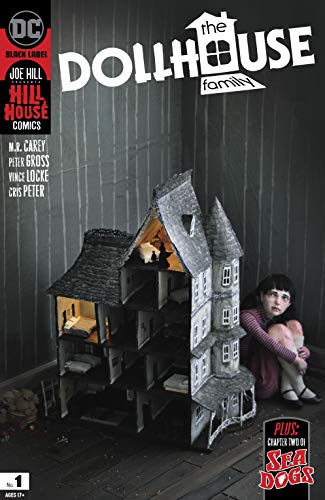 A dollhouse lures generations of people into its clutches, but why?

In 1979 Britain, Alice mysteriously receives an elaborate old-fashioned dollhouse from a great-aunt that she was unaware of. She loves to play with it and the dollhouse family to escape the abuse that her father is inflicting on her family. With a child’s innocence, she accepts it when the dolls talk to her and is thrilled to use the chant they teach her so she can become small and join them. There is an unusual balance in the house, the dolls seem content yet they are aware there is an evil entity in the house that soon draws Alice in and tries to make a Faustian bargain with her. This is where the plot goes sideways to me- a tragedy befalls Alice and she spends years in a foster home. But as Alice grows up and has a daughter herself, we get odd flashbacks to Ireland in the late 1800s and how a surveyor’s exploration of a cave and his meeting with a succubus lead to the dollhouse. We get the expected fight of good vs evil at the end, but only after the narratives of past and present are confusingly knit together.

The art was good, and I actually found the illustrations portraying the past to be evocatively authentic and more to my liking than the modern-day depictions. I enjoyed the chapter openings that showed creepy dolls that gave a hint of what was to come. Some of the lettering in my online copy was off, such as additional details to the side of the illustrations were covered by the art or so faint as to be unreadable. I would hope in a print edition this would be corrected.

Despite the strong start with the Hill House label, this third graphic novel isn’t up to snuff. It felt like a mix of Neil Gaiman’s Coraline plus a weak Locke and Key, which Joe Hill wrote.  In fact, Hill’s single-issue Small World was all about a dollhouse, so this felt like a convoluted British knockoff of it. But I still look forward to the last two titles in this label and am glad I was able to read an early copy through NetGalley.

4 thoughts on “The Dollhouse Family”