Graphic novels have been growing in popularity but it seems at times that prejudice against them remains, with a lingering doubt about their literary merit. But as a former elementary teacher, and now a current teen librarian, I can say confidently that graphic novels are a magnificent way to bring a story to life. And other educators agree, as teachers and librarians on the 2014 New York Comic-Con panel Super Girls: Using Comics to Engage Female Students in the High School Classroom listed these benefits and skills that are strengthened by graphic novels: “motivating reluctant readers, inference, memory, sequencing, understanding succinct language, and reading comprehension.” To find out more about how graphic novels can be used in education go to the website CBLDF (Comic Book Legal Defense Fund for they have featured articles that are designed to lessen confusion around the content of graphic novels and to help parents and educators raise readers.

There is great variety within graphic novels, with many genres available beyond the stereotypical superhero stories (although those can be great too!). No matter your interest, there is a graphic novel for you, so I have pulled together some of my favorites to highlight.

Diversity is key in literature and even stronger when an #ownvoices author can share their experiences with the reader. As such, here are a few Diverse Reads:

Roughneck by Jeff Lemire is a beautifully told standalone tale of a brother and sister’s quest to reconnect with one another and their cultural identity written and illustrated by the talented Jeff Lemire. Lemire handles the storyline of Derek and Beth’s Cree heritage with grace and respect and show the reality of native families becoming disenfranchised from their cultural heritage. The ending is open to interpretation, and while I at first looked at it one way, re-reading it I saw a more melancholy but poignant way of concluding the story.

The graphic novel adaptation of Octavia E. Butler’s story, Kindred, was extremely well done. Butler’s original novel, published in 1979, was a groundbreaking story that liberally dipped into historical fiction, science fiction and fantasy within a time-traveling framework. The author
herself called the story “a kind of grim fantasy”, and this adaptation shows just that. This was a heartbreaking story, and through the juxtaposition of main character Dana’s experiences in two different centuries, this fantasy novel actually gives a highly realistic view of the slavery era. 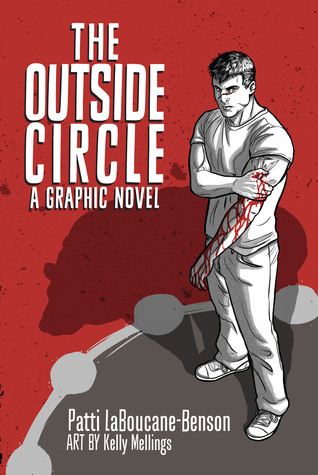 The Outside Circle, written by Patti LaBoucane-Benson and illustrated by Kelly Mellings, tells the fictional tale of a Canadian First Nations man that comes to terms with his heritage and who begins to take responsibility for his life. The story is based on the reality that many Native people face (in Canada and the US), for the government took away thousands of children from their families over the years, breaking the circles of community and fragmenting generations of people with no connection to their tribe anymore.

Strange Fruit by JG Jones and Mark Waid has an interesting premise: what if a black Superman landed in the segregated South during the 1920s? This magical realism tale is based on the historical 1927 flooding that affected many towns in the South along rivers. As the threat of disaster looms in this story, and racial tensions are mounting, an explosion occurs nearby. An alien ship has crash-landed and out climbs a naked black man, whose ship disappears into the river muck. This novel raised more questions than it answered, but was certainly thought-provoking.

Even though most people who know me would agree that I am a friendly woman who smiles a lot and has a good sense of humor, I obviously must have a dark streak for I love Dark and Disturbing books:

Locke & Key is truly one of the best graphic novels I have ever read, hands down. It just dominates. Joe Hill and Gabriel Rodriguez are superb storytellers, and the six-volume series is strong from beginning to end. The story starts with a family tragedy as the Locke family is terrorized by two students who have an ax to grind with the father, Rendell. After the father’s murder, the shattered family leaves California and heads to Massachusetts to start over at the Locke family estate but malevolent horrors await them there. The new Netflix series based on this series is strong and choose to show more of the fantasy vs horror aspects of the story.

Beautiful Darkness by Fabien Vehlmann and Kerascoët was macabre, unsettling and gruesome. I loved it. This seemingly sweet graphic novel starts out with a lovely young woman having tea with a prince, and it is going splendidly well, that is until great globs of red stuff start falling on them. As everyone runs for safety, the view shifts away for a long shot, and you see little creatures pouring out of the orifices of a dead girl. And the story continues to go sideways from there.

Another series that I found outstanding was Revival, written by Tim Seeley and illustrated by Mike Norton. It was an atypical living dead story, in which a handful of dead suddenly came back to life. They quietly rejoin their former lives, not even realizing or remembering their deaths. Their new existence sets the town on edge, with media scrutiny, a government quarantine and religious fanatics taking over the region. I loved this series even before I won​ a contest run by Seeley and Norton, in which I was drawn in as a cameo character in the eighth and last volume. I will talk about this honor until my dying day.

Sometimes real life is stranger than fiction and these non-fiction stories or based on fact stories are a great example of Real and Gritty:

The March trilogy is a perfect example of how graphic novels can bring educational content alive. This non-fiction series is a vivid account by Congressman John Lewis, Andrew Aydin and Nate Powell about Lewis’ human rights struggle and the greater Civil Rights movement. Students can learn so much from these three novels as they bring history to life and supplements what textbooks only briefly touch on.

Briggs Land by Brian Wood and Mack Chater is an absolutely riveting series about “an American family under siege” by both the government and their own hand. Set in rural upstate New York, Briggs Land is a hundred square mile oasis for people who want to live off the grid. Established in the Civil War era, the Briggs family would give sanctuary to those who wanted to live a simple life, but this anti-government colony has taken a dark turn in recent times. The village that grew within its fences has morphed into a breeding ground for white supremacy, domestic terrorism and money laundering.

Rebels: A Well Regulated Militia is “a historical epic of America’s founding” and is very accurate in describing this exceptionally good graphic novel by Brian Wood (again!) and Andrea Mutti. It gives a window into the Revolutionary War era based in the NE corner of our new nation in the late 1700s. Divided into six chapters, Wood first gives us a lengthy portrait of the fictional character Seth Abbott and his journey from farm boy to one of the well-respected leaders of the Green Mountain Boys. Then we are given shorter non-linear vignettes of other loyalists and patriots and their contributions to the war.

Now that I’ve covered other genres in graphic novels, I want to share some Classic Superhero stories that go deeper than most:

Although Superman: American Alien by Max Landis has Superman in the title, it is really focused on Clark Kent stories. Each of the seven stories features a different artist and are put in chronological order to fill in the gaps in the Superman canon. We start with Clark as a boy learning how to fly, move through his adolescence, and finally settle in his early years in Metropolis. Every story is strong and fits in seamlessly with what we already know about Superman. I highly recommend this book, for it humanizes him. All seven stories are excellent, and they flow and connect into one another to form the larger picture of who Clark Kent is and who he will be. A must buy for Superman aficionados!

Kingdom Come, written by Mark Waid and illustrated by Alex Ross, was praised by IGN with the statement, “One of the greatest comic book stories of all time”, and they were not far off the mark. I am typically more a Marvel fan, but this DC story was fantastic for the moralistic debate featured in the storyline. The artwork is top-notch, with a distinctive photo-realism look and holds up 20 years after first being published. This book stays true to each character’s back story, so kudos to the team’s familiarity with the history of all the superheroes! As such, the epilogue was a perfect ending.​

Vision- Little Worse Than A Man by Tom King and illustrated by Gabriel Hernandez Walta is as far from a superhero story as possible. While grounded in the Marvel universe, with cameos by other Avengers and villains, this book is about our definition of humanity. This quietly ominous story had such power and felt especially moving to me to read at this time when I worry about our nation’s future. I feel some in our country have embraced a bullying rhetoric, and turn a blind eye to facts and justice for all. It’s sequel Little Better Than A Beast was equally strong.

Marvel 1602, written by the esteemed Neil Gaiman and Andy Kubert, was marvelous (get the play on words?)! The story was a perfect way to freshen up the franchise and reboot some of the hero’s storylines. The story takes place in 1602 and is an alternate world in which Europe and colonial America’s history is jumbled and out of order due to a rift in the timeline, with America’s first child of European descent, Virginia Dare, surviving and traveling overseas to London with her bodyguard Rojhaz. Court intrigue during the reign of Queen Elizabeth I abounds, and there are several betrayals, with many of the mutants needing to travel far to escape persecution for being “witchbreed”. Eventually, America becomes a sanctuary for these people with magical abilities, and an answer as to why they are in 1602 is made clear.

While I could wax poetic about many other books, I hope those featured encourage you to pick up a graphic novel for the first time or introduces you to new titles if you already are a fan.  Happy Reading!

*This post was originally on another blogger’s page as a guest post, but as the blog is no longer active, I transferred it back here, since I wrote it myself back in 2018. I have learned to keep a copy of my guest posts as I learned the lesson the hard way when another post written by me disappeared when another blog was deactivated.*