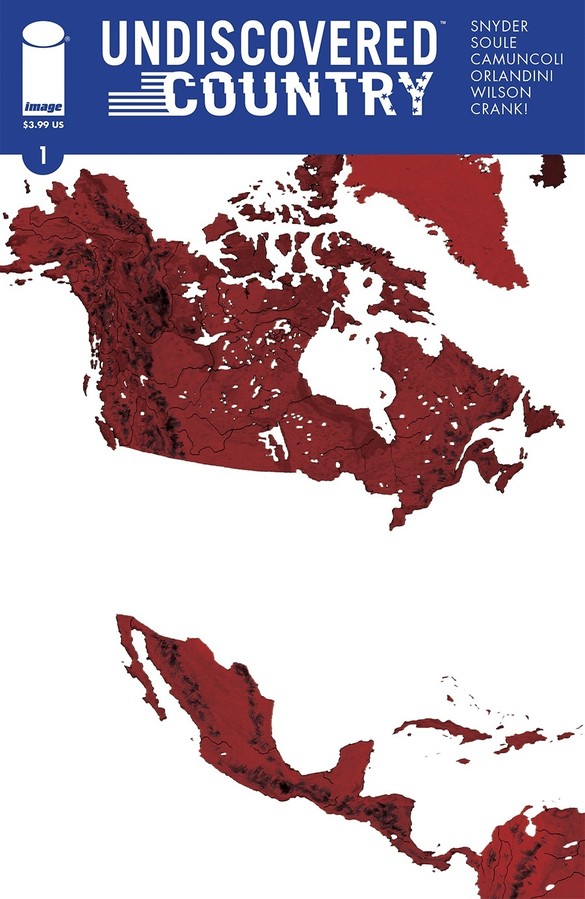 Years ago, America suddenly walled itself off from the rest of the world and went silent. It has been shrouded in mystery until a message is received granting a small group approval to go inside. What awaits them?

We are introduced to a group of seven individuals who have been selected for the mission- the war hero pilot, Lottie a medical doctor and her adventuring brother Daniel, Ace who is an expert on American culture, a journalist Valentina, and two political representatives from warring alliances, Janet and Chang. Given specific coordinates, they take a helicopter into American air space but are shot at and they crash land in the desert. Confused as to why they were invited in but then attacked, they see a surreal Mad Max type of group coming at them, but luckily a masked man ushers them into the safety of a cave.

And this is where the story goes sideways. As they ran for safety the group saw that the vehicles coming at them were pulled by a motley assortment of creatures such as walking sharks and other sea creatures. The masked man leads them to a group of rebels who are hiding underground and talks of a mystical spiral that needs to be discovered that will help them solve the mystery of why America closed and why it has changed so very dramatically.

The art was strong, with a dusty and apocalyptic vibe. Fun was obviously had drawing the fantastical creatures and the strange armada of vehicles in this new America. While I found the storytelling confusing, the art tried to tie it together and give visual clues to help the narrative. I enjoyed the chapter breaks with quotes from former citizens of the US about their experiences when they became stranded outside of the borders. The book ends with a lengthy and informative afterword by the two authors, a timeline of events and many well-drawn variant covers.

I have to say, for all the buzz I’ve heard about this book, it fell flat for me. I heard about Undiscovered Country a year ago and it sounded fascinating, for with our current political climate, this story seemed to be timely. However, despite many good parts of this graphic novel, all the pieces didn’t equal a cohesive story for me.  I won’t be continuing with further volumes, for while the group will be journeying on the Spiral, I felt this story spiraled out of control. So instead, if you truly want to read an excellent gritty dystopian tale that has a timely political message, you should read Warlords of Appalachia by Phillip Kennedy Johnson and Jonas Scharf.