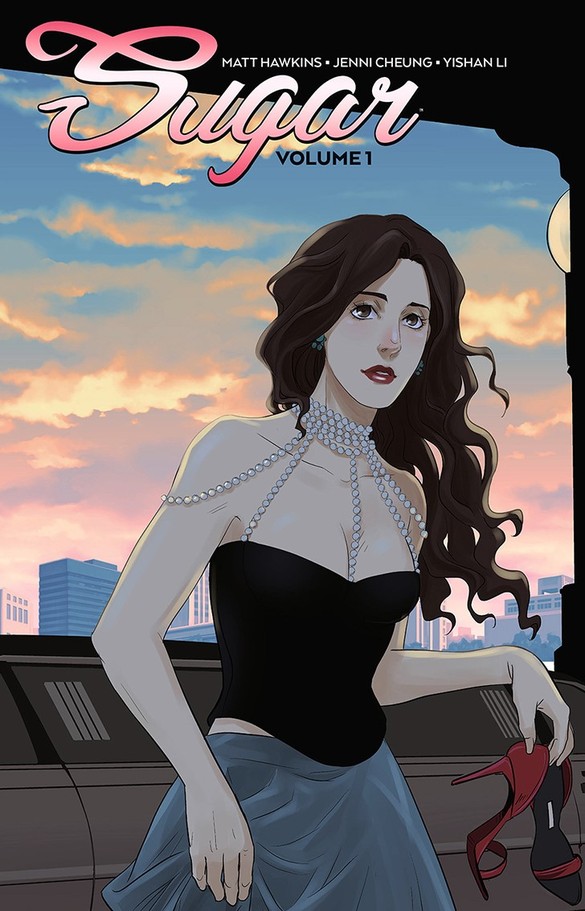 Twenty-three year-old Julia Capella is a student trying to put herself through college. It isn’t easy after using her tuition money to pay her sister’s medical bills after she was in a horrific accident. John Markham is a successful businessman, but freshly divorced. At his business partners, Richard’s insistence, he goes to a “sugar party” – one where older men and younger women mingle in hopes of becoming sugar partners. It’s an arrangement where the woman agrees to be the man’s partner (from platonic to romantic) in exchange for monetary allowances or other material goods. Richard swears by it – it saved his own marriage, after all! – but John isn’t so sure. That changes when he and Julia meet. He knows she’s in financial trouble, but Julia won’t take charity and her romantic sensibilities refuse to engage in a relationship where she feels like a hooker. They eventually agree that Julia will become his partner – his sugar baby – as long as Julia pays the money back. Their relationship started as an arrangement, but could it turn into something more?

What’s most interesting to me about this story are Julia and John themselves. They are both struggling, which makes them sympathetic. Though they have the same views as their audience at first about sugar babies and daddies, they communicate openly and honestly to come to a mutual agreement. That’s the strongest aspect of this graphic novel, I think: showing how important communication and boundaries are in any interpersonal relationship, whether or not it’s romantic.

The art is manga-esque in a few different ways. First, the features of the characters have long features and large eyes: Julia in particular, to suggest youth and innocence. Second, much of the details are in the characters and not in the backgrounds, to keep readers’ attention on the people and their relationships. Background effects such as hearts and bokeh bubbles are used occasionally, to highlight important parts or heightened emotions. While it’s not a manga, the art deliberately skews in that direction, to remind readers they are holding a romance story, such as they may find in popular romance manga.

As this is a sexually explicit graphic novel, I’d give it to older teens and adults, maybe younger high school students depending on the maturity of the reader. Teens could learn much from Julia and John’s example of communication about their relationship. Everyone else will fall head-over-heels for this romance – I know I have 😉