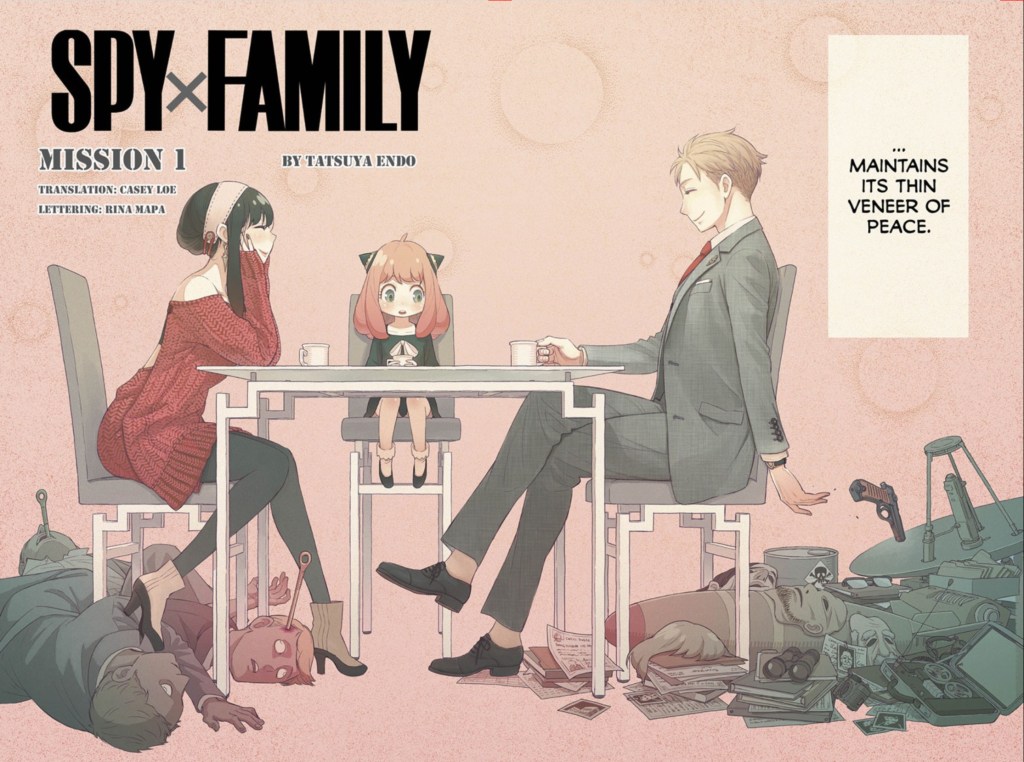 Spy x Family by Tatsuya Endo is the first volume in what promises to be an exciting new manga series.

Twilight is a debonair spy who needs to infiltrate an elite school to gain access to a political leader for an important mission. But he needs to gain a wife and child to do so, all within a week. At first, he hopes that just a child will do so he adopts Anya, a darling little girl who turns out to be a telepath, from a sketchy orphanage. He then later needs to convince a woman to masquerade as his wife, and whoops, Yor turns out to be an assassin. But they all have their private motivations in looking like a family, so they go ahead with the ruse of enrolling Anya in this private school and passing the stringent tests to get in. There is the requisite comedy of errors as these three people need to convince others they are authentic, and of course, they begin to bond despite their best of intentions not to.

The art is crisp and attractive, with a nice balance of action sequences and smaller poignant moments. I believe this will be a popular series, as readers will be delighted with Anya and rooting for Twilight and Yor to find a way to truly become a family together with Anya.  In an interesting coincidence, my oldest son who is a huge manga fan discovered this story on his own and ordered himself a book. Typically I am not a manga reader, so it was nice to be able to chat about this book with him.

As I order graphic novels for my library, I plan to order this series once there are three volumes out for my library’s collection. Thanks to NetGalley for an advance online copy, and putting what looks like a promising new manga on my radar.