Shadow of the Batgirl 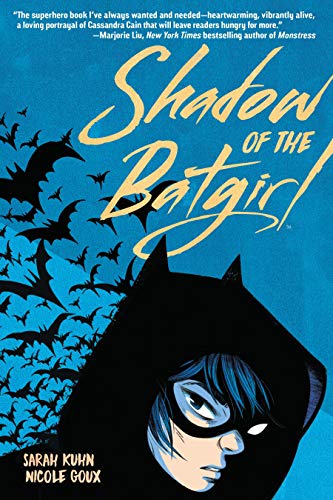 Cassandra Cain is the daughter of David Cain, one of the best assassins in the world. His daughter, deprived of speech and literacy, surpasses his talents by reading the only language she knows: body language. While trying to kill a man in Gotham City, Cassandra picks out one word as he is begging for his life, “daughter.” Confused and scared, Cassandra flees without finishing her job, and tries to discover for herself what the word “daughter” means – what it really means. With the help of Jackie, who owns a noodle shop, a librarian named Barbara, and a young man named Erik, Cassandra slowly learns to speak, to read, to think for herself and become the person she wants to be. Not who anyone says she should be.

Cassandra’s story is one every teenager can relate to. She is trying to decide who she wants to be! She is afraid that her past has too strong a hold on her and will dictate her future. As we discover, that’s not always the case! She also is representative of the Asian community. Asian author Sarah Kuhn’s introduction on how much Cassandra Cain meant to her is touching.

The art by Nicole Goux is very cool. It’s fast and loose, with a very sketchy feel to it. Since Cassandra spends a good portion of the book mute and illiterate, much of the feeling comes through in the art. What’s conveyed is overwhelming uncertainty as Cassandra tries to find her own footing in the world. As the art and characters show us, it’s okay to feel afraid and overwhelmed about feelings.

Just a personal nitpick… there is some unrealistic representation of libraries! There is no way Cass would be able to live in the Gotham City Library for as long as she does without anyone noticing. A branch as big as Gotham’s would definitely have dedicated security or police staff that would sweep the building to make sure everyone was out before closing. I was just so frustrated by that tiny part!!! Of course, this says more about me than the story itself X,D

Readers will love this combination origin and coming of age story of Cassandra Cain, and the edgy art that coincides.