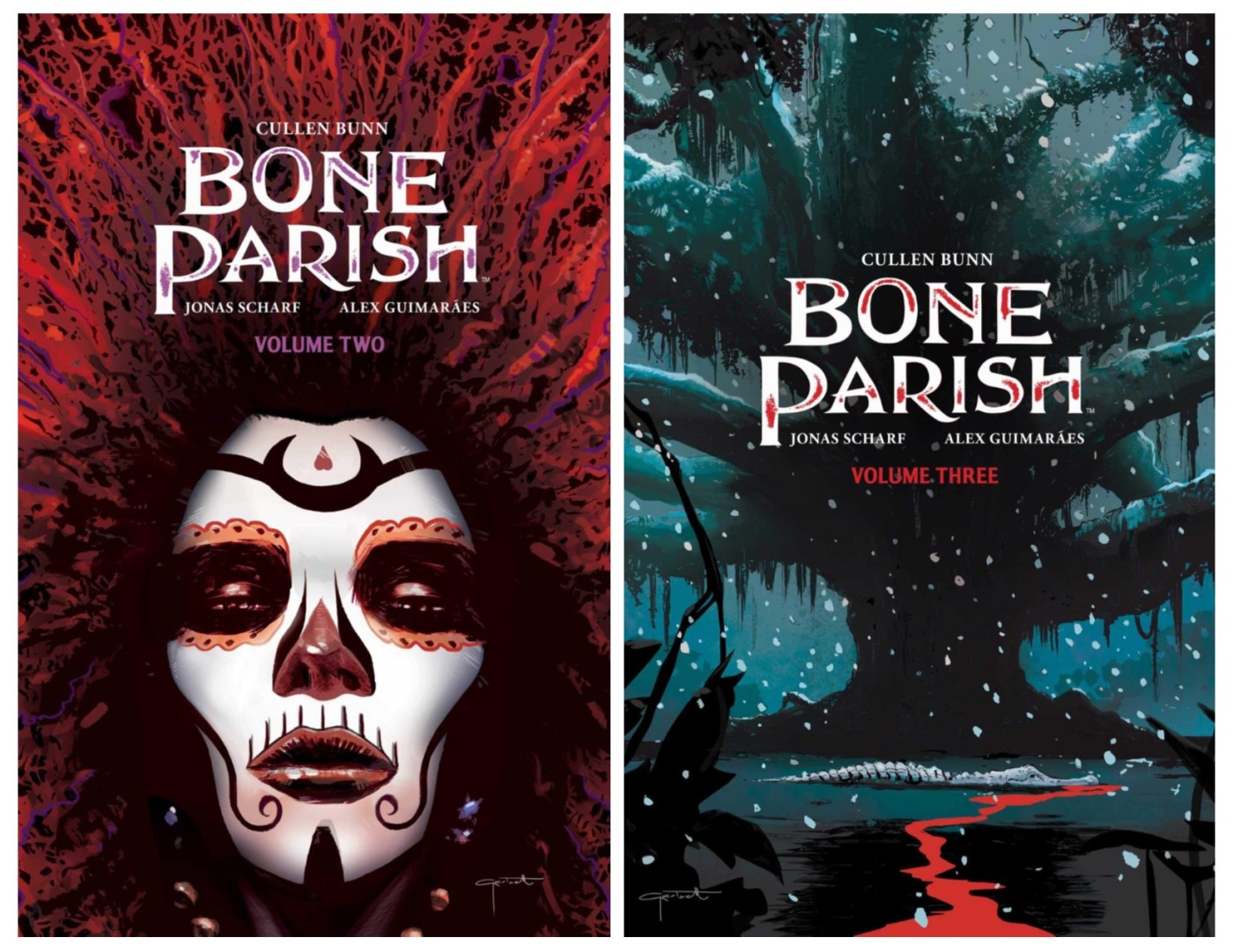 Happy New Year!  Last January, I read the first volume of Bone Parish and loved it and I said in the comments: This series was like Briggs Land and Locke & Key got married and had a child. While early in the year, this could be one of my contenders for Best Reads of 2019. Considering it did make my Best Reads of 2019 list, how do the two concluding volumes match up?

To recap the premise of the first book:  “A new drug is sweeping through the streets of New Orleans—one made from the ashes of the dead. Wars are being fought over who will control the supply, while the demand only rises” and the Winters family of New Orleans has discovered how to manufacture the ashes of the dead into a powerful hallucinogenic drug that lets the person snorting the drug to experience everything the dead person lived through when they were alive.

This book opens with the funeral of Wade, the youngest of the four Winter siblings, who was killed by a rival cartel who wants to take over the Winter’s ash business. You see the guilt, resentment, and anger that the surviving family members harbor, as they all cope in different ways. Unfortunately, this tragedy doesn’t seem to bring them together, instead, it drives them farther apart. Brigitte works on developing a new strain of ash in her laboratory to punish those that killed Wade and want to take over their business, while other cartel scientists try to create ash themselves with horrifying results. New villains are introduced while the Winters family struggles to stay ahead of the game.

I find the family dynamics fascinating- as Grace treats her daughter Brigitte with an icy aloofness as there seems to be no mother/daughter bond, Brae shows only disdain towards Leon whom he blames for Wade’s death while also being cruel to his sister and mother. Only Leon shows compassion for his family as he is the one that remembers that their dead father told them that family loyalty was all-important. As we work towards the conclusion, the reader can’t help but observe that creating this drug and building the drug empire is dooming their family.

The art and coloring remain as strong as ever. The visuals at the funeral tugged at your heartstrings, along with the monstrous consequences for the people who ingested the bogus ash from a rival cartel. The layouts of the panels guided you through the story, with effective coloring to show flashbacks.

Alliances and betrayals between the Winter family and their rivals continue to evolve, with Brea unknowingly getting seduced by a bloodthirsty killer intent on getting revenge for her brother being killed earlier by the Winters. Leon begins to make some power moves, and he and his sister Brigitte experiment with how to tap into other people’s memories to look for clues. Leon barely survives the experience and his visions are suspect, although he views them as true. While I had considered him the most moral of the family, he then sacrifices someone during the gang wars.

We get a flashback to Brigitte introducing the idea of marketing the ash to her parents and I was shocked to realize it hadn’t been too far in the past. The Winters had lived in modest circumstances up until then, so the mansion and opulent surroundings that they lived in now were but recent acquisitions. But knowing that family members were already paying the price, was it worth it? She is literally playing God, trying to use her scientific knowledge with the mysticism she learned from a dead lover to cheat death. Things are spinning out of control with each family member operating separately and not uniting as their father had wanted them to. It all comes to a head, with a tragic conclusion, and fittingly, not everyone survives.

Jonas Scharf’s art was fantastic start to finish, with Leon’s visions being especially well-done. I have to say colorist Alex Guimarães’ work is the best I have ever seen. His vibrant pinks and purples to signify the hallucinogenic effect and the color palette that he uses throughout the narrative are second to none. I hope to see a lot more from this artistic team.

I was very impressed with the three-volume series, in fact, I wish it lasted longer, as I’m sad to be saying goodbye to the enigmatic Winters family. This necromantic horror story had it all- it was a riveting crime thriller and it had a thought-provoking moral debate about drug culture and the sanctity of life and for the body after death. A must-read for all graphic novel readers! 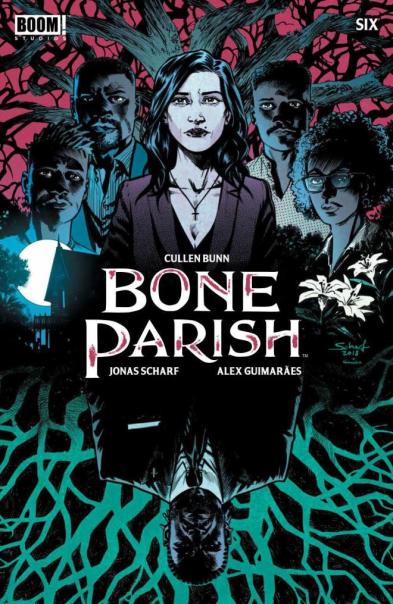