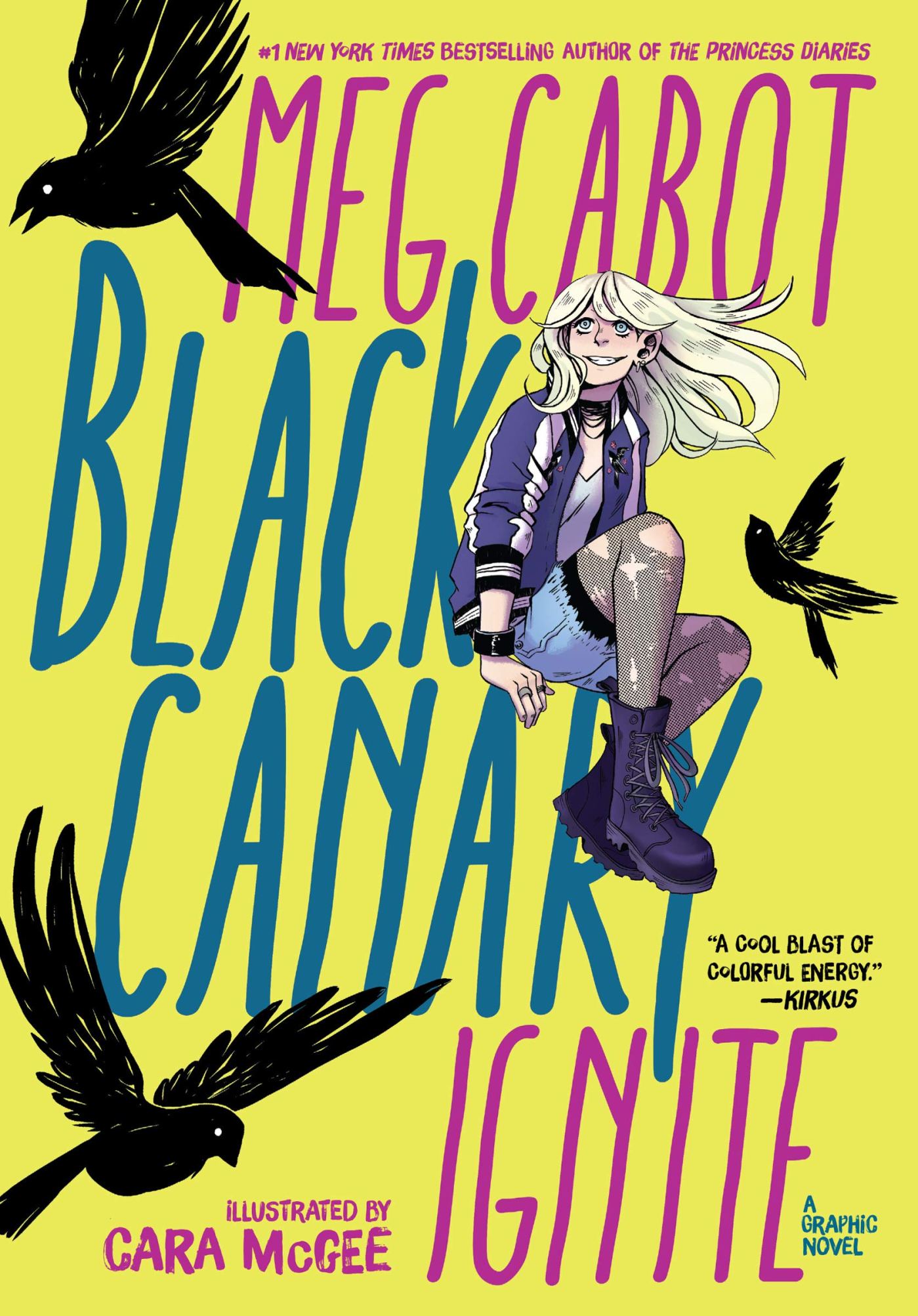 Dinah Lance wants to do it all. She wants to win her school’s Battle of the Bands with her two best friends. She wants to attend the Gotham Junior Police Academy and become a police officer just like her dad, so she can help people. So what if she and her friends haven’t decided on a band name yet? So what if Detective Lance doesn’t want her to become a cop? Dinah knows what she wants and she knows what she has to do to get it. But someone is very, VERY determined Dinah won’t get the things she wants. That someone is from her mother’s elusive past. Together, Dinah and her mother must confront her past, and Dinah’s future, if they are to defeat the shadowy threat.

I’m older than the targeted middle-grade audience for this graphic novel, so I found the characterization and writing inconsistent. Detective Lance vehemently denies Dinah has powers at the beginning of the book, but once they are revealed, takes her and Laurel out for a nice dinner. I had to do a double take there because seriously… What??? There were also some plot threads that were not explained or explored fully, then dropped, such as with Dinah’s vocal teacher. Honestly, I expected better from veteran middle/YA grade writer Meg Cabot. In this regard I was severely disappointed.

Dinah’s story here is one of breaking boundaries and stereotypical feminine roles. Various characters tell Dinah she’s too loud, too brash, too this or that. Does Dinah pay the haters any attention? No! That’s awesome! But to me it felt like so much effort and energy was focused on this, and ONLY this, aspect of the graphic novel that the rest of the story and writing got left in the dust.

Cara McGee’s illustrations are delightful. They are energetic and easy to interpret for younger readers. The bright colors are fun and attractive to the target audience. There is more emphasis placed on the figures and characters, but the scenery and backgrounds are also well-rendered and not cluttered.

Overall, this is a fine introduction to Black Canary for younger readers, but to older fans, do yourselves a favor and skip it.