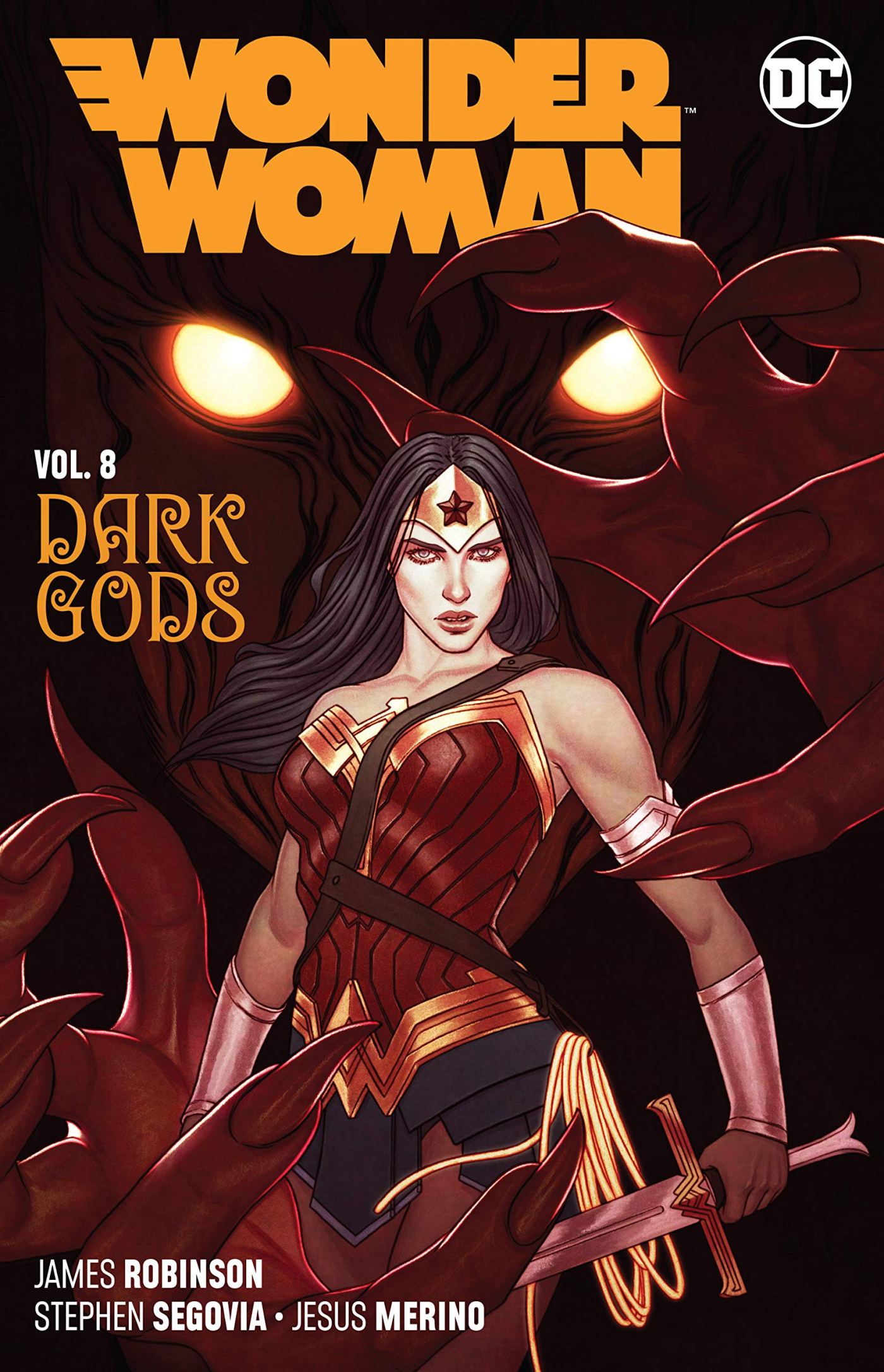 A pantheon of terrible Dark Gods has come to Earth, bringing with them death and destruction. People everywhere are renouncing their own faith in favor of the Dark Gods’, causing riots and worse. The Justice League was supposed to be their cavalry, but with their defeat, Diana and Jason are on their own. The Star Sapphires summon Wonder Woman to help them conquer their own threat, and Jason is left truly alone. Diana is left with no choice but to help the Star Sapphires, while praying Jason can hold out against the dark deities until her return…

Mostly I found myself confused with this volume. It’s now becoming painfully obvious to me that I have to read Dark Nights: Metal before I can read any further, so I can understand not only everything that has done on here, but in previous volumes as well. As I was laying on the beach reading this though, it really didn’t bother me as I went through =P The writing otherwise was still pretty solid, and it was an interesting ride for sure. The entire world embracing darker values over light, and the ensuing consequences, certainly gave me a lot to mull over. It was also fun to see Wonder Woman make a return to the Star Sapphires; she hasn’t done so since Blackest Night!

Without giving too much away, and not knowing how this plot point relates to Dark Nights: Metal (I’m sure it does somehow), I’m even more annoyed by Jason than ever. A plot point occurred to grant him potentially greater powers than Wonder Woman, or at the very least a much wider variety that he is able to access with ease. He’s starting to feel overpowered, and in a cheap way at that. His character arc is really starting to undermine years and years of history and hard work that Diana’s creators, and Diana herself, have done. As long as Jason is a part of Wonder Woman’s story, well, sorry… but I’m just not that interested.