I’m freaking out for the third time! I like this post idea, as it forces me to reflect on my reading halfway through the year instead of just at the end when Kathleen and I do our Best Of List. I had fun going through my Goodreads data, and bonus, it highlights the other genres I read.

Michelle Obama’s book Becoming was a beautiful tribute to her family, community and politics. I listened to it on audio and hearing her voice elevated the story as her intelligence and compassion shown through the entire narrative. I highly recommend it and think it would be a perfect choice for book clubs.

After reading the supernatural Harrow County: Countless Haints, I quickly read the entire eight-volume series and reviewed them all on the blog. As of now, I am expecting this series to make my top 2019 list. 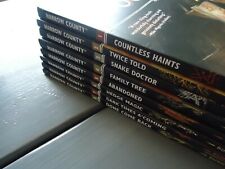 The Book Woman of Troublesome Creek by Kim Michele Richardson is set in 1936 in Appalachia and is about “blue-skinned 19-year-old Cussy Carter, the last living female of the rare Blue People ancestry. The lonely young Appalachian woman joins the historical Pack Horse Library Project of Kentucky and becomes a librarian”. I have family ancestry from Kentucky and I am a librarian, thus I eagerly await this book. I am currently on the waiting list for this book. (edit- done!)

I look forward to every Walking Dead volume and both the mystery-thriller Lucas Davenport and Virgil Flowers books by John Sandford, but I really can’t wait for the graphic novel Pumpkin Heads by Rainbow Rowell and Faith Erin Hicks!

Author Brian Wood can typically do no wrong with me, as I am a huge fan of his Briggs Land, Rebels and Northlanders series, but Sword Daughter fell short. A certain plot point defied logic. Getting past this was impossible, and colored my feelings towards the rest of the story.

I was introduced to the kitschy awesomeness of Grant Morrison’s 1988 take on Animal Man, one of DC’s B-level superheroes. I was blown away by the chapter The Coyote Gospel and now feel I truly can claim to be a comics fan after reading this cult classic. 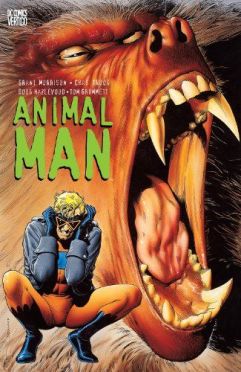 I’m actually going to tweak this and change it to an artist, since I read so many graphic novels. Jonas Scharf has illustrated Bone Parish (more info below on that book) and Warlords of Appalachia, two outstanding books that will make it onto my best of 2019 list in December.

LeVar Burton is the celebrity I most want to meet.  While he is far from fictional, I love all the short story fiction he reads aloud on his podcast LeVar Burton Reads.

I love Grace, the matriarch in Bone Parish, a new supernatural thriller. The Winters family of New Orleans has discovered how to manufacture the ashes of the dead into a powerful hallucinogenic drug that lets the person snorting the drug to experience everything the dead person lived through when they were alive. Powerful but flawed, she is reaping the consequences for selling this drug.

I am a huge fan of Faith Erin Hicks- as I love her graphic novel Friends with Boys and her Nameless City trilogy, so when I saw that she had written her first YA chapter book, I jumped to read Comics Will Break Your Heart.  It was a lovely ode to nerd culture and young love! 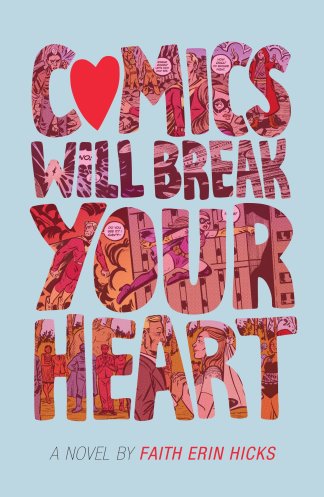 Although I am a fan of Stephen King’s short stories and earlier work (before he got too wordy), I have avoided Pet Semetary for many years, as the subject matter of a child dying was too hard for me to read as a mother.  The book was appropriately atmospheric but what was especially terrifying was that the Creed family was so normal and nice, but the burial grounds got their hooks into the doctor father and wouldn’t let go. There was so much additional devastation and death after the initial tragedy, so it was a chilling read as you couldn’t help but wonder if so much misfortune could show up on our own doorstep without warning.

I read Infinity Gauntlet awhile back which Infinity Wars and Endgame are based off, and this movie was an excellent adaptation, although many characters from the movie are different from the book. 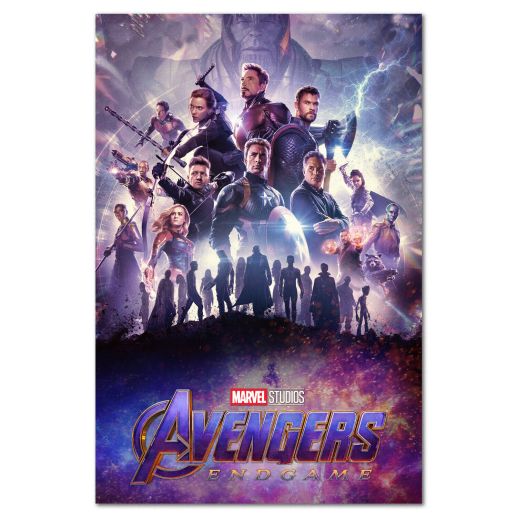 Kathleen and I participated in a fun eight-part series, Fiction’s Fearless Females, and my entry was Star Trek Voyager’s captain, Kathryn Janeway. She was an example of grace under fire who exemplified remarkable leadership skills. Janeway not only is a hero but a role model and a perfect example of a fearless female! 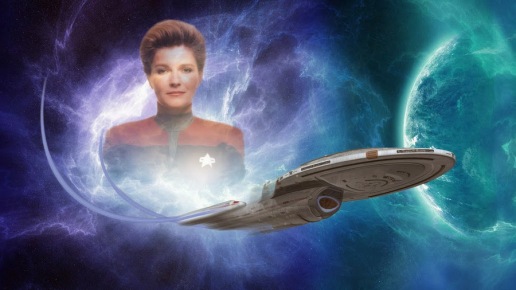 The two Sleepless graphic novels by Sarah Vaughn with art by Leila del Duca were gorgeous. Del Duca created a fully realized kingdom with detailed backgrounds that make looking at the panels a delight. The era has a Renaissance feel with deep jewel tones adding to the atmosphere. The kingdom’s inhabitants are drawn beautifully as is their courtly attire, and there is a welcome diversity. 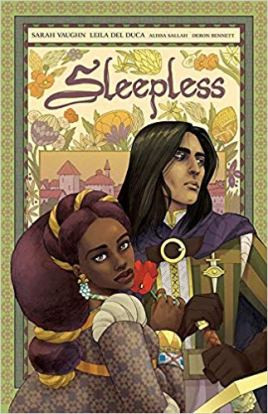 I review YA books for the magazine School Library Journal, but can’t reveal what I read until after it is published in the magazine. However, I also read advance copies for NetGalley and I can tell you I have graphic novels Stiletto by Palle Schmidt and Aquaman: Unspoken Water by Kelly DeConnick in queue.

Halfway through the year and I’m on schedule for my Goodreads challenge of 100 books, as I’m at 56 with a few books almost done this week. So far, so good. Bring on the last half of 2019!