Comics Will Break Your Heart 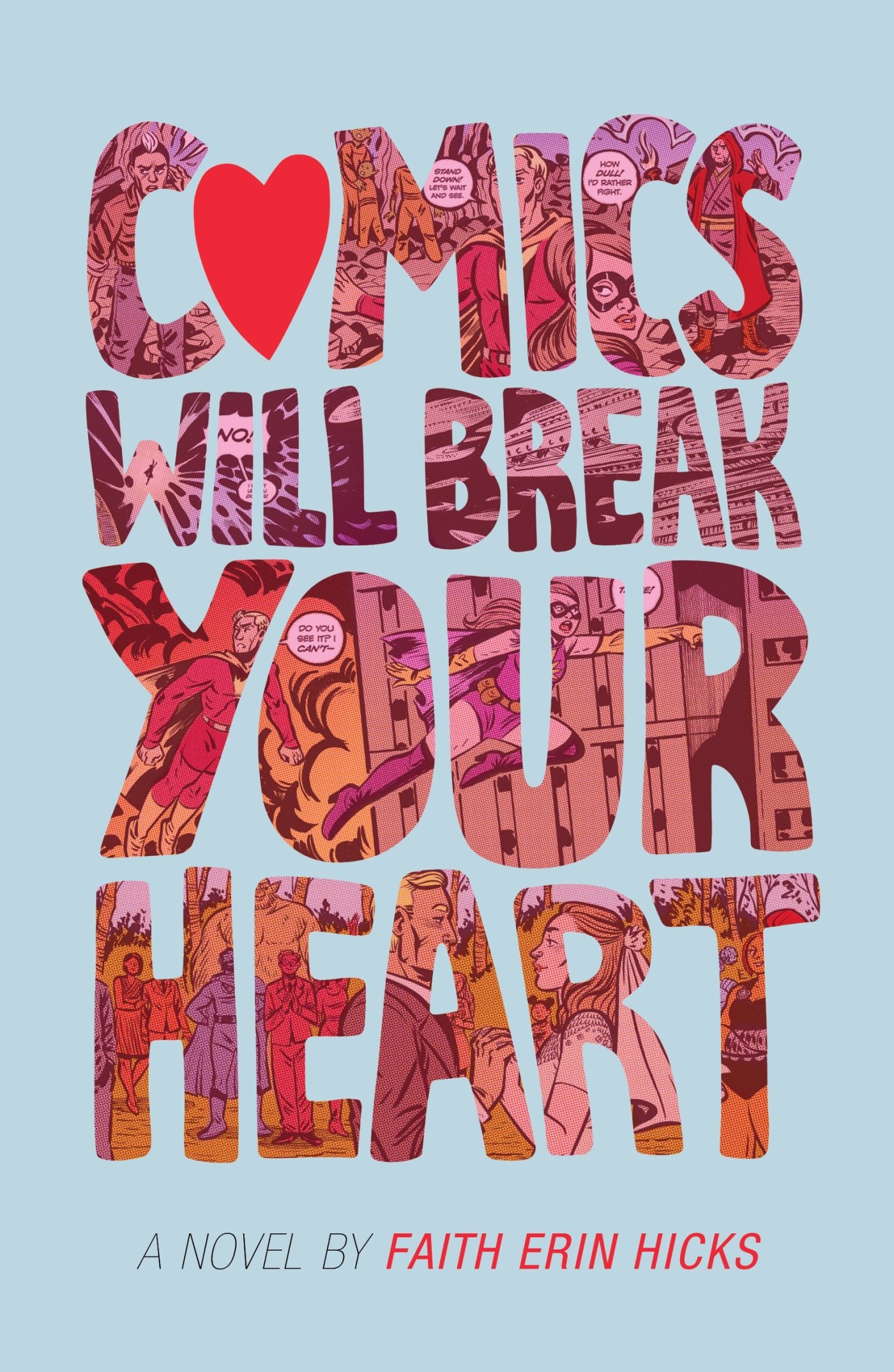 I am a huge fan of Faith Erin Hicks- as I love her graphic novel Friends with Boys and her Nameless City trilogy, so when I saw that she had written her first YA chapter book, I jumped to read it.

Set in Canada (FEH’s home country) this sweet novel tackles first love, with a Romeo and Juliet framework for teens Miriam and Weldon. Years ago Miriam’s grandfather illustrated the comic book Tomorrow Men, but sold his rights to the author before it hit big, as happened IRL to too many artists back in the early days of DC and Marvel (as such the title is based off a quote from artist Jack Kirby who never made it as big as his sometimes writing partner Stan Lee). Now Weldon’s family is reaping the profits as the comic is poised to be the next big movie series, while Miriam’s family lives modestly even after a settlement was made in court. There has been bad blood between the families for decades when the teens meet and begin to fall for one another. I really appreciated there was no instant love, as far too many books use that trope, instead it was gradual and realistic steps towards romance with Weldon showing his interest first. While there was the obligatory misunderstanding that almost derails the relationship, the story ended on a good note at a big comic con which was apropos to the theme of the narrative. This novel gets a definite recommendation from me for it was a lovely ode to nerd culture and love.

The website AV Club had a great article and a FEH graphic to describe the book and the origin of Kirby’s supposed quote. Despite the publicity picture below, the only art is found on the front and back cover of the book. While I missed FEH’s illustrations, her story stood on it’s own! 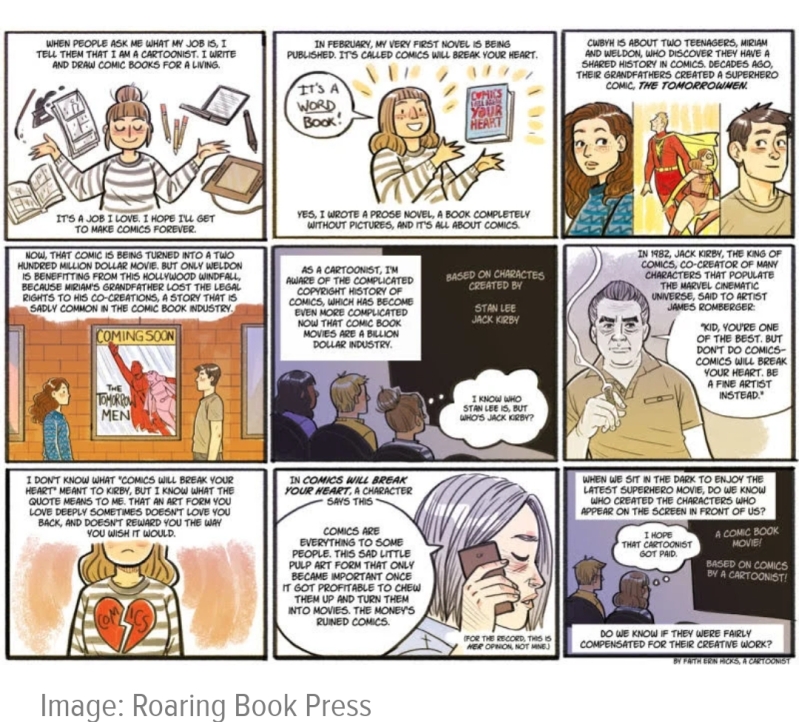 Comics Will Break Your Heart, Faith Erin Hicks, YA

7 thoughts on “Comics Will Break Your Heart”