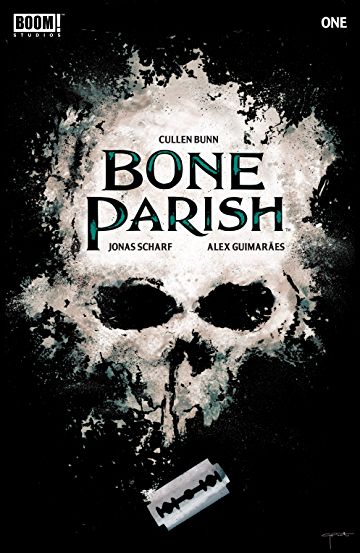 Cullen Bunn has created a new dark and dangerous graphic novel series, and this necromantic horror story grabbed me on the first page and never let go.

A quick synopsis: “A new drug is sweeping through the streets of New Orleans—one made from the ashes of the dead. Wars are being fought over who will control the supply, while the demand only rises.”

The Winters family of New Orleans has discovered how to manufacture the ashes of the dead into a powerful hallucinogenic drug that lets the person snorting the drug to experience everything the dead person lived through when they were alive. In charge of this operation are Grace and Andre, with their four adult children. The oldest, Brae, is chomping at the bit ready to take over the enterprise and questioning his mother. Brigitte is the scientist who is the only one who knows how to turn the dead into ash properly and won’t reveal to others how to do so as to keep her position in the family safe. Leon and Wade end up doing much of the grunt work for the family, with both of them questioning the morality of it all.

As the popularity of the drug grows in the Big Easy, other drug cartels realize the scope of the operation and want in on the action. Several contact Grace with offers of buy-outs but she refuses. Not surprisingly they don’t take it well, and put a target on the family’s back. Some dirty cops are also involved, with Brae trying to control that aspect, but double crosses are part of the game.

There are a few twists and turns in the narrative, with a surprising revelation that will make you back track to look for clues. The story has potential for a thought provoking moral debate about drug culture and the sanctity of life and for the body after death. My excitement for this new series rivals what I felt for Briggs Land, another layered crime saga with an intriguing family led by a strong woman.

The art by Jonas Scharf was perfect for the story, and was reminiscent for me of Gabriel Rodriguez who illustrates the Locke and Key series, which is high praise indeed from me. He establishes the Winters family in a distinct manner, showing a welcome diversity within the family, in addition to when he draws other characters and realistic crowd scenes. The colorist Alex Guimarães really sets the tone with the coloring with an earthen palette for the everyday life, and vibrant pinks and purples to signify the hallucinogenic effect.

As much as I loved the story, I have a few criticisms. The big one: how is the drug controlled by the user? How do they tap into the specific memory of the deceased, as they would have a lifetime of memories to choose from? How do memories from the past physically manifest in those who are taking the drug? Will this be explained, or do we just have to have suspension of disbelief and go with the flow? Also, while I love that Grace is portrayed as a powerful and still sexy matriarch of the family, she looks too young to be a mother to her children, especially Brae. I, myself, am a mother to three teens and I still want to be thought of as a hottie, but Grace should be realistically aged just a tiny bit more.

I believe this new series has a lot of potential for growth and I absolutely will be reading future volumes, as I wish to find out what consequences are in store for the Winters family and those who choose to take the drug. Thank you to NetGalley for approving me to read this novel early, as I believe this series could really take off after it’s release in March. 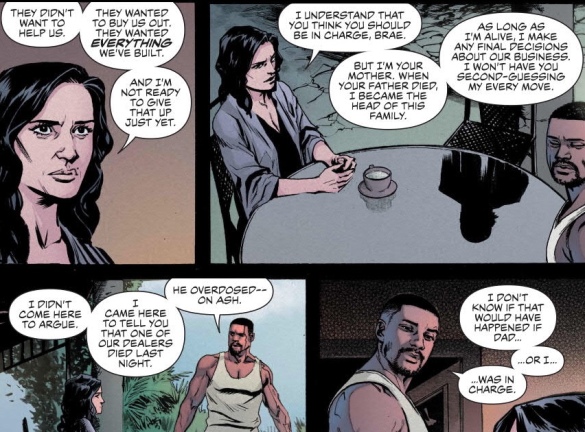