The Joe Shuster Story: The Artist Behind Superman 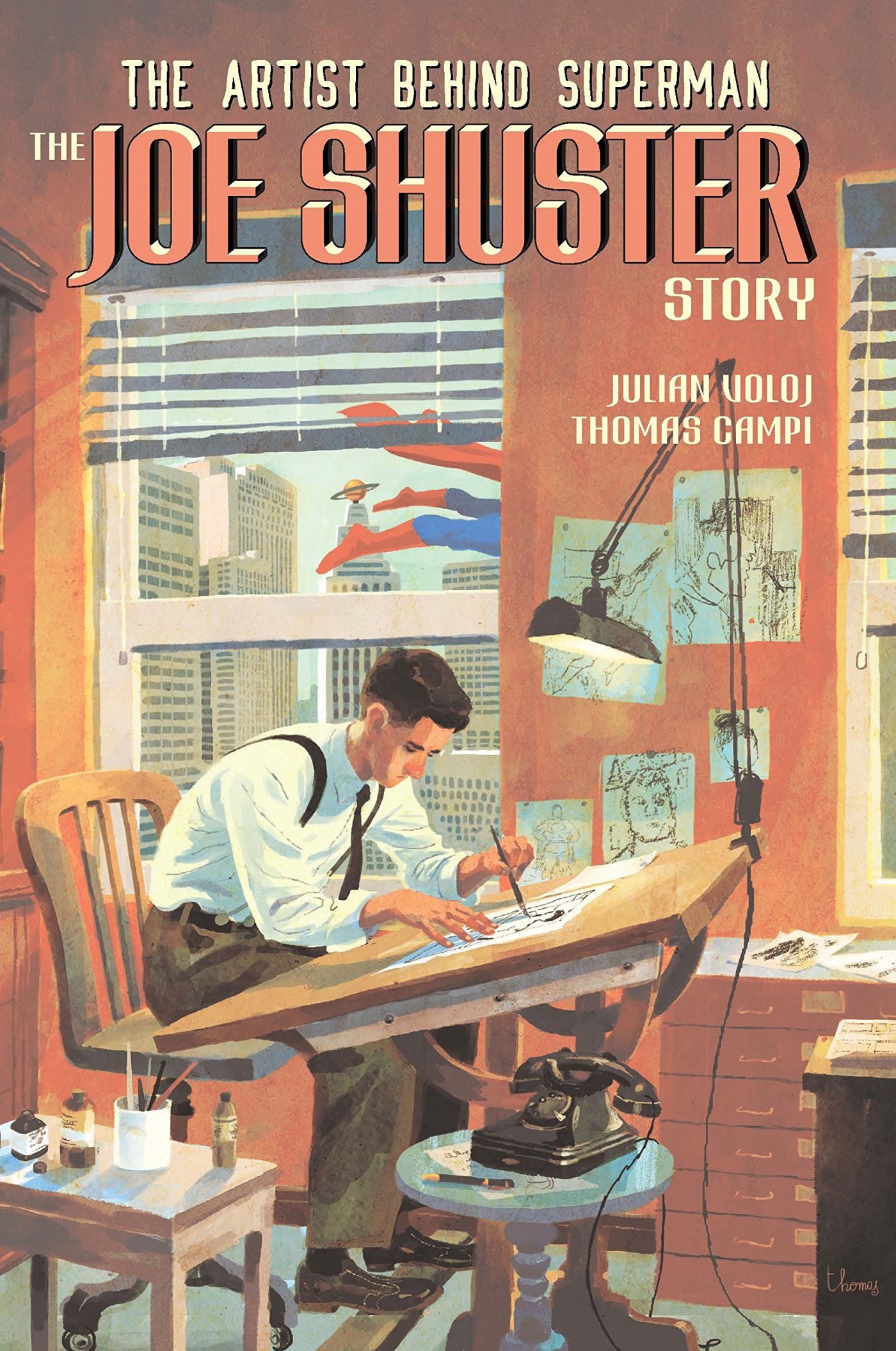 Everyone knows Superman. Big guy, born on the planet Krypton but raised in Smallville, Kansas. Able to leap tall buildings in a single bound. Fights for the ideals of truth, justice, and the American way. What you might not know is the fascinating story of how the idea of Superman was born.

Joe Shuster is a quiet kid growing up in Cleveland, Ohio. He likes to read comic books: the pulps, adventure stories, and detective mysteries, but the science fiction stories are his favorite. He dreams of becoming an illustrator some day, because of his talent for drawing. Through a cousin, he is introduced to Jerry Siegel, a writer with the same passion for comics. Together, they prove an indomitable team of not only creators, but friends.

When they came up with the character they called “Superman,” it was already after a series of successful and unsuccessful publications together, but they knew they were onto something big. Unfortunately, they didn’t make it as big as they thought. Through a string of corporate manipulations, Jerry and Joe were coerced into selling the rights to Superman. These two boys had basically built the superhero comic industry, and they were getting nothing for it. Joe was just content to get a paycheck and provide for his family, but Jerry was ready to fight for more. What’s more important? Staying silent and getting by, or raising hell and demanding change?

Though the book does center more on Joe, Jerry’s story is so entwined with his that it’s almost a dual biography. And though I knew their names, I had no idea how much Jerry and Joe had gone through to get Superman, the first and now arguably the world’s most popular superhero, published. At the time, between the World Wars and during WWII, there were biases and discrimination against Jewish people, which is partially why it was so hard for them to sell their work. Ultimately it was why it was so easy for publishers to manipulate them. Their story is heartbreaking, but ultimately hopeful… like someone else we know, huh? 😉

The art is wonderful. It’s soft, more painterly than graphic, with very little of the hard lines and shading that we’re used to from superhero comics. The warm palette it’s rendered in evokes the nostalgia associated with the time period and the wonder of two teenagers deep in the creative process.

The best thing about the book is, it’s meticulously researched. There is a bibliography at the end for further reading, and a comprehensive notes section. I found the story so fascinating that I read through the notes! I am planning to check out a few of the materials listed in the biography, so I can learn more about Jerry and Joe’s story. This is essential reading for all Superman fans, but anyone interested in the history of the comic publishing industry will love it too.

Voloj, Julian, and Thomas Gampi. The Joe Shuster Story: The Artist Behind Superman. 2018.

2 thoughts on “The Joe Shuster Story: The Artist Behind Superman”