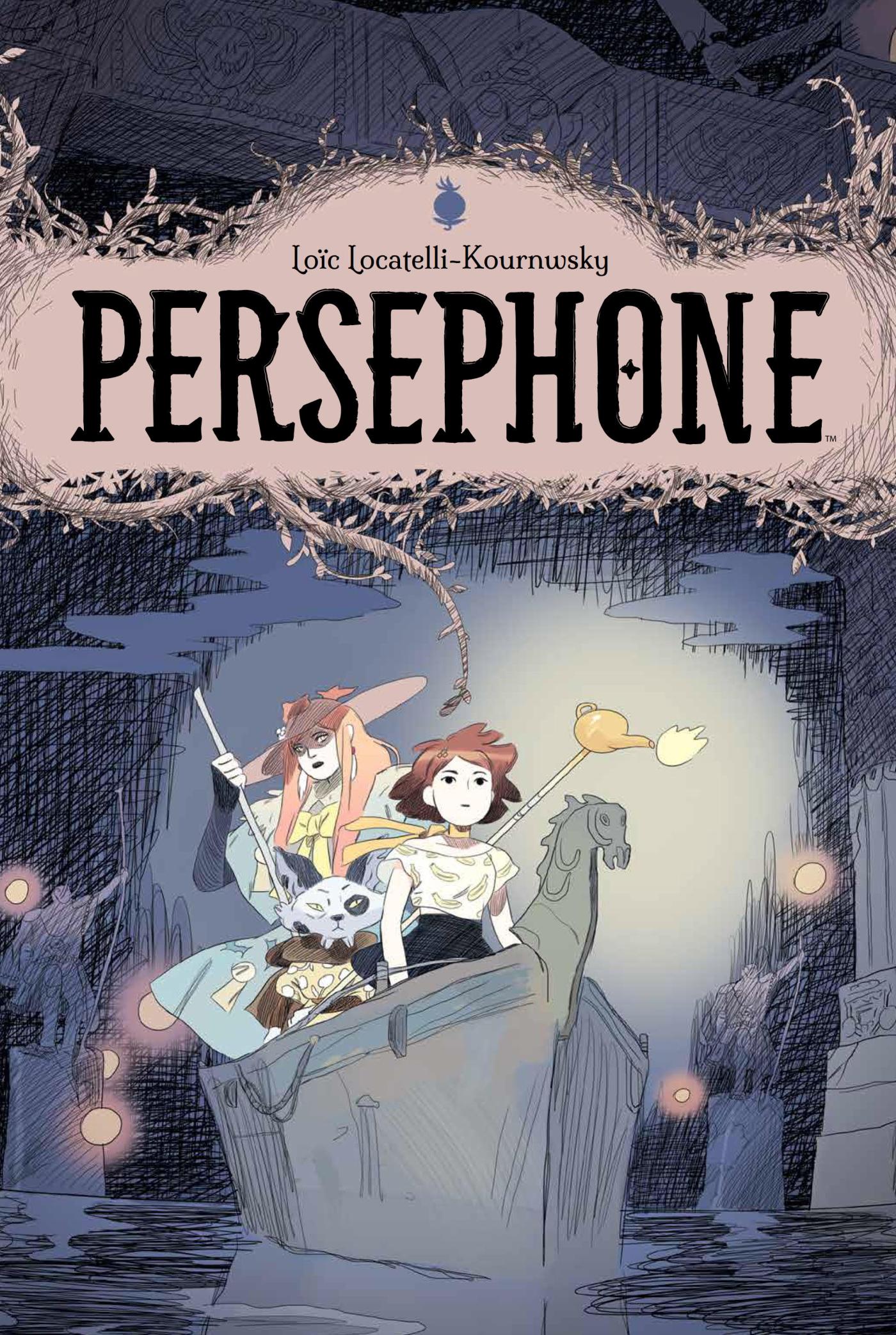 Persephone is just a regular girl… and, well, that’s sort of the problem. Her mother, Demeter, is a powerful witch and Persephone has no powers whatsoever! People have expectations for Persephone that she feels she’s not able to meet. Persephone knows she’s adopted, but has a feeling that her mother is keeping more secrets from her; Demeter shuts down at Persephone’s questions about her birth, her lack of powers, about Demeter’s role in the war with The Underworld. Adding to her curiosity are the recurring nightmares she’s having. Armed with her mother’s diary for a school trip, Persephone decides to find out the truth for herself. Never did she imagine she’d be going to Hades herself to find her answers…

This one was praised in advanced reviews as a phenomenal coming-of-age story – but I found it rather flat. The pastel-colored art is messy and hard to get through. While it is a retelling of the myth of Hades and Persephone, the setting is a mashup of magical, modern, and myth that doesn’t quite mesh. I could easily see Persephone’s inner struggle of this storyline working well enough on its own in the original Greek mythology setting, but the Studio Ghibli-like magical realism the author was going for didn’t quite fit right. If you go in not expecting it to be a carbon copy of the original myth, you’ll probably enjoy it more than I did!