Black Widow: The Name of the Rose 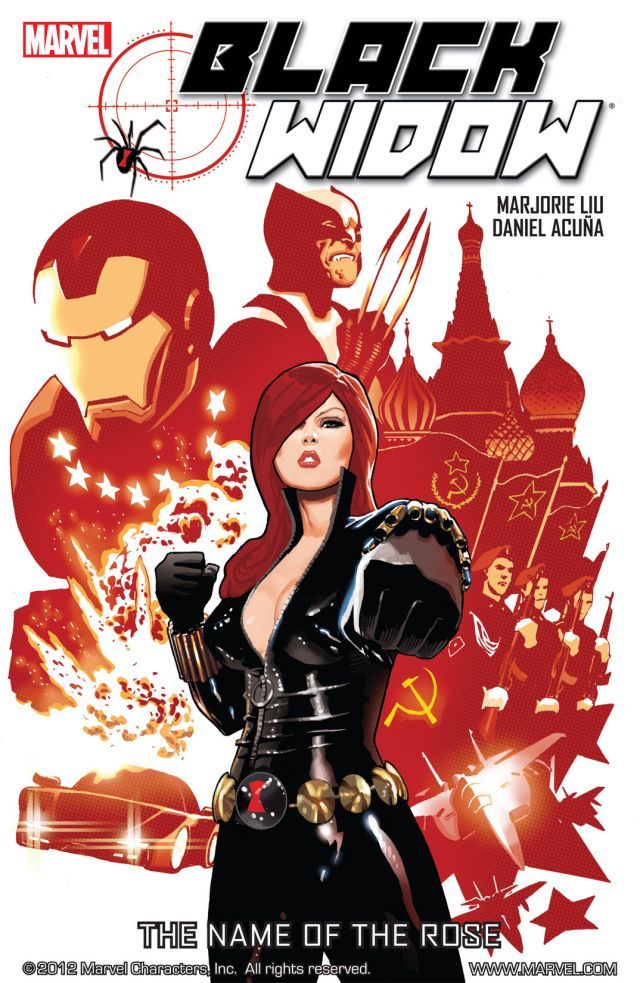 Black Widow is a spy – lies and secrets are her trade. She’s been accepted into the Avengers and they trust her, despite her past. Someone from the old days is haunting Natasha, leaving her black roses and ribbons, and exposing one of her most well-guarded secrets. That trust her friends and fellow heroes have for her may not hold up so well. Furious and determined to get to the bottom of it, Natasha sets out to expose whoever is behind it. ‘Tasha couldn’t care less if she gets hurt – but they’re going after her friends, and they’re going to pay for that.

I’m not one for spy stories or movies  (unless it’s Archer) but I enjoyed this story well enough. I like Marjorie Liu’s other graphic novel work, and that’s what prompted me to pick up this Black Widow comic. As a first-timer, I was a little confused as to the lineup change of one of the Avengers, but I eventually figured it out. Other than that, it was easy to follow, but I might have to seek out a different title for first-timers who may only be familiar with the movies.

The art is deceptively simple: mostly figures with very little background, detail, or other exposition. I believe this was done purposely so the reader focuses on all the action – which, of course, as a spy story, never lets up from page 1. It made for a surprisingly uncluttered look and reading experience and I appreciated it immensely. Some graphic novels written at a fast pace like this one also try to pack as much detail as possible into the art, which can make a book overwhelming. The creators of this one scaled back a little on the art to showcase the writing more, which in my opinion was an excellent design choice.

Sorry this one’s a little late – was having too much fun over PoGo Fest weekend and I’m trying to catch up ;D