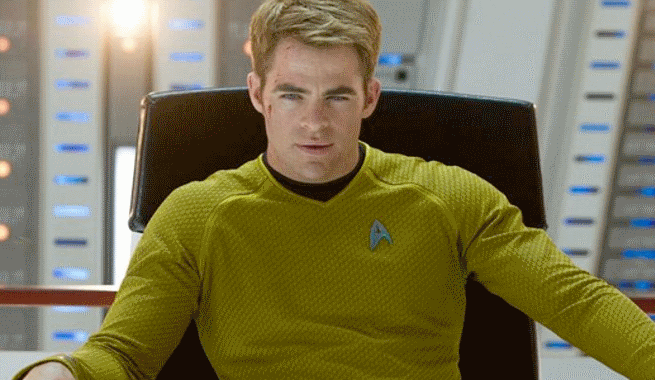 This week, Michael of My Comic Relief, Kalie of Just Dread-full, Kathleen, and I went head to head – trying to decide which cinematic superhero Chris is best! Michael supported Chris Pratt, Kalie choose Chris Hemsworth and Kathleen went with Chris Evans. All three shared heartfelt but misguided treatises as to the superiority of their Chris. While all three are excellent writers, they all fell short (and they secretly know it). Clearly the best was saved for last, which quite obviously is Chris Pine.

To say that the public is blessed with such four outstanding Chrises is an understatement. People come in with their own preconceived notions of what they find attractive, sexy and funny. All of the Chrises fit into those categories, but it takes a truly superior Chris to rise above the rest. So let’s wrap this up for once and for all, as I prove my Chris is best.

As if we needed an introduction to the best of the Chrises, but here it is, announcing it himself:

The public first met Chris as Lord Nicholas Devereaux in The Princess Diaries 2 as he wooed Anne Hathaway. His charm and looks were certainly appealing, but it was the fact that he was a bit of a scoundrel that won her heart (and ours).

And those eyes…OMG, who could resist those eyes! Let’s just pause here for a moment, or two, or three, as we watch him look at us with those EYES. In fact, I shall quote a very wise student of Michael’s who said “The universe is in Chris Pine’s eyes!” (This student deserves an A+ for the semester based on their apparent genius).

But for me, it was hearing the news that he would be portraying Captain Kirk in the rebooted Star Trek movies that sealed the deal. As a long time Star Trek fan I worried if Pine would be able to portray the iconic captain that William Shatner so memorably originated. But he hit it out of the park! I love how Pine pays homage to the original captain but gives it a twist and lets his own rakish charm shine through. 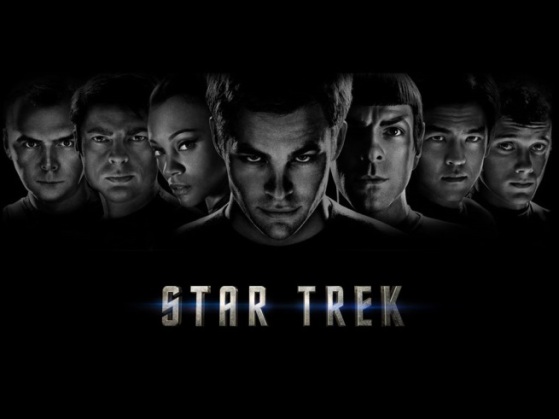 Plus, how about his role as Steve Trevor in the Wonder Woman movie? The best heroine ever picked Chris Pine as her man! Decades after she met him, she still pines for him. He held his own next to the most powerful woman in the world, and was man enough to step aside and let her shine. He wasn’t intimidated by her- he was proud of her! And while I was rooting for them to truly be together, I appreciated how the romance did not take center stage, as their connection was real and not showy. What other Chris could have handled that subtle role?

Lately there has been foolish talk that the upcoming Avengers movie is the best cross-over event- but this graphic novel gem is truly the best crossover. So we have Pine in two worlds- the Star Trek Kelvin universe and the DC universe with Hal Jordan and his fellow Green Lantern Corp meeting the Enterprise crew. Talk about epic crossovers! Can any other Chris helm the combining of two different franchises into one? I think not!

To add to his already considerable skill set, Chris Pine can sing. Not silly songs (like a certain other Chis) but authentic ballads. Listen to him belt out Agony from the musical Into The Woods. So not only can he lead romantic and action movies, he is at home in comedies and musicals. Talk about versatile.

As a final example of his superiority (although by now it’s obvious) Pine has a sense of humor. In this clip he dances, he drinks and he flips cups. I want him at my next party. To top it off, he is the only Chris that can still look sexy in an inflatable fat suit!

To sum it all up- Chris Pine has it all. He has the looks, the charm, the talent, and the voice. He himself boldly states the truth:

To think this all started when I innocently replied to a query about which Chris is best on the Twitter page, Marvel vs DC. I entered in the obvious reply, when Michael then chimed in with his choice of Chris Pratt. Our picture and GIF war was hysterical, and we got our partners (my writing partner and his romantic partner) in on the fun. This four-part series has been enjoyable as we worked out the method in which our posts would appear. So while the four of us may disagree on which Chris is the finest, I think this writing group is the BEST! ♥

The Chris fun continues!  Check out the other compelling (but flawed) arguments in this series: