This week, Michael of My Comic Relief, Kalie of Just Dread-full, Nancy, and I are going head to head – trying to decide which cinematic superhero Chris is best!!! Yesterday, Michael posted a pretty good case for Chris Pratt. However, read on to see my case for the obvious choice, Chris Evans ;D

Wow. Just wow. I hardly have the words to start this post! I guess I just have to start out and say that they certainly cast well for Captain America. 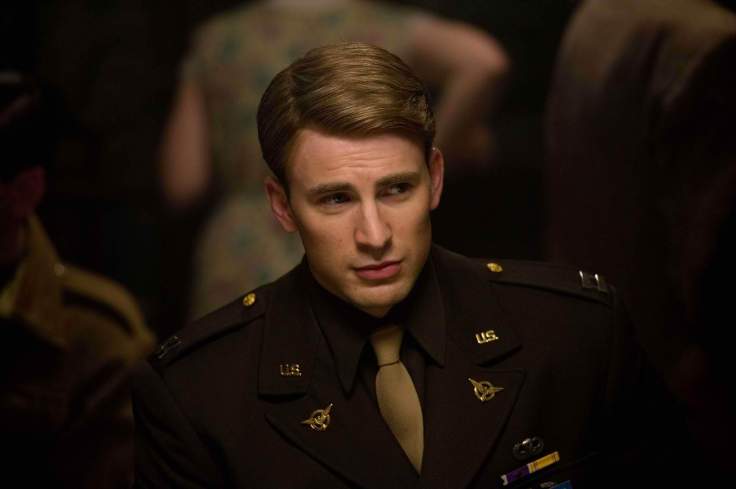 He just has that 1940’s look, doesn’t he? The classic blond-haired, green-eyed, chiseled cheekbones, strong chin, all-American look. Anyone could fall in love with him on looks alone. Personally, his lips and jawline are my weakness. I think very bad thoughts when I see his perfect jawline and those big, pouty lips! And as you can see from the picture above, they had to choose an actor who looks great in a uniform! Do you see any other of the Chrises looking as good in a uniform as they do in their superhero gear? Or any of the other Chrises STILL looking THIS good when they wake up from being asleep in the Arctic for 70 years???

Didn’t think so! (He even looks adorable when he’s confused!)

As Steve Rogers/Captain America, Chris Evans is spot-on. He hates bullies and stands up for what he believes in. He’s persistent: he was recruited into the Super Soldier program after being rejected from the Armed Forces, but he kept going until he was in a place where he could make a difference! Of course, he’s also chivalrous. When he does wake up in the scene pictured above, his first worry is that he missed his date with Peggy Carter. If that’s not enough to break your heart!!!

Adding to the ice cream sobfest (thanks, Emma Stone!) is, of course, Steve’s best friend Bucky disappearing and reappearing as the Winter Soldier. Steve is incredibly loyal to his friends – I mean, the Civil War started in part because Steve still saw the good in Bucky and wanted to protect him from the other superheroes who were hunting the Winter Soldier to bring him to justice. Steve knew the man behind the Winter Soldier was still there, too scared to come out. That’s powerful stuff.

Outside of acting, Chris Evans… well, he’s just adorable. Who hasn’t seen a picture of him laughing and started laughing in turn??? 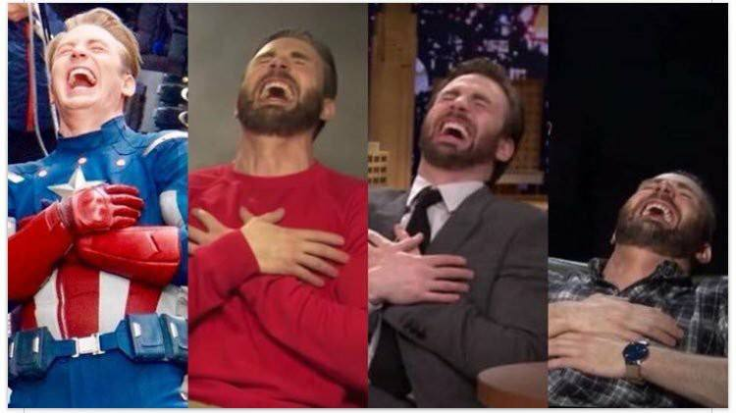 I mean, who can resist that??? The way he crosses his hands over his chest and leans back really far – it’s too much! I’m cracking up as I write this X,D And if that wasn’t enough, here is video footage of him laughing too hard to continue an interview:

As you can see, Chris Hemsworth is also in this interview, but don’t pay attention to him. You can’t anyway. Go ahead and try! All your focus is on our boy Chris Evans totally losing it. He’s like a big ol’ golden retriever puppy whose happiness and joy is totally contagious. Your day is brightened in spite of yourself. Now, did you notice Chris Hemsworth at all during this video???

None of the other Chrises have this combination of seriousness and playfulness. Chris Pratt? He’s all fun and games! Pine? Dude! TOO serious!!! Hemsworth? I guess he would come the closest, but there really is no contest, as the video above shows. Chris Evans is your classic all-American man with the acting chops, great looks, and heart of gold. You can’t get much better than that! Who else is feeling the Chris Evans love???

The Chris fun continues!  Check out the other compelling arguments in this series: