Top 5 Wednesday: Children’s Books to Read as an Adult

Top 5 Wednesday is a weekly meme from Goodreads, and I am actually using last week’s prompt (don’t arrest me T5W police!) about children’s books that adults should read.

As a mother, former teacher, and now a librarian- I love children’s books! All of these books are worth revisiting as adults and should be read and re-read multiple times! I am sticking to picture books for the illustrations completely elevate the stories.

When Jessie Came Across The Sea written by Amy Hest and illustrated by P.J. Lynch

This beautifully illustrated book shares the immigrant experience of many eastern Europeans through the eyes of Jesse, a Jewish teen, who is awarded a ticket to America. She reluctantly leaves her beloved Grandmother and travels on the boat that will take her past the awe inspiring Statue of Liberty to Ellis Island. Other passengers of various ethnic backgrounds are shown, and Jesse befriends a young man named Lou. Taken in by a dressmaker in NYC, Jesse sews lace, and by chance re-meets Lou and a romance develops. Years go by with Jesse learning to speak and write in English, and all the while saving money for a ticket for her Grandmother to join her. Jesse has put off marrying Lou until she is reunited with her Grandmother, so the final page of the reunion is lovely and heartwarming. I cry every time I get to the end of this book.

Pink and Say written and illustrated by Patricia Polacco

Patricia Polacco has written many picture books that are beautiful, heartbreaking, and memorable but Pink and Say is the one that makes me cry every single time I read it. The author shares the story that she claims has been passed down through the generations from her great great grandfather Sheldon (Say) Curtis about his friendship with Pinkus (Pink) Aylee during the Civil War. Say is a teenaged white soldier from Ohio who is injured in battle in Georgia and discovered by Pink, an African American soldier and brings him back to his home to be tended to by his mother. While he mends, Say bonds with Pink and his family but the two young soldiers are eventually caught by Confederates and sent to the prison camp Andersonville. Pink’s fate breaks your heart, but Say keeps his memory alive as he survives the war, and the book puts a human face on the devastation of this terrible time in our nation’s history.

The Dark-Thirty: Southern Tales of the Supernatural written by Patricia C. McKissack and illustrated by Brian Pinkney 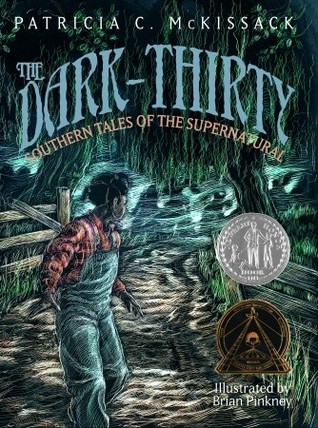 This is an outstanding collection of ten supernatural/horror stories for older youth. Author Patricia C. McKissack sets the African-American tales in the deep south, and the evocative back and white pictures by Brian Pinkney add atmosphere to these Gothic type stories. What really adds weight to the dark and spooky stories is that they are based on real happenings during the slavery era, in addition to stories on civil rights brutality and modern day lynchings. An eye-opening compilation that I highly recommend.

Jenny and the Cat Club written and illustrated by Esther Averill

I adore these books about the shy black cat Jenny Linsky set in NYC. The books were old fashioned when I was a child, but have such enduring appeal. I read them to my children when they were younger and they loved the books too. The adventures that Jenny, her two cat brothers, and all the members of the cat club have are so flippin’ cute. This is the first of a series of books about the cats with The Fire Cat being the most popular. My teen-ager recently made a joke about the cats dancing the Sailor’s Hornpipe and red scarves…the stories stay with you! 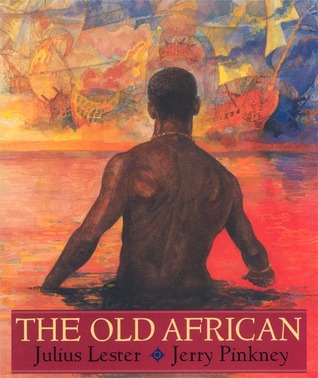 Author Julius Lester and illustrator Jerry Pinkney team together again to tell a beautifully told magical realism tale for mature youth that is based on fact. The re-imaged story is based off the 1803 slave revolt in Georgia and mass suicide that occurred when newly captured Igbo people took over the ship that was transporting them to the various plantations that had bought them after they survived the Middle Passage.

As the Wiki article states “The event’s moral value as a story of resistance towards slavery has symbolic importance in African American folklore and literary history” and is captivatingly told by the talented author and illustrator. The leader of the slaves in this story is The Old African, who as a young man was kidnapped from his home along with his wife Ola. The Middle Passage is described in heartbreaking detail and does not shy away from the horrors of the conditions that were endured and the reality that women were sexually abused. We witness Ola committing suicide to avoid rape, and Jaja’s mentor Obasi being beaten to death.

Many years go by after he is sold into slavery, and Jaja is now an elderly man who is mute but has magical powers that he uses to help ease suffering on the plantation on which he lives. When an escaped slave is brought back and savagely whipped, he steps in to help, but knows his help has earned him a death sentence. He then leads a group of slaves to the ocean and leads them home to Africa. That the escaped slaves have a triumphant conclusion is symbolic for staying strong in the face of adversary and resisting oppression. I highly recommend this complex and thought provoking book, and would suggest it to readers who are ready to think critically about this book’s message.

If you haven’t read any of these books, make sure you check them out and/or revisit these books again if you’ve read them in the past. And most importantly- SHARE them with youth today!

4 thoughts on “Top 5 Wednesday: Children’s Books to Read as an Adult”