Bloodshot Salvation: The Book of Revenge 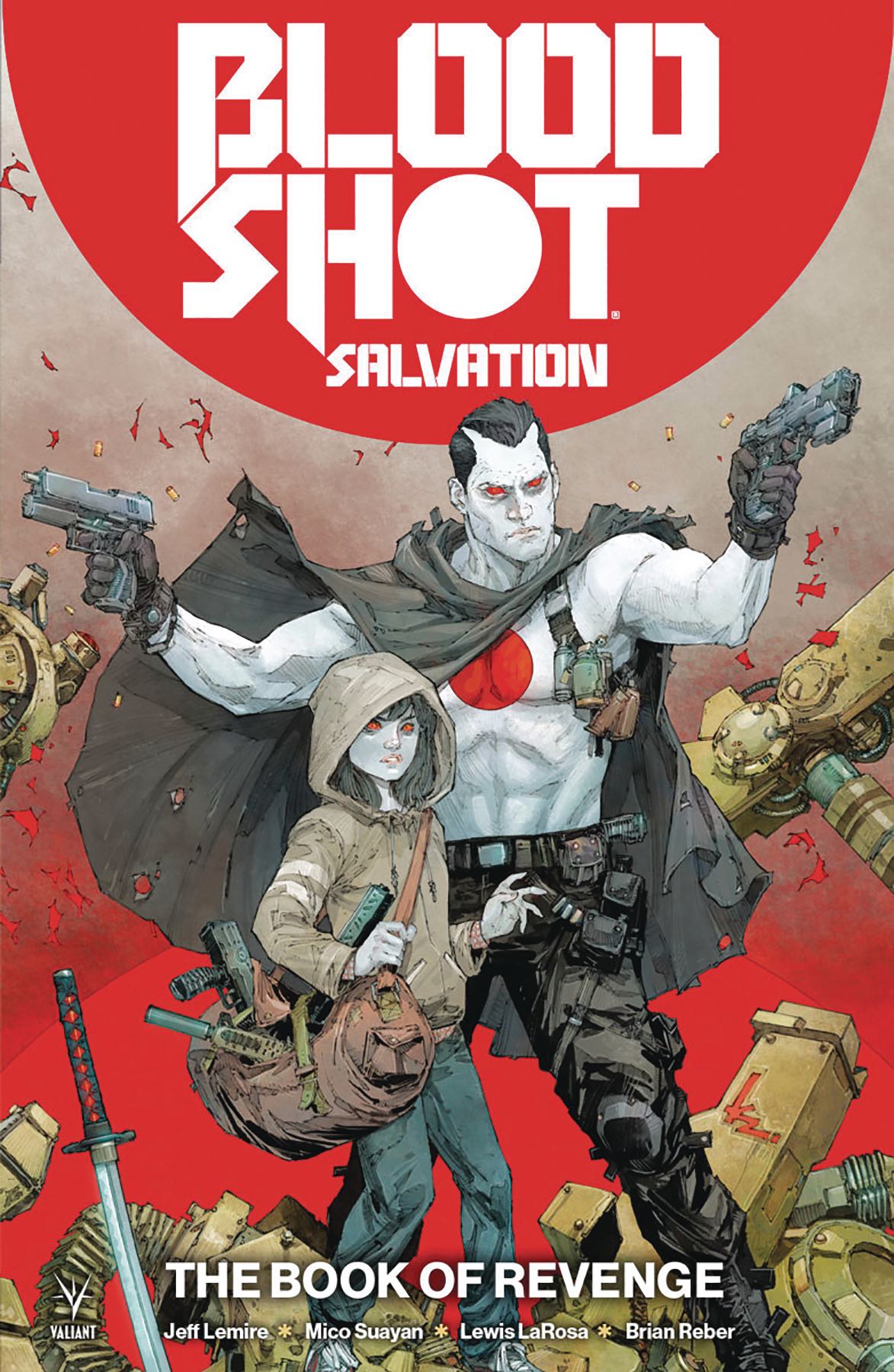 So…there’s a lot of blood in Bloodshot. Who woulda’ thunk it?

Having read virtually no Valiant titles except for Faith:Hollywood and Vine, I only had a passing recognition of Bloodshot, but no real understanding of who he was or his backstory. I picked up this digital copy because Jeff Lemire (who must be an android and not sleep because his output of titles is amazing) is the author and I’m a sucker for a good revenge story.

Bloodshot aka Ray Garrison is a former soldier who worked for the shadowy Project Rising Spirit, and whose nanites in his bloodstream could transform him into a killing machine with healing powers (shades of Wolverine from Marvel). His memory has been wiped several times, but he has escaped from the decommissioned PRS in the previous Reborn series, and has established a family with his girlfriend Magic. They have a baby daughter who seems to be perfectly healthy and free of Ray’s powers.

It’s all too good to be true, and frankly Ray decides to f**k everything up by going after Magic’s father who is a cult leader and has been harassing her to rejoin his compound. Plans go sideways, his daughter Jessie gets sick and PRS gets new funding and doesn’t want any former soldiers on the loose. There are time jumps, transfigurations and many many deaths. Then there is the required twist and cliff hanger to make you come back for future volumes.

The artwork is excellent, with a gritty realism and a subdued color palate. The artists are very fond of exploding eyeballs and showcasing gore. But I do have a complaint: the front cover is misleading. It shows Jessie as a young girl with the trademark white skin next to her father. This scene did not happen, and in fact, Jessie has not seen her Dad in years at this point. While I assume they will be reuniting in the next volume, this cover was very inaccurate.

I’m glad I had a chance to read this title through NetGalley, as Vin Diesel is signed on to portray Bloodshot in a movie adaptation, and now I have a passing understanding of the Bloodshot saga. I’m rooting for Ray’s family to have a happy ending, but we all know it won’t come easy.

9 thoughts on “Bloodshot Salvation: The Book of Revenge”