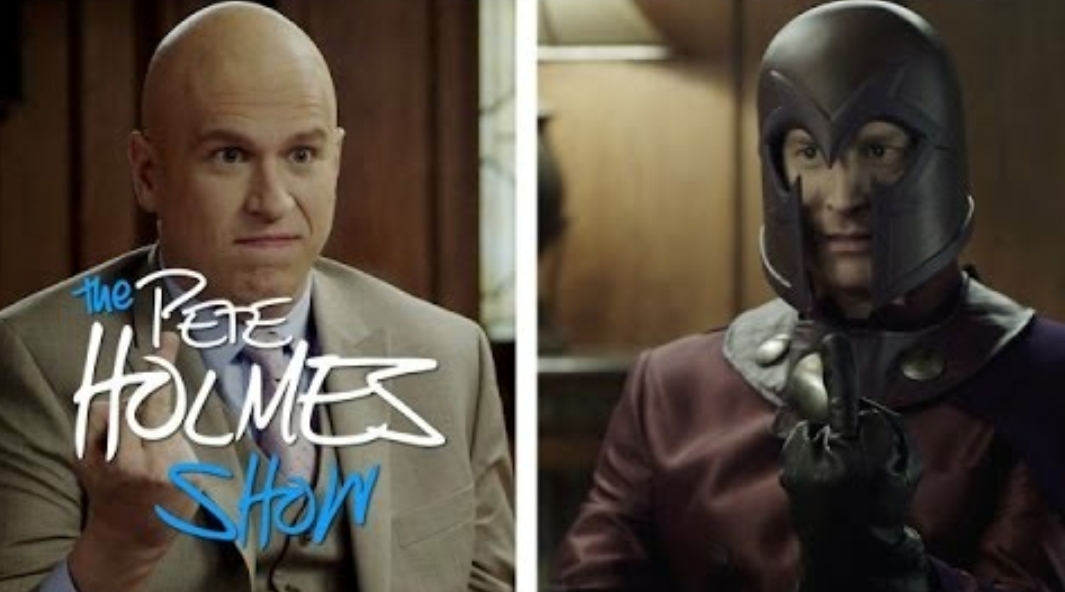 Pete Holmes is a wickedly funny comedian, and he had some spot-on videos about the weaknesses of the X-Men team.  For his now defunct late night show, Holmes did a series of skits on the failings of many of the X-Men heroes, and how their vulnerabilities made them a threat to the team. He portrayed Professor X in eleven hilarious but vulgar video clips. I previously spotlighted Wolverine, Nightcrawler, Gambit, Jubilee, Rogue, Storm and Jean Grey. That leaves my last four to get their walking papers! (For mature audiences only)

Angel: What can Angel do besides fly? Does he truly have any other power? Nope.

Iceman: What does the song Kiss From A Rose by Seal have to do with Iceman’s firing? Watch to find out.

Cyclops: What is keeping Cyclops laser beams from killing everyone? His glasses. The glasses that could fall off his head at any time!

Magneto: Professor X insults his arch-nemesis, and their disrespectful quips back and forth are hilarious. Their insults are evenly balanced until the end, when the Professor gets one last dig in.

Thus concludes my months in the making series of these X-Men spoofs. Make sure you enjoy all eleven videos when no tender ears are nearby!