It’s Friday the 13th today! And what better way to celebrate than with this writing prompt- Hype or Like Friday: I’m A Scaredy-Cat… list the top 13 books and films that scare you the most! You will quickly see I like my horror stories short and scary. I am a big fan of Stephen King, but typically only of his shorter work.

Impressive collection of horror/fantasy/paranormal short stories that were all inspired by old movies or books. The inspiration of each story is listed at the end of each story, but the fun is in guessing before you know for sure. 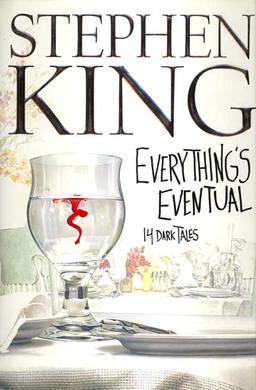 King became too wordy for me a long time ago, so I now stick to his short stories for I feel he writes them very well. I liked how not all of them had horror or a supernatural element to them, but they all brought the characters to life. Some authors write a whole book and you still don’t have a fully fleshed out character, so I have always felt short story writers who can pull you in quickly are the best authors.  My favorites were Everything’s Eventual (listened to this on audio-Justin Long nailed it), Riding the Bullet and The Road Virus Heads North.

When I wrote my discussion post on whether classic stories should be adapted into graphic novels, I deliberately left stories about Poe off. I love many of the macabre poems and short stories he wrote, and I had heard that this adaptation would be out soon. The illustrations here are evocative, and I will be reviewing this particular book in a few weeks. (Edit- here it is!) 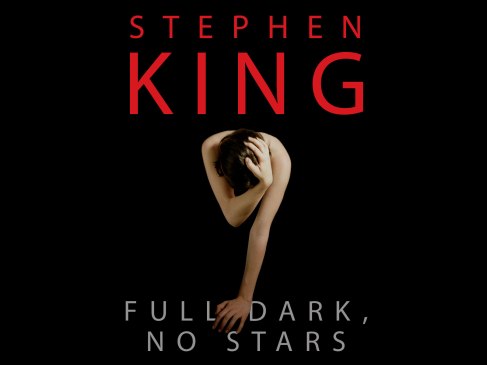 Four very dark short stories with Big Driver and A Fair Marriage being my favorites. This was the book that truly gave me the most chills, as they were very realistic and grim.

One of the best graphic novel series I have ever read, Locke & Key starts with a family tragedy as the Locke family is terrorized by two students who have an ax to grind with the father, Rendell, who is a high school guidance counselor.  After the father’s murder, the shattered family leaves California and heads to Massachusetts to start over at the Locke family estate, where Rendell’s younger brother Duncan provides them sanctuary. But alas, more evil awaits them there. This supernatural thriller set in a small coastal town is a winner and is being developed for a series on Hulu.

These early stories of King stories grab your attention, and wonderfully describe the characters and locale in just a few pages. Favorites were Jerusalem’s Lot, Strawberry Spring, Children of the Corn, and I Am the Doorway. That many of these short stories were adapted into movies say a lot about the strength of his writing.

As for the movies…

Alien– There is no place to escape in space! That alien is so freakin’ creepy.

The Ring– The urban legends are true! Don’t watch the video!

The Blair Witch Project– The first of the “lost footage” movies that was perfectly done and set the stage for a new genre.

Poltergeist– I watched this as a child and it freaked me out. Children in danger, killer clown toy, and a house built on a graveyard- this had everything to scare me!

Carrie– Religious fanaticism, telekinesis and mayhem at the prom!

The Silence of the Lambs– Cannibalism and mind games at their finest.

Give these stories and movies a chance, and you’ll be sure to have a frightfully good time!