Green Arrow/Black Canary: For Better or For Worse 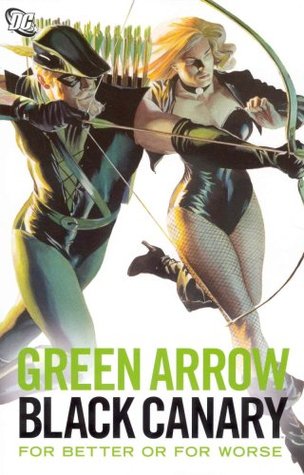 As I’ve stated in previous posts, I love Green Arrow and Black Canary as a couple. They have a lot of history and are so freaking cute besides. This volume compiles various stories of Ollie and Dinah starting from the Silver Age. Some of my favorites were:

As with any compilation, the art and writing styles varied considerably throughout. There was only one I absolutely hated, but it’s one of the short ones so that was good! I really wish they would have put cover pages at the start of each individual story like they do in the Greatest Stories Ever Told. They did kind of at the end, where all the stories were connected – but they only wrote what was missing between them. This might not bother some, as it does make it a little more cohesive, but it’s something I didn’t know I appreciated until it was gone!

… For some strange reason, I felt some weird deja-vu as I read the first few stories especially. I felt as if I’d read them before. When I texted my boyfriend what I was reading, he said he’d bought that one and I must have flipped through it at some point. Great minds think alike =P

Various. Green Arrow/Black Canary: For Better or For Worse. 2007.

2 thoughts on “Green Arrow/Black Canary: For Better or For Worse”