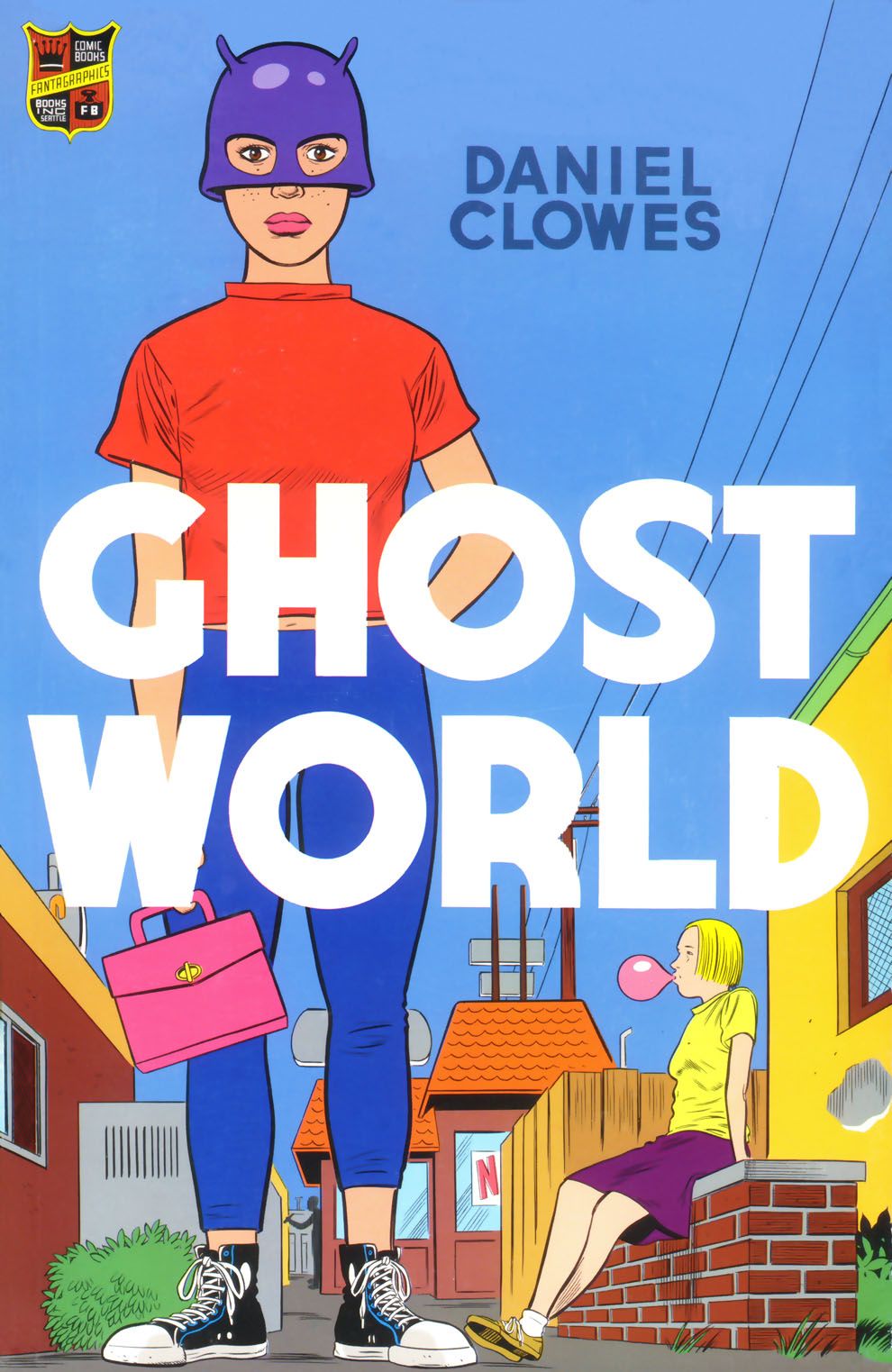 Spoiler alert: I HATED both. Truly hated both the book and movie.

I have read graphic novels I haven’t cared for before.  I didn’t like Sandman or Civil War II, but neither left me with such a bad taste as this story. I was angry at Enid and Rebecca, the two teen-aged best friends, who are so hateful and nasty. Truth be told, I have met people like this- people who are so unhappy with themselves that they strike out at anybody, hoping to elevate their own sorry selves.

A lot of comedies nowadays have characters that are jaded and say sarcastic quips to one another for laughs. But, in a tired trope, they always have a heart of gold and come though to help their friends and family. Well, I would have welcomed that trope here- for these two young women were miserable and petulant. I also did not like how they clung to each other, and would not let anyone else into their tight friendship. While I am blessed to have two best friends, I also have circles of friends from HS, college, my community and work. Why isolate yourself? What happens if the friendship ends for some reason-then you have nobody. Plus, I’ve always been turned off by intensely cliquey people. It’s an affront to my natural sociability.

The artwork in this relatively short book was unique. Drawn in black and white, a blue-green wash overlaid the panels, giving it an odd shading. The backgrounds were drawn realistically, but often the close ups of faces resembled caricatures, and were not attractive. The non-prettying up of the characters lent it some authenticity, as did some of the dialogue, yet I felt the author was trying too hard.

To top it all off- I never learned what Ghost World stood for. Was I not deep enough to understand a metaphor? By the end of the book, I didn’t even care if I was missing a huge clue, I just wanted to be done. 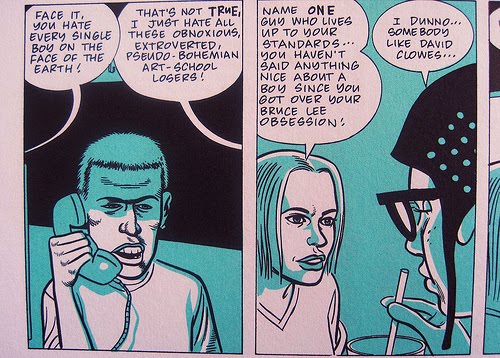 So why, after hating the graphic novel, would I subject myself to the movie? I was curious as to how the two well regarded actresses would portray the parts. Thora Birch as Enid, and Scarlett Johansson as Rebecca were well suited physically to the roles. They captured the world weariness and Gen X angst of the early 90’s. Some roles in the movie were expanded such as Seymour’s character, played by Steve Buscemi. If anything the movie was slightly better than the book, but I’d say it was because I liked the look of the movie better than the way people were drawn in the book. So while it wasn’t a true replication, it kept true to the spirit of the book, and was a faithful adaptation. Thus, I did not like it.

So this review ends up being less a review of the book and movie, and more a commentary of how I feel about people. Be nice! Be kind! Be inclusive! If you don’t have anything nice to say, then shut up. I know I live in a bourgeois bubble at times, but I can still be shocked at how mean people are. Do I have to have a harder shell to succeed? I hope not. At least this book got an emotional response from me, and for that, it was noteworthy.