Top 5 Wednesday is a weekly meme from Goodreads, and this week the prompt is about “unlikeable” protagonists. So I’m going to share the ones I pulled for!

Negan from The Walking Dead

I love this villain! He is complex, and shows brief moments of compassion and insight, but then rips your heart out with his brutality. I hated the Governor and his over the top inhumanity, while Negan is more believable. I am snatching up the book about his past when it comes out in October.

Amy is twisted. She and Nick are so outrageously dysfunctional, and what she did and all the planning that must have gone into it were awesome. The twists at the end were unexpected, and while I had a bit of sympathy for Nick, he kind of deserves it. I’ve thought about what their future holds, and the child they will raise.

Gertrude from I Hate Fairyland

Gert is a foul-mouthed violent sociopath that you will think of fondly. Skottie Young’s distinctive style will make you laugh and root for a girl who will shank you if you look at her sideways.

Jack from the Fables series

Jack the Giant Killer, Little Jack Horner, Jack and the Beanstalk, Jack Be Nimble, Jack Frost, and Jack O’Lantern…these are all names that Jack of Fables is known by. Here’s another name- a$$hole, but yet you’ll be rooting for him to escape Fabletown. 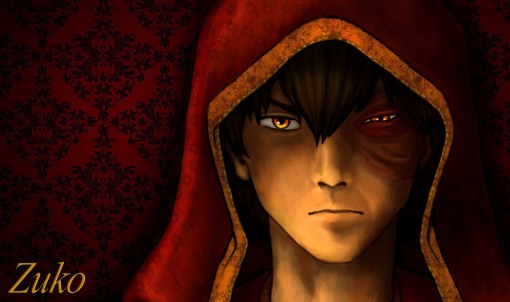 I loved watching Avatar with my kids when it was on Nickelodeon. Zuko was the classic  misunderstood anti-hero who just needed someone to love and understand him in order for him to change. I enjoyed his redemption at the end, and how he and Aang were able to end the terrible reign of the evil Fire Lord together.

Rooting for the underdog can be fun, for often these characters are more complex than the typical (and sometimes boring) hero. Who would you pick?