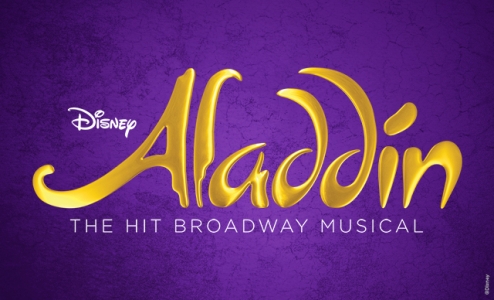 Have we reviewed a musical here before?

I feel like I do a lot of firsts here =P

Aladdin is my very favorite Disney movie. My mom got my boyfriend and I tickets for the Broadway in Chicago show for Christmas. She hid them in a pair of winter boots she got me and one fell out when I went to try them on. I was so shocked and overwhelmed when I realized what it was that I cried. So my boyfriend and I spent this weekend in downtown Chicago to see it!

It’s not exactly like the movie, so don’t go in expecting that, though the storyline is basically the same. Aladdin, a street rat, is scraping by on the streets of Agrabah. He meets and falls in love with the Princess Jasmine, who is desperate to carve her own path and marry for love, not politics. Through the trickery of Jafar, the Royal Vizier next in line for the throne, Aladdin is coerced into entering the Cave of Wonders to secure a lamp. But not just any lamp… a lamp containing a Genie. Genie promises Aladdin three wishes, and Aladdin promises to set Genie free as his third wish. But his first? Becoming a prince to woo the princess. Being a prince is harder than it looks, but even harder is keeping up the charade. Will Aladdin live out the lie or stay true to himself?

New characters are introduced and some are humanized for the sake of theater. Iago is not a parrot here but Jafar’s assistant who “parrots” everything Jafar says. Instead of his monkey sidekick Abu, Aladdin gains three goofy yet steadfast friends: Omar, Babkak, and Kassim. A plot line scrapped from the original movie script resurfaces here: Aladdin’s mom has passed away, and he’s trying to turn over a new leaf in her memory.

Though it was utilized poorly: her death was mentioned in passing once at the beginning, so if you weren’t paying attention, you probably missed it and wondered why there were 2 reprises of “Proud of Your Boy.”

In a phrase, this musical is visually dazzling. The set design was PHENOMENAL. I was astonished they were able to fit so many scenes on one stage. There’s the streets of Agrabah, Aladdin’s house, the Royal Palace, the Cave of Wonders (complete with giant tiger head), the famous star-studded magic carpet ride, and many more. Everything glittered – including the actors, their costumes had sequins and some wore glittery makeup. The last musical I saw was Sweeney Todd, which had a towering but minimalist set. By comparison (though really, who could compare the two?), Aladdin‘s set was extravagant, saturated with color, and fluid, shifting like the desert sands.

The actors were all incredible. Aladdin was roguish but charming. Jasmine was, of course, headstrong and defiant, yearning with all her heart for more of her tiny corner of the world. The ensemble were fantastic. The Sultan was much more of a side character, but the one song he sang, dang the man had chops. Jafar and Iago never really hit the same “sinister villain” mark as in the movie, they felt more like those laughable bad guys you love to hate. Omar, Babkak, and Kassim were funny and acted as Aladdin’s conscience as much as Genie did.

And Genie. Oh man. He needs a whole paragraph dedicated to him. You know how Robin Williams’ performance stole the whole movie? The same thing happened here. He was hilarious (had the audience dying a minute in with a Cubs hat), flamboyant, HOT DAMN HE COULD SING, and he truly made magic happen onstage. The scene at the end where Aladdin frees him broke open my floodgates and made me realize the true reason I love this story.

Jasmine of course, is my favorite Disney princess. I love that she stood up for what she believed in and stood her ground until the world shifted to suit her. But that’s not really why I love it.

The friendship between Aladdin and Genie is the real magic of this story. Aladdin learns what it means to be a friend, to be true to himself and his friends, and keep his promises. Genie helped Aladdin find the love of his life, but Aladdin gave Genie what he wanted most, the most precious gift in the world, without being asked: freedom.

That Genie was played by a black man made it even more powerful, or maybe problematic depending on your point of view, but the impact of that moment cannot be denied no matter what.

The only thing I was truly disappointed by was Jafar’s downfall. I guess they ran out of room for a giant Jafar-snake in the back with all the set pieces. Or maybe the giant tiger ate it? My point is, what was the entire third act of the movie was basically squeezed into 30 seconds. That was one vanishing act that could have used a lot of work.

If you’re visiting Chicago for a weekend this summer, go ahead and get a ticket. You’re in for a visual feast, a whole lot of laughs, and the A/C in the Cadillac Palace Theater. I texted my mom a HUGE thank you immediately after the show. She texted back, “You’re welcome, Kathleen. I couldn’t have it come to Chicago and have you not see it. It was worth it. I’m sure there’s a big smile on your face and happiness!!!” 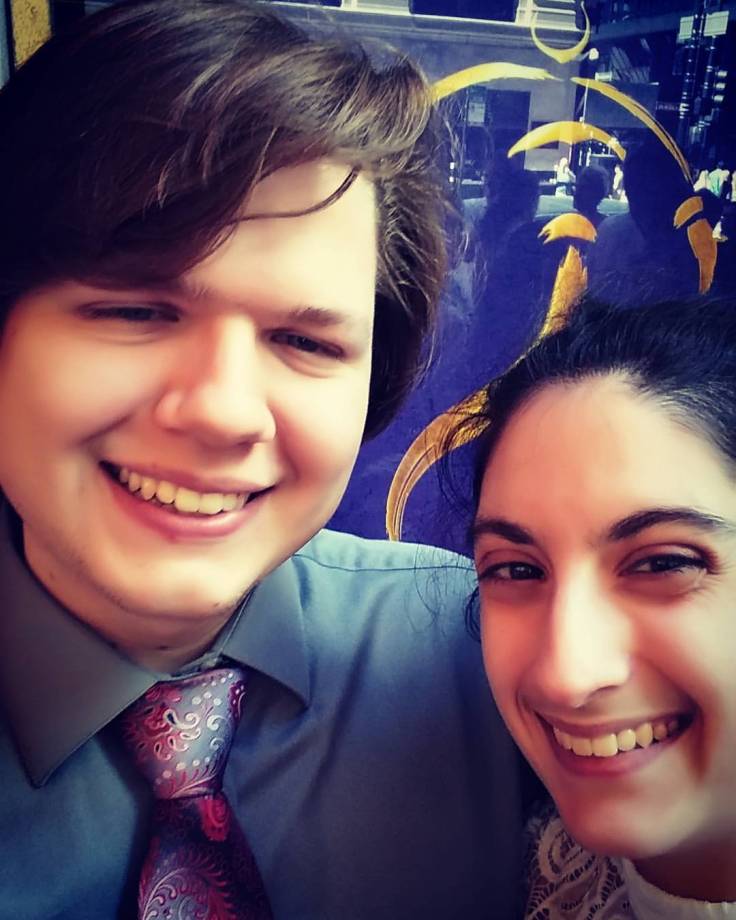