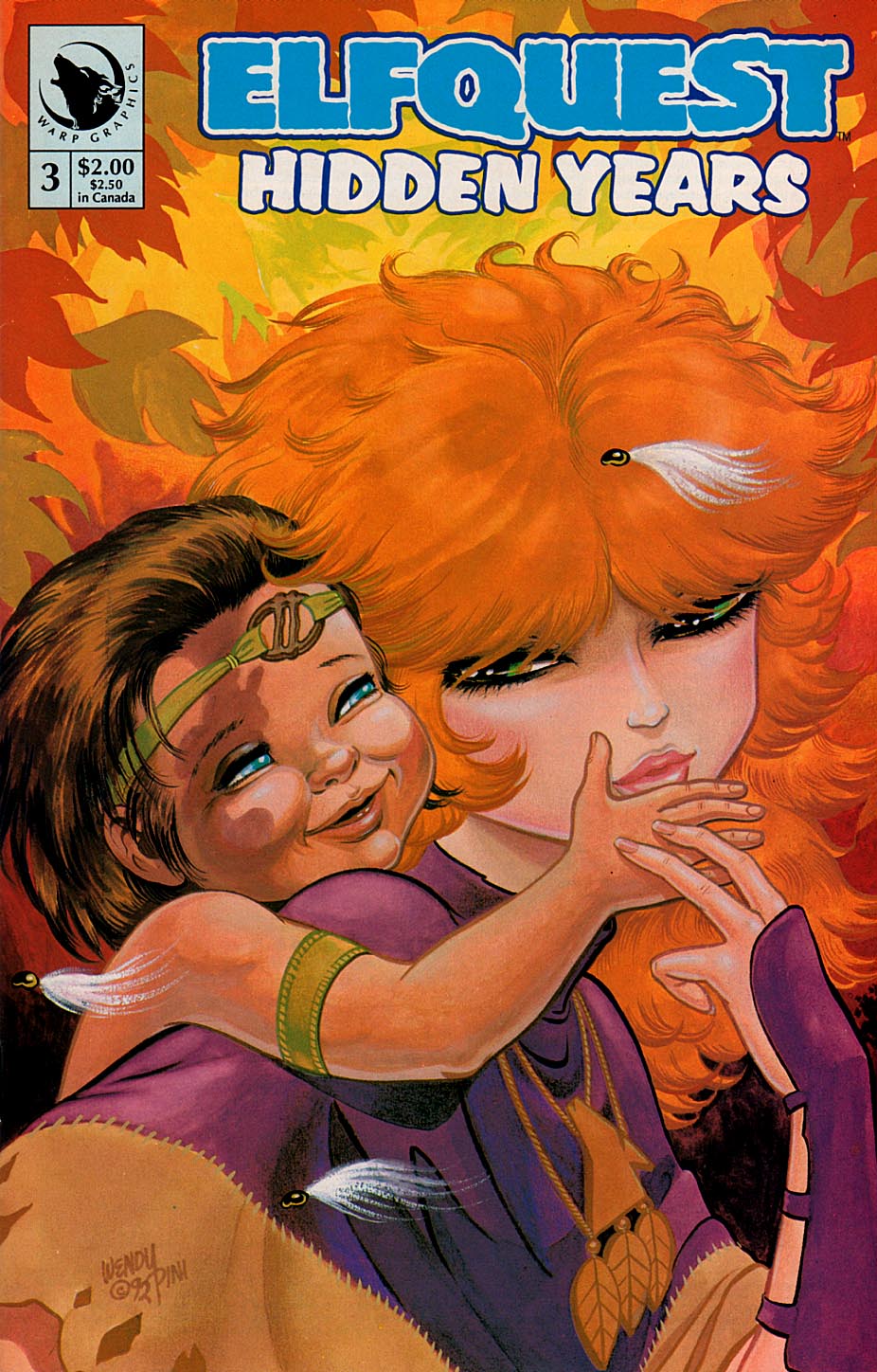 The series ElfQuest by Wendy & Richard Pini is what first brought me into the comics/graphic novels world years ago. I was introduced to the series by my high school boyfriend (now my husband ♥) and I was enthralled. The Wolfrider saga was complex with a multi-generational elf tribe and long running storylines. The art is outstanding with such beauty and detail, and I bought the books for years. Trying to summarize the epic adventures is hard, but the story I am highlighting took place during the hidden years, when the tribe was divided and many years has passed. Tyleet, a young elf, is sharing what happened to her during the other’s absence.

When this issue came out Tyleet was a relatively new character that was the child of original tribe members Redlance and  Nightfall, and with this story she became my favorite, due to her sweetness and quiet determination. Tyleet discovers a newborn human abandoned in the forest, and tries to secretly return the child to it’s home village. When the child is again brought to the forest to die, she decides to adopt the child and raise him in the elfin tribe. While several members are against her doing so, Tyleet perseveres and raises the boy to his teen years, with everyone pitching in to teach him forest skills. Eventually though he reaches adolescence and craves to be with his own kind. Tyleet reluctantly says goodbye to her adopted son, knowing if he leaves the elves, he will not be welcome back as for everyone’s safety.

Tyleet finally discovers why he had been rejected by his birth parents, for the birthmark around his eye was deemed a bad omen, and she realizes her loving nickname for him is what had originally been the reason he had been cast out. Now it is Little Patch’s turn at perseverance and he out hunts and out provides all the men in the tribe, resulting in him being taken back into their fold. Years go by, and Tyleet secretly watches him, as he marries and becomes a respected leader.  He never reveals the whereabouts of the elves, but when he reaches old age, dementia loosens his tongue and he speaks of his childhood with the elves. Luckily he is not believed, and in one last burst of strength he comes back to the forest to find his mother Tyleet. As elves take hundreds if not thousands of years to age, Tyleet looks exactly the same to him as when he was an infant. Mother and son share one last sweet moment before he dies in her arms.

No matter how many times I read this story, I am struck to the core and cry. Tyleet’s parting words, “One brave and helpful life…two worlds the better for it. He did well, my cub. He did very well” shows a deep love that does not require blood ties. In fact, there must be something in my eye as I type right now, because tears are splashing on the keyboard. While the long tales are beyond good in this series, it is this one-shot story that forever defines ElfQuest in my mind.

Check out the ElfQuest site and this particular story, Hidden Years: Little Patch for yourself, and fall in love with the Wolfriders!