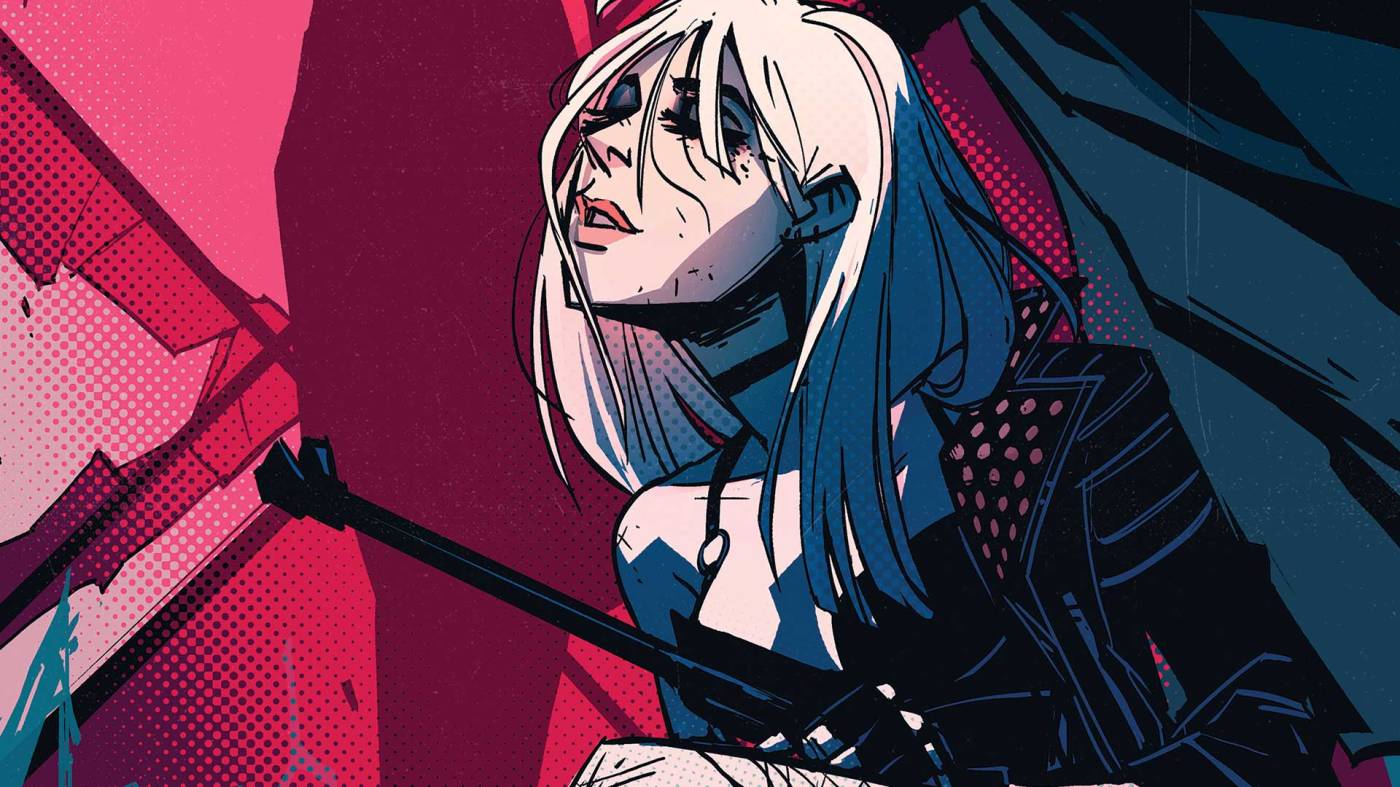 Dinah’s left Black Canary in the hands of Bo Maeve, their new lead singer, and gone to find out the truth about her mother. She falls in with a ninja death cult, who may have had a hand in her mother’s disappearance, at the persuasion of her Aunt Rena. She manages to escape and returns to Gotham to enlist the help of her friend, Barbara. The leader of the cult, however, follows her… and will stop at nothing until Dinah shows her a move called “the Five Heavens Palm.” Dinah’s mother apparently knew it, and it’s assumed she showed Dinah how to do it. But how can Dinah show her a move she doesn’t even know? And when she gets wind that Black Canary is in trouble, will Dinah help her friends, or continue her quest to find her family?

The art in this run is phenomenal. The characters, dressed in dark clothes, look almost cut and pasted against the neon backgrounds. It’s flat but not at all boring: lots of different angles are used to portray the same scene so that there’s depth. Dinah is a woman pulled in multiple different directions as she tries to understand her past to move forward with her future. There was also a preview of Rebirth Birds of Prey in the back! I can’t wait to get to it… after I eventually finish Simone’s run 8D;;