Top 5 Wednesday is a weekly meme from Goodreads, created by Lainey from Gingerreadslainey and now moderated by Sam from ThoughtsOnTomes.

I’m going back in time in the T5W bank, because today’s was sci-fi/fantasy related again and I just did one of those! Let’s mix it up a bit =P I’m slowly getting back into games after trying Horizon Zero Dawn~

Thought of you, Nancy! =P Eleanor & Park is an incredibly cute but incredibly heartbreaking story about two misfit teenagers falling in love. It’s set in the ’80s, but I often forgot that while reading it because the story and themes are so timeless. I think it would make a great 8 bit platformer game. You could alternate playing as Eleanor and Park every other level, and find different comics and tapes referenced in the book to give to the other person. There could be a heart meter that goes up or down depending on how many or what you find and give. And maybe the game would reveal the three mysterious words on the postcard – and change every time depending on how you play and how full you get the meter!

The first book is amazing and even if the sequels aren’t on the same level, y’all should read it. This trilogy is about a girl with blue hair named Karou, an artist who’s raised by monsters. One of her guardians deals in animal teeth, and you find out later he builds other creatures from the teeth he collects and strings together like necklaces. Wouldn’t that be an awesome sidequest in a game??? Finding teeth and stringing them together to build creatures for an army, each animal with different stat attributes? Deal me in! 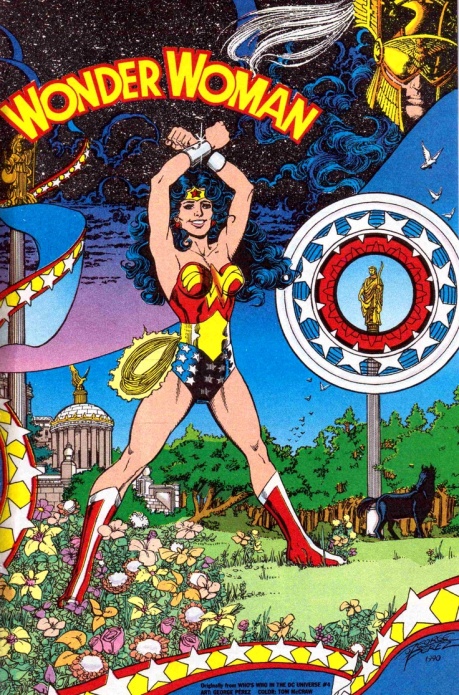 Okay, I admit I’ll take any incarnation of WW as a game, but the story and art of this run are iconic and stellar! I think it would lend itself well to a video game. There are also plenty of plot threads – main and side – that would translate well to a game. As it was written in the ’80s, I imagine it as another 8 bit sidescroller… complete with all the melodramatic cheesy dialogue goodness! 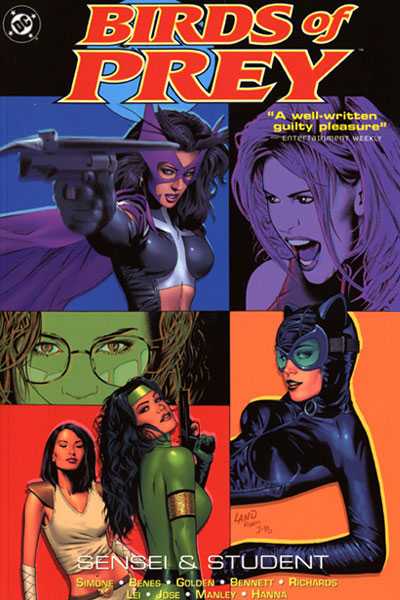 2. Birds of Prey by Gail Simone

There are a lot of angles from which a Birds game could be played. You could play strictly as Oracle, where you choose the heroes you send into the field, and see them from a birds-eye view (pun not intended!), and manipulate them as if you were playing a tactical board game. In addition to moving your heroines around, there could also be puzzles to solve and codes to crack in order for the mission to succeed. You could also play as one of the heroes and go into the field, with Oracle as your AI guide, for a more action-oriented game. I feel no matter which incarnation you get, there should be a role-playing element, to highlight the bond between the Birds so evident in the comics!

Okay I know we’ve had ports of movie tie-ins to just about every console and handheld from the PS1 and GameBoy on… we had Pottermore back when it was actually a game (and I’m still incredibly salty it’s not anymore)… but wHERE IS MY HARRY POTTER SIMULATOR??? WHEN CAN I MAKE MY OWN CHARACTER AND PLAY AS HER THROUGH HOGWARTS??? WHEN?!!?!? IT’S 2017 AND WE DON’T HAVE THIS YET AND IT’S A TRAVESTY TO HUMANKIND TBH

What book to game incarnations would you want to see? =D