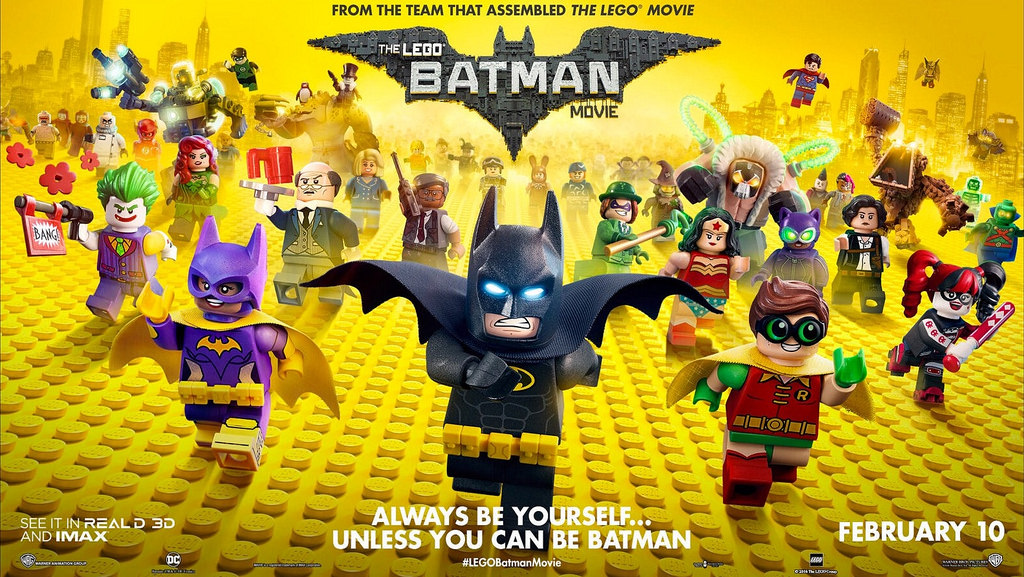 This year my Valentine’s date with my boyfriend was seeing the Lego Batman movie! Suffice it to say it was the perfect date night movie =P

Batman is awesome! He saves the city on the regular from all kinds of villains, but mostly the Joker. Everyone in Gotham loves him for it! And yet… Batman is alone a lot. He doesn’t have any family, or really anyone he can call a friend. But it’s okay, he doesn’t let it bother him.

The Joker, offended that Batman won’t admit that he’s his greatest enemy, schemes to get Batman to admit how much Joker means to him. And that means… surrendering with all the other villains at the gala for Barbara Gordon’s promotion to Commissioner of Gotham City! Without any villains, Batman won’t have any crime to stop! A very bored Batman will do anything to get Joker out of jail and back to wreaking havoc on the streets of Gotham. Watching a newscast of Superman talking about banishing Zod to the Phantom Zone gives him an idea… a very good, yet very bad idea. But when sending Joker the Phantom Zone backfires horribly, it’s not a job that anyone can take all on their own – not even Batman. Can Batman truly learn to let people into his life and work as a team? Will he be able to stop the Joker?? Can there really be room for more than one butt in the Scuttler???

This movie is HILARIOUS. Everyone in the theater was dying at just the introduction and the laughs never let up. Not only were there plenty of butt jokes, but also jabs at Batman’s past movies, current DC movies, and even a running Marvel joke to keep both kids and adults entertained. There are lots of villains, including unexpected ones, to keep the action going and hints that Lego Batman is part of a bigger Lego-verse. Hardcore DC fans will be annoyed at how OOC Batman gets (I got there at some points… I mean I know it’s a kid’s movie but come on), but the writing overall is solid. There’s a great message about teamwork and family for everyone, as well as plenty of action.

And, of course, y’all knew this was coming… BATGIRL WAS AWESOME ❤ ❤ ❤ I WOULD GIVE MY RIGHT ARM TO SEE MORE OF HER IN ACTION IN THE LIVE ACTION DCMU!!! PLZZZ DC

6 thoughts on “The Lego Batman Movie”