I can’t remember ever doing a top 5… oops! =P Here are the authors of some of my favorite comics: 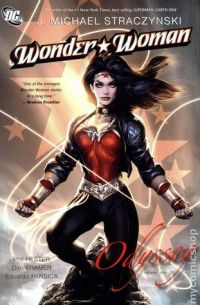 Straczynski is more known for his Marvel work, particularly his The Amazing Spiderman run from the early 2000’s, but I loved what he did with Wonder Woman in Odyssey. I mean, look at that costume! SHE’S GOT PANTS AND A LEATHER JACKET!!!

Busiek has written for both DC (Trinity) and Marvel (Avengers), but has also written plenty of graphic novels that aren’t comics. This includes the Autumnlands graphic novel, which I absolutely adore!

Loeb has penned a lot of great Batman comics, including Hush and The Long Halloween, both of which were beautiful and haunting. He also wrote Batman/Superman: Public Enemies and Supergirl: Power.

Call me biased… but she writes the Bombshells series =P She’s doing absolutely brilliantly and I can’t wait to see what else she does with the series. 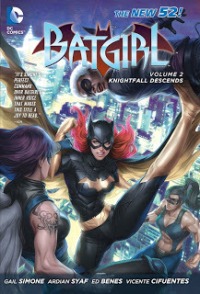 I would read anything this woman writes. Simone could write a trashy romance novel and I would read it without question. Her characterization is always on point and she makes me love my favorite superheroines even more. Among her titles are New 52 Batgirl, Birds of Prey, and Wonder Woman.

And there you have it! My favorite comic book authors