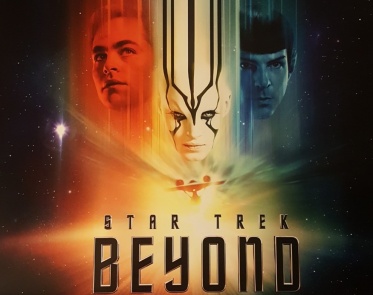 This movie was released to coincide with the Star Trek franchise’s 50th anniversary, and I felt that it was a just a place holder and not a block buster. While I definitely enjoyed it, especially the ending, I’m not sure I will remember the villains or the plot years from now which had become a problem with the TNG movies.

A funny opening scene with Kirk trying to flex his diplomatic skills, and basically failing.

The interactions between Kirk, Spock & Bones and the different parings of characters on the planet Altamid.

Sulu’s husband and daughter are shown, which is supposed to be a shout out to George Takei and an acknowledgement there should be more LGBTQ representation in the Trek universe.

Star Base Yorktown was beautifully rendered. I always like seeing crowd scenes in Trek movies and how they represent humans and aliens from all over the universe. Love the costumes!

I liked the stranded Jaylah. She had spunk.

The soundtrack of Beastie Boys and Public Enemy! I liked the line that it was “old fashioned” music.

I liked the picture that Spock looks at of the crew of TOS when going through old Spock’s belongings. Nice tribute to the cast that started this phenomenon! ♥

The villain Krall (even though I just saw this movie this weekend I had to Google the villain’s name). I liked the explanation of who he was originally and his thought process, but that plot didn’t hold up completely. The way he acquired energy from others to extend his life was murky, and how it altered his appearance, I can only guess at.

There was a whole “suspension of disbelief” that a whole star ship would risk all the ship’s crew to do a rescue mission in a nebula that would make them out of touch with the Federation. Realistically, they should have sent a smaller ship and crew.

Knowing this would be the last time we’d see Anton’s portrayal of Chekov. I heard they will not recast him in the next movie, so I wonder what the explanation will be for his absence from future Star Trek films. At least Anton/Chekov’s last portrayal showed him being an integral part of the action and saving the crew.

Uhura’s lack of storyline and that the romance between her and Spock was reduced. They had no chemistry in this outing, despite having great sparks in the first movie. I totally was shipping them, now not so much. I still have hope…

They could have done so much more with Sulu’s supposed same sex marriage. The relationship is merely implied, the poor guy portraying his “husband” had no lines and there should have been a kiss between the two to confirm the relationship.

The motorcycle?? Come on.

While I really liked Jaylah, her backstory took away from potential character development of characters such as Uhura, Chevok, Sulu and Scotty.

But all in all, a very solid Star Trek movie that will guarantee the movie’s future production in the years to come and beyond! 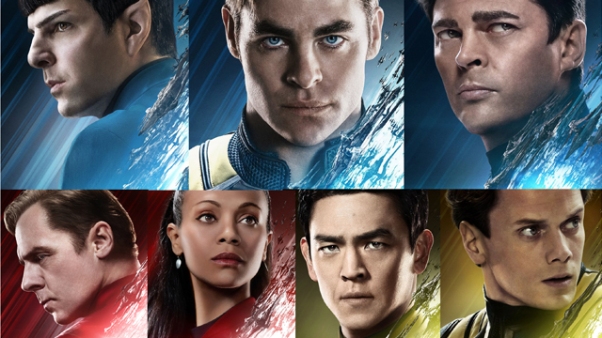 3 thoughts on “Star Trek Beyond”