Top 5 Wednesday is a weekly meme from Goodreads, created by Lainey from Gingerreadslainey and now moderated by Sam from ThoughtsOnTomes. This weeks topic is Favorite Literary Fathers/Father Figures, although I am going to tweak it for the movies. 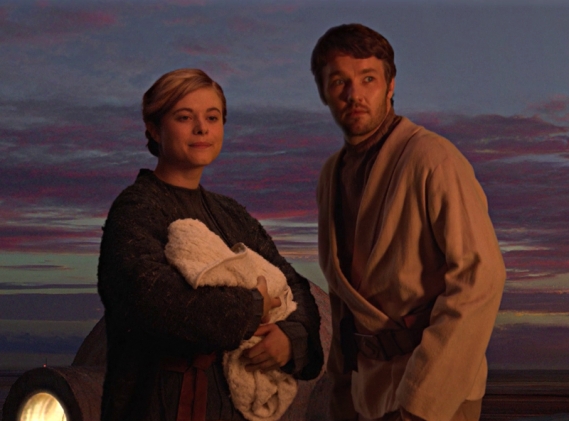 Luke’s adoptive parents: His Uncle Ben and Aunt Beru who raised Luke on the planet Tatooine and tried to shield him from danger.

Boba Fett with his son Jango Fett, a  literal chip off the same block.

Ben Kenobi is the ultimate Father Figure to Luke, as he is the one that starts Luke on the path to becoming a Jedi.

And finally, the most bad-ass father of them all, Darth Vader. For a lighthearted look at if Darth Vader had raised Luke and Leia, read the children’s book Darth Vader and Son and Vader’s Little Princess by Jeffrey Brown!