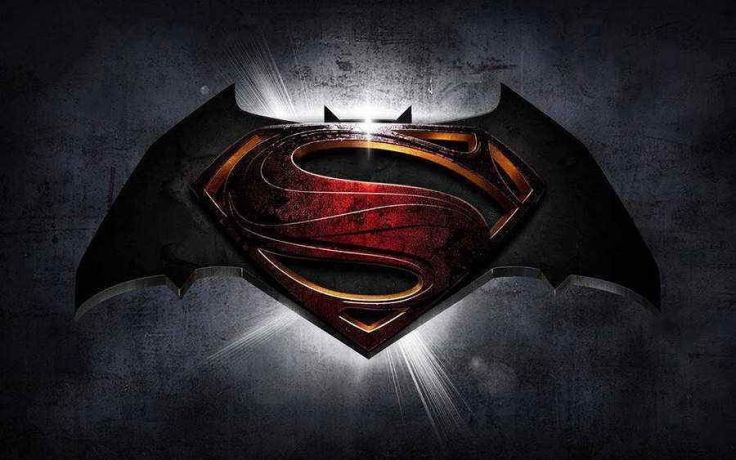 My boyfriend and I were so excited for this movie we leapt out of my car immediately after parking and practically sprinted hand in hand across the lot to get to the theater. Inside, it was apparent what camp everyone was in. Batman symbols glared neon yellow from every corner of the crowded lobby. I noticed only a handful of people wearing Superman – and as far as I could tell, I was the only one all decked out in Wonder Woman. We had to wait a few minutes for seating to begin, but once we got in, even though it was a full house, we still got good seats. Near the back, on the wall. We settled down, ordered our food, and waited impatiently for it to begin.

The film begins with the destruction of Metropolis at the end of Man of Steel from Bruce’s point of view. The fall of the Wayne Enterprises building begins his crusade against Superman. Lois Lane uncovers a plot of blackmail against Superman – but who’s doing it, and why, is something she’s determined to discover. Clark Kent is trying to write about the brutal Bat of Gotham to hold him accountable for his crimes. He is trying still to learn what it means to be a hero, to be looked on as a god. Young Lex Luthor worms his way into a Kryptonian ship wreck to learn it’s secrets. Through it all, Bruce keeps running into a mysterious woman – could they be after the same thing? What eventually pits Batman and Superman against each other? And when night and day finally do go head to head, who wins?

Forgive me for being concise, but I just don’t want to give too much away. I know what it’s like to be spoiled for something you’re really excited for! I will say, it took a while for the film to really get going. There are a lot of plot threads (as my boyfriend put it, “disjointed elements.” To each his own =P ) that didn’t start coming together until at least halfway through. They really packed a lot into it. There were still some questions that were left unresolved at the end of the movie. Some of it makes sense, because this is the movie that’s supposed to launch the rest of the DC movie-verse. Some of it was just… honestly, kinda weird.

As far as acting, I am sorry I ever doubted Ben Affleck. He was a brilliant Bruce Wayne. Jeremy Iron’s Alfred snark was ON POINT. These two were great together. Jesse Eisenberg, while not totally there yet, laid a good foundation for the cold, calculating Luthor we know and love. For most of the movie, he just seemed like an evil genius kid who inherited all his family’s fortune. I thought he was all right, but didn’t totally sell me.

Gal Gadot as Wonder Woman, though. OH MY GOD. SHE WAS AMAZING. SHE WAS EVERYTHING I HOPED SHE WOULD BE!!! I was clutching my boyfriend’s arm the entire movie, but I flipped my shit when she showed up. Probably left bruises on him, poor thing. The WHOLE THEATER applauded when she showed up during the big fight. I maybe might have screamed a little bit (this is why I can’t watch anything in company. I make too big of an idiot of myself). This was just a little teaser for her own movie (and Aquaman and Flash even smaller teasers), but I AM SO INCREDIBLY PUMPED FOR NEXT SUMMER!!!!! I don’t know how I am going to survive!!!!!

Here’s my main problem with BvS, though. Henry Cavill was a nice-looking, albeit stoic, Clark, but his performance – dare I say, his whole character, was overshadowed by everyone else. And it was his own movie! The whole palette of the film was dark and gray, not like Clark at all. Clark is not stoic, he is not broody, he is not the dark side of heroism, but this is how he was portrayed in this movie and the last. I am getting really tired of DC trying to shove Clark aside and/or into a role he does not fit in order to appeal to a specific audience, or in order to make him more popular – i.e., like Batman. Repeat after me: Clark Kent deserves better. His character seemed better written in this movie than in Man of Steel, at least, though it’s not apparent until about 3/4 of the way through. Clark Kent deserves better!!!

When all was said and done, I liked it. I have some major problems with it, as outlined above 8,D;; The rest of my issues will be resolved once more movies start coming out and the DCU starts establishing itself. I ended up owing my boyfriend a milkshake though. I lost our bet on whether or not Bruce and Diana would become romantically involved. There were plenty of hints to keep us wondering, though, which is good enough for us – for now ;D